Posted on July 27, 2018 by DrinkPreneur in Brand News 0 Comments 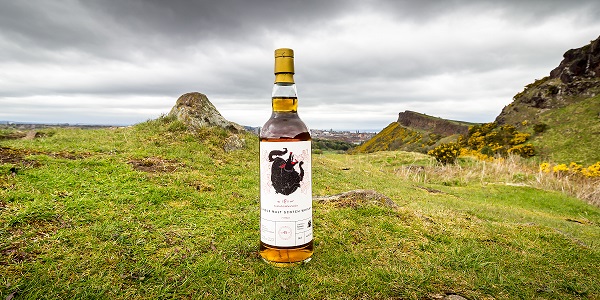 A 45 Year Old Ben Nevis 1972 Single Malt, with a design inspired by the Scottish legend of the Cù-Sìth, has earned a Gold Award for taste in the 30 – 45 year old category at the 2018 International Wine & Spirit Competition.

Taking away the prestigious industry award in the Highland Single Malt 30 – 45 Year Old category, this 45 Year Old Ben Nevis 1972 Single Malt (70cl; 43.2% ABV; £650 RRP) was aged in a sherry hogshead. A highly limited release, of which only 228 bottles are available, this is the first in Cask 88’s series of single cask whisky bottlings inspired by legends of Scottish folklore.This venerable Ben Nevis whisky is typified by the Cù-Sìth, a terrifying large hound, with a murderous bark, said to stalk the Highlands of Scotland.

The Cask 88 Scottish Folklore series is intended to bond the stories of Scotland’s unique history with the very finest expressions of its spirit; the beastly Cù-Sìth was deemed the perfect match for the equally indomitable spirit of the Ben Nevis Highland whisky. Legend tells that anyone with the misfortune of hearing the beast bark three times will be transported to the underworld.

“When naming this whisky after the formidable Cù-Sìth, we believed we had a whisky truly deserving of the association with this notorious character in Scottish Folklore,” said European Sales Director Jonny Fowle, also whisky tastings and event organiser at Wandering Whisky.

“Both have drawn upon the region to develop in character and repute throughout the ages, making for a fine match. It therefore gives us real satisfaction, and delight, to see this special whisky gaining international recognition.”

The Cask 88 Scottish Folklore Series will consist of six unique, single cask expressions, with each expression dictating the myth or legend it embodies. Each release in the Cask 88 Folklore series will feature a mythical beast who has roamed the highlands, stalked the lowlands or inhabited the islands. Cask 88 have worked closely with art historian and Celtic Revival specialist Dr. Frances Fowle (co-curator of the Celts: Art and Identity exhibition, British Museum, 2015-16) to understand the history of the Cù-Sìth legend and its place in Scottish folklore.

The first bottling in The Cask 88 Scottish Folklore Series: Cù-Sìth is available for purchase from the Cask 88 online bottle shop and in person from Cask 88 Sales Representatives globally.

Aroma: Mild nose-feel. A massive fruity aroma immediately emerges – fresh fruit salad, including pineapple and mango, developing into lemon sherbet sweets – with a perfumed middle (scented oil, aroma therapy oil), on a base of vanilla fudge. It holds its aroma very well in the development, the fudge edging towards treacle toffee.

Taste: A smooth texture, with a fresh, sweet taste overall, a touch of crisp acidity and a long, lightly warming finish. A faint aftertaste of sandalwood.

Comment: An exotic whisky, highly aromatic, fresh and gentle. It wears its age remarkably well, and is very easy to drink.