Posted on February 8, 2017 by DrinkPreneur in Brand News 0 Comments 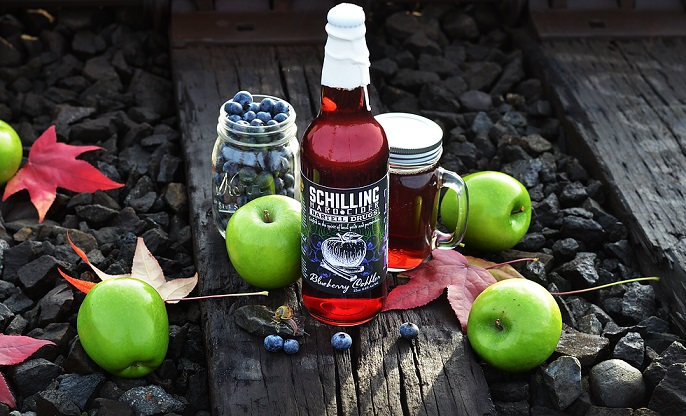 With its record crushing number of rotating draft handles of craft only hard cider and its sizable international bottle selection, the Schilling Cider House is notorious for being an educational, yet casual, destination for cider makers and cider lovers alike. This spring, with the launch of their second location in the Goat Blocks district of Portland, Oregon, the Schilling Cider House will be adding a micro production of specialty sour barrels, handcrafted by one of only a few female cider makers in the Northwest, Jennie Dorsey.

Jennie began her cider journey over ten years ago in England where she worked part time at a local pub while attending beauty school. She recalls her first pint of English cider with perfect clarity; it was “funky, frothy, thick, but still fruity, it was everything I liked in wine but ramped up. It was full of flavor and complexity but was as approachable as beer.” Jennie spent the next couple of years traveling Europe and educating herself on all things cider and the nuances that each culture brought to the fermented fruit. By the time Jennie returned to the States, she knew cider was her path.

For nearly three years, Jennie has worked as a regional sales manager for Schilling Cider and is one of the founding members of the Pomme Boots Society, an organization designed for women who work in the cider industry. This spring, she will be transitioning to the roll of Oregon Cider Maker and Regional Operations Manager.

When talking about all the new things happening at the Portland location, Jennie says, “The sour barrel program is something I am really looking forward to, and I’m even more excited to showcase cider in a way that’s never been done before.”

Patrons of the Schilling Cider House in Portland will be able to sample the cider sour barrel creations from a small, designated firken at the bar. Jennie says, “the goal of the sour barrel program isn’t to make a profit, it’s to be used as a tool educate cider drinkers and further develop the cider palate.”