Posted on August 17, 2016 by Ugne Butkute in Beverage Startups 0 Comments 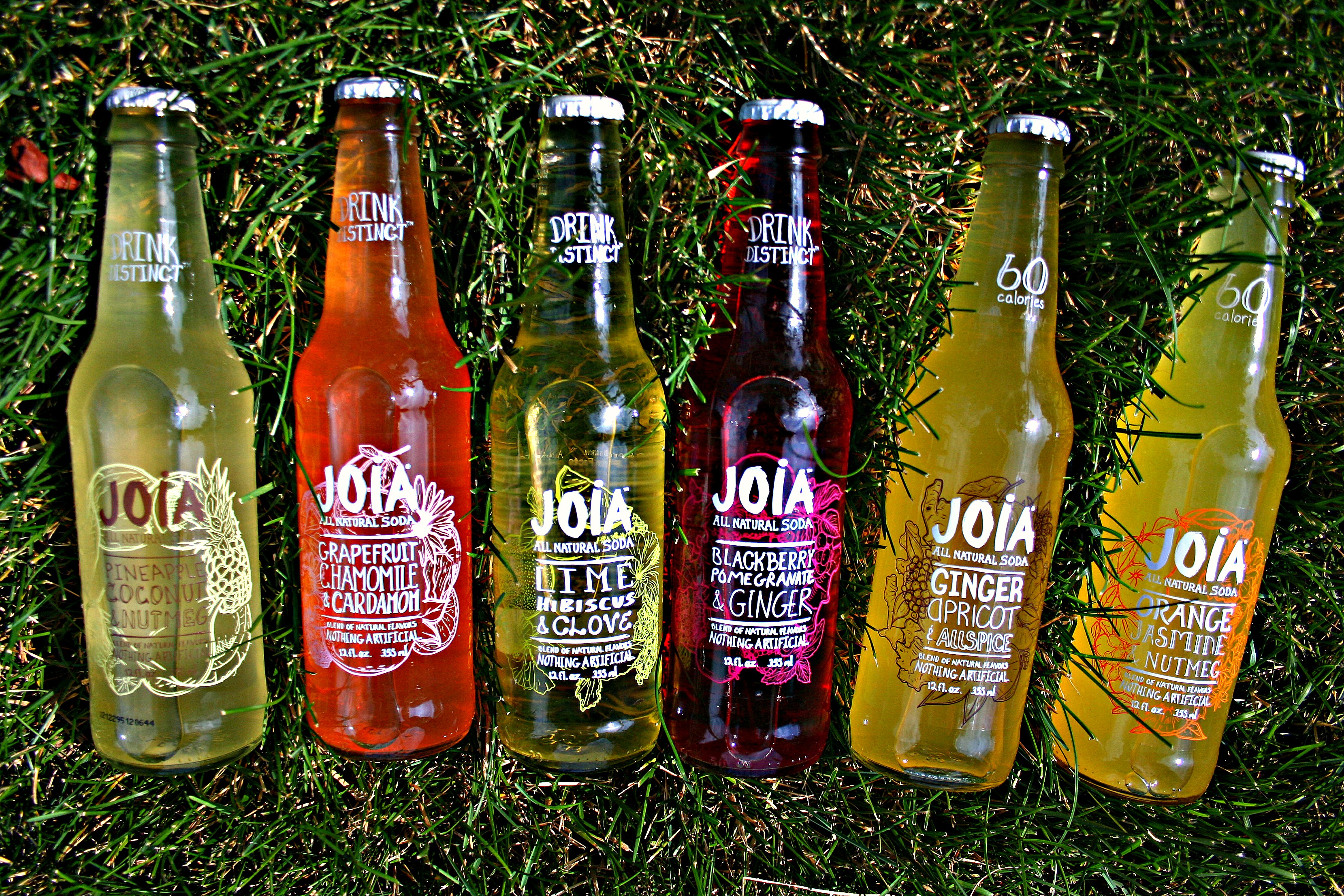 I believe the beverage industry has a lot to offer to even the fussiest consumers in the United States. For many years, soda consumption has been a major topic due to the amount of sugar in these beverages. In 2016, soda consumption in the United States has fallenn to 30-year low. However, the variety of soda products is still huge. Today I have the pleasure to talk with the owner of Joia Soda. Produced in Minneapolis, Joia Soda is a refreshing choice for soda lovers.

When did the idea of Joia Soda first appear?

In May of 2010 two long time friends, Bob Safford and Steven Walker, had lunch because Bob had an idea he wanted to float. Why not an alternative to Big Soda that would be more flavorful, fresh, adventurous? Bob, who doesn‘t drink alcohol, wanted more and better nonalcoholic options.  They agreed to explore the idea more fully with other friends.

What are the biggest obstacles Joia Soda has overcome since its establishment?

Distribution and cash needs.  Distributors are hesitant to take on new nonalcoholic beverages especially in the smaller craft soda market.  Few beverages succeed or get much market penetration and the early investment in establishing a brand is high.  Producing craft soda in small batches and attempting to grow beyond a small region is a mostly cash up front business.

Did the founder of Joia Soda have any experience in the beverage industry before he established Joia Soda?

The 3 founders (Carleton Johnson is the third), collectively had experinece in varied small business start up, marketing, and with packaged consumer goods, but not with beverages specifically.

Joia Soda has 6 different flavours. Which one is the favorite among Joia Soda consumers? Are you planning to launch new flavour in the future?

We‘ve put our Lime Hibiscus Clove on hold so are currently producing 5 varieties. Panera Bread carries Grapefruit Chamomile Cardamom in more than 1600 locations so it‘s definitely a top seller.  Personally, I love Orange Jasmine Nutmeg, but you‘ll find a die hard fan for each of the flavors.  Hard to choose! 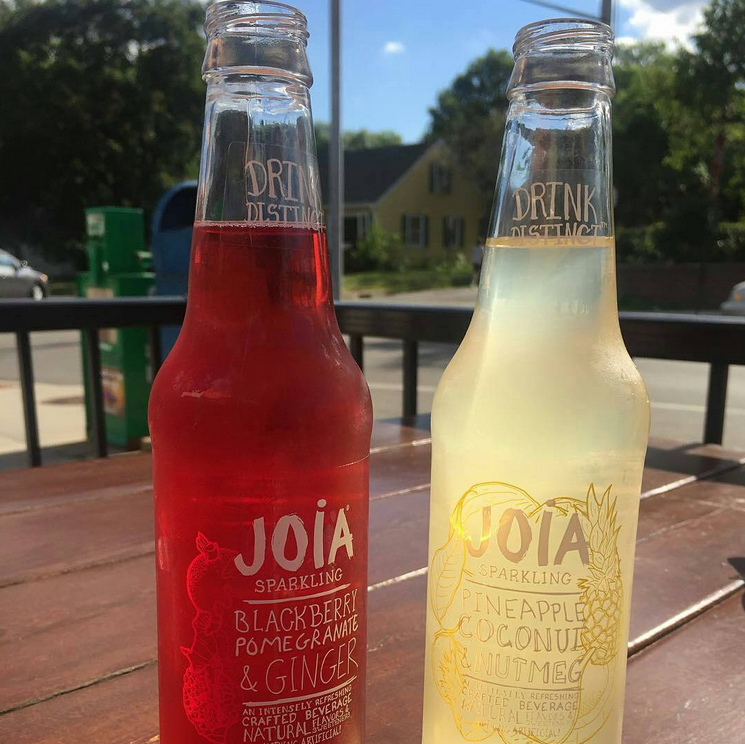 We‘re always testing and creating new flavors, but none that we‘ve launched recently.  I would expect that you‘ll see 1 or 2 new flavors next year.

We are launching a line extension.  Joia Spirit will come out next week (mid-August) in Minnesota, Nevada, and Illinois.  Joia Soda makes a great mixer (somewhat ironically given Bob‘s impetus for creating the soda in the first place); Joia Spirit is our great tasting soda mixed with alcohol in a 12 ounce slim line can.

The list of cocktails on your website is quite large. Which one do you prefer? Why? Have you tasted them all?

I have not tasted them all though our Mixologist has. You can‘t beat Blackberry Pomegranate Ginger and Prosecco (half and half) for an easy, festive cocktail. I add a few drops of an interesting bitters to mine.

Most of our distributors are evasive about where they‘re selling Joia so it makes the updating of the web locator challenging. What you‘ll find on our web locator are the larger chains that carry Joia and some single markets/co-ops and cafes, coffee shops.  We estimate that we have about 5000 actual locations nationwide and in Canada.  Outside Canada, we don‘t have a presence globally.  It‘s expensive to ship bottles overseas so Joia is cost prohibitive outside North America.  There are also trademark issues in Europe and Mexico.

At the moment, what are the biggest challenges in the U.S. beverage market?

There certainly is a lot of competition and shelf space is difficult to get and maintain. Consumers are wisely focused on food that is better for them, but staying informed and demanding company transparency is hard.  The definition of natural is variable and needs to be defined. The vast majority of new beverages fail. 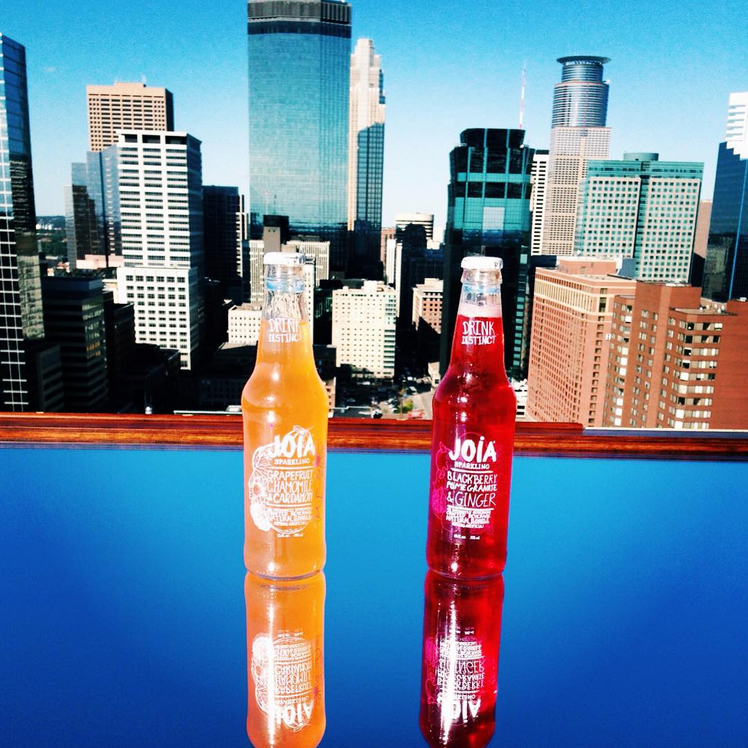 The sugar tax in the United Kingdom has caused a huge uproar all over the world. In your opinion, is it necessary to issue similar restrictions on sugar consumption in United States? Why or why not?

Berkeley and Philadelphia have instituted a sugar tax on some beverages as well. Will a tax decrease consumption of beverages with sugar? If that‘s the purpose, I don‘t think it‘ll be more than marginally successful. Sodas are in the harsh spotlight currently and that‘s not a bad thing even if it is challenging for producers, but sugar exists in so many foods.  Why not a sugar tax on candy bars, bakery goods, condiments, yogurt, fruit juicies?

Where do you see Joia Soda 3 years from now?

I think you‘ll see us in more fast casual restaurants perhaps in the beverage fountains. New flavors of course including the introduction of zero calorie Joia (we‘ve been working on this for 1.5 years; very hard to create the distinct deliciousness that we can give the Joia name).

What advice would you give to beverage startups? What mistakes should they avoid in order to succeed?

It‘s a tough business. Get plenty of money. Estimate what you need and then triple that amount and plan on a continuous money raise for the first 5 years. Put together a good team. Seek out mentors and partners.  Meet others in the industry. They‘re mostly a good lot and help each other out. Read Mission in a Bottle-The Story of Honest Tea.  It‘s written in a comic book style that‘s easy to read and many of the same things that Seth and Barry ran into along the way, Steven, Bob, and Carleton at Joia Soda have experienced as well and likely so will new entrants.