Posted on July 29, 2016 by DrinkPreneur in Beverage News, Marketing 0 Comments 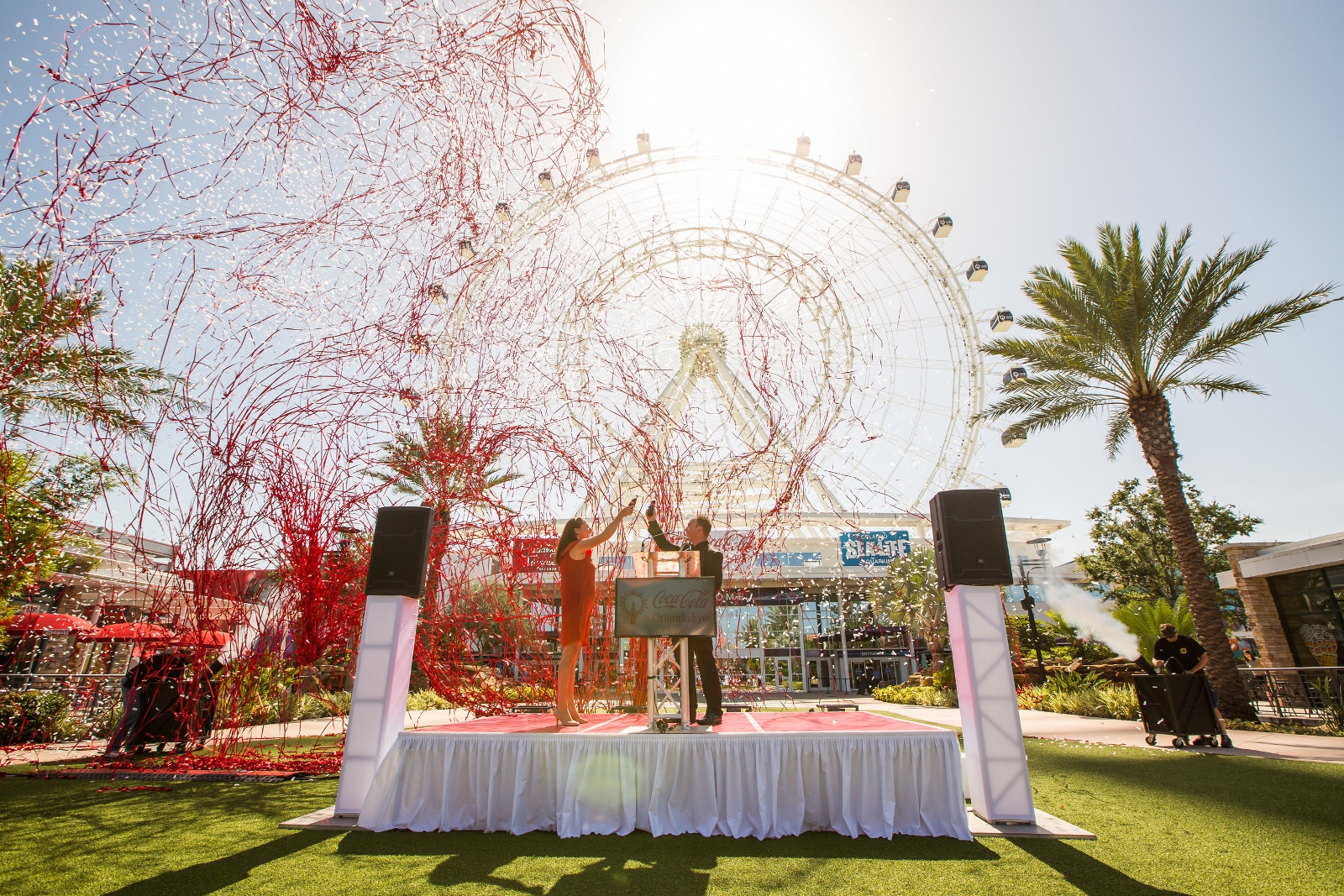 I-Drive 360 today celebrated the new name of its extraordinary addition to the Orlando skyline, the Coca-Cola Orlando Eye. Inaugurated on May 4, 2015, I-Drive 360 celebrated its arrival as Orlando’s newest entertainment and dining destination. It is the largest observation wheel on the East Coast of the United States, offering unparalleled 360-degree views of Central Florida within the comfort of 30 air-conditioned passenger capsules.

The partnership between the Orlando Eye, its operator Merlin Entertainment and Coca-Cola offers an exciting new experience for guests visiting I-Drive 360. Coca-Cola’s signature red and white colors will provide guests a bold and contemporary feel from the moment they enter the Eye’s terminal building. The experience continues with VIP treatment in select capsules outfitted in unique décor, high energy music, selfie sticks and coolers of Coca-Cola products.

“I-Drive 360 is delighted to be the home of the Coca-Cola Orlando Eye. The partnership with Coca-Cola further reinforces the Eye as Central Florida’s iconic symbol and a must experience for both visitors and residents,” said John Stine, Director of Marketing and Sales for I-Drive 360.  “The Coca-Cola Orlando Eye further reinforces the outstanding blend of attractions, dining venues, shopping and lushly landscaped courtyard that make I-Drive 360 Central Florida’s premier entertainment complex.”

Located in the heart of International Drive, the new 400-foot Coca-Cola Orlando Eye is the tallest observation wheel on the U.S. eastern coast, offering an unparalleled way to experience the breathtaking views of Central Florida.

As a top visitor attraction for the tourism capital of the U.S., the new Coca-Cola Orlando Eye, part of the I-Drive 360 entertainment and dining complex, showcases 360-degree views of Central Florida, including nearby theme parks and attractions, downtown Orlando and Kennedy Space Center on Florida’s east coast, all within the comfort of 30 air-conditioned glass capsules. Each capsule has room for up to 15 guests to enjoy a serene 20-minute journey above the scenic landscape.

Included in the Coca-Cola Orlando Eye journey is access to the pre-flight 4D cinema experience, taking guests on a full 3D aerial journey of Florida, with the added dimension of sensory experiences, including lighting, wind, spray and scent effects. Select capsules will be Coca-Cola themed where guests will experience special décor, upbeat music and Coca-Cola products.