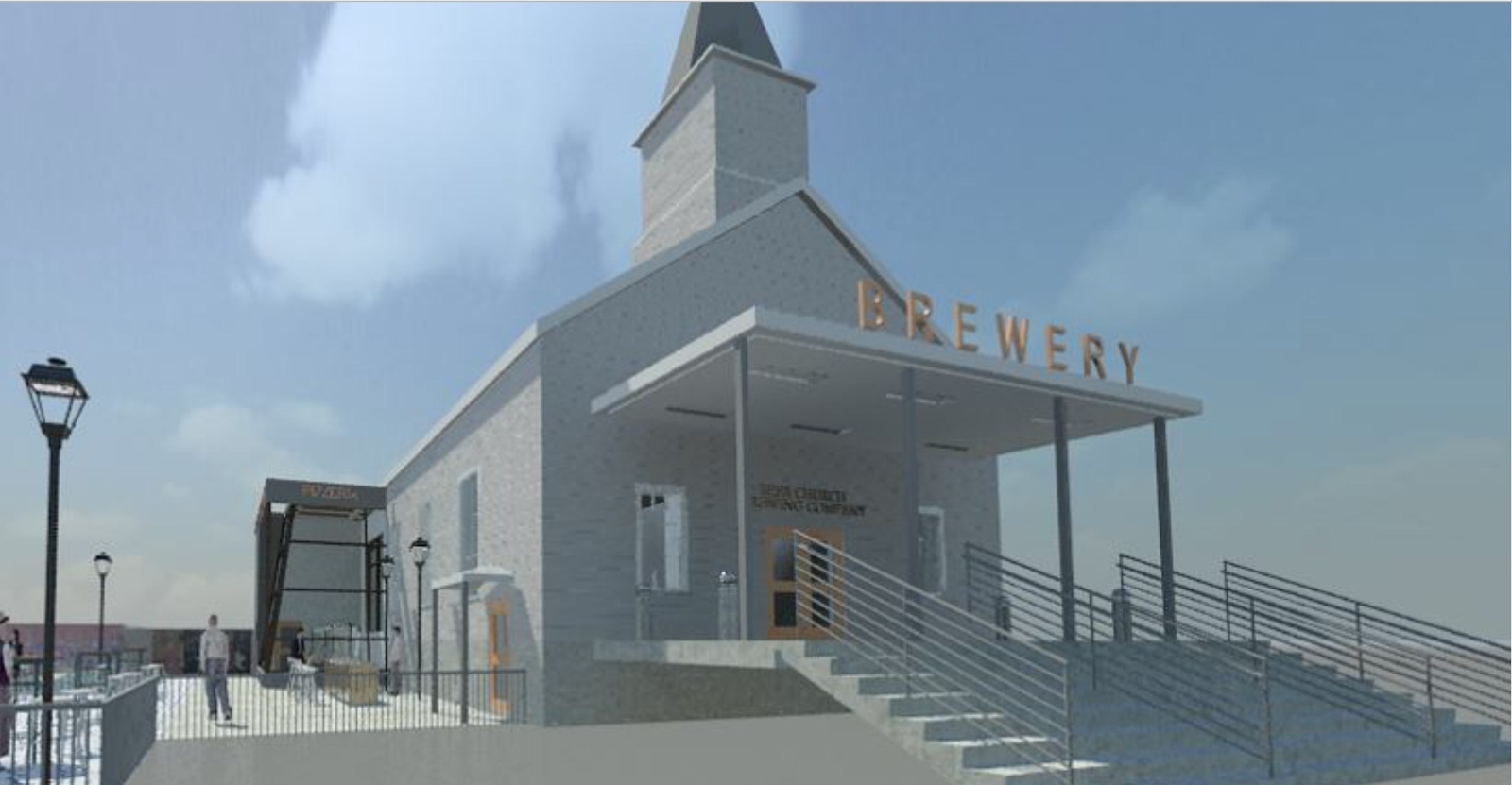 Yet the feeling remained that had they only been able to broadcast their offering on social media, the brand with a rapidly-growing following would have been able to tap into a much broader investor base of fans.

SEC rules at the time handcuffed brands like Beer Church that seek to crowdfund outside of more than a single state from publicizing their offering on Social Media, but that all changed May 16 with Title III of the Jobs Act taking effect.  And Beer Church and Localstake are among the first to take advantage of the opportunity for a second, bigger bite at the apple.

“Instead of hiding those beautiful stainless-steel brewing tanks in the basement, why not go Louvre?” asked Pat Lee, President of Lee Companies.

The brilliant idea allowed for larger brewing tanks under glass on adjacent pastoral Beer Church Gardens, juxtaposed, much like the Louvre—or Soldier Field in Chicago for that matter—against the historic old-world architecture of the church.  Patrons would be able to imbibe outside in the beer garden while gazing upon the actual brewing happening before them under modern glass, contrasting with the aesthetics (and bell!) of the Civil War in bas-relief.  Add in the backdrop of a resort town on the shores of Lake Michigan and you get the bucolic picture.

But like most Big Ideas, it would require Bigger Funding. That’s when Ryan Flynn, Co-Founder of Indianapolis-based Localstake, figured out how Beer Church could follow its recent successful raise with a second round—think Venture Capital series—focusing on the newly added concept of the “Brewhouse Louvre” and taking advantage of new Title III opportunities, allowing for the megaphone of Social Media to come into play.

“We knew Social Media was right in Beer Church’s wheelhouse,” explained Flynn.  And he may just be right.

Of the two Beer Church founders, one, Jane Mayes Simon, a Law Professor at Notre Dame Law School, has been named one of the Top 50 Law Professors on Twitter, and the other, John Lustina, 16-year Chairman of a Forrester Top 20 Digital Agency, is personally credited with having been the architect of Four Seasons Hotels & Resorts award-winning Social Media strategy for the past decade running.

Flynn says the new round of funding will be structured much like the first:  in the form of revenue share through which the business pays investors back with monthly payments based on topline revenue performance.  Investors continue to receive monthly payments until they’ve received a total payback of 1.5x investment.

Thanks to Title III, companies like Beer Church Brewing Co. and Localstake will be making sure more and more citizen fans realize the extent to which they could become involved in their favorite brands.