Posted on February 13, 2018 by DrinkPreneur in Marketing 0 Comments 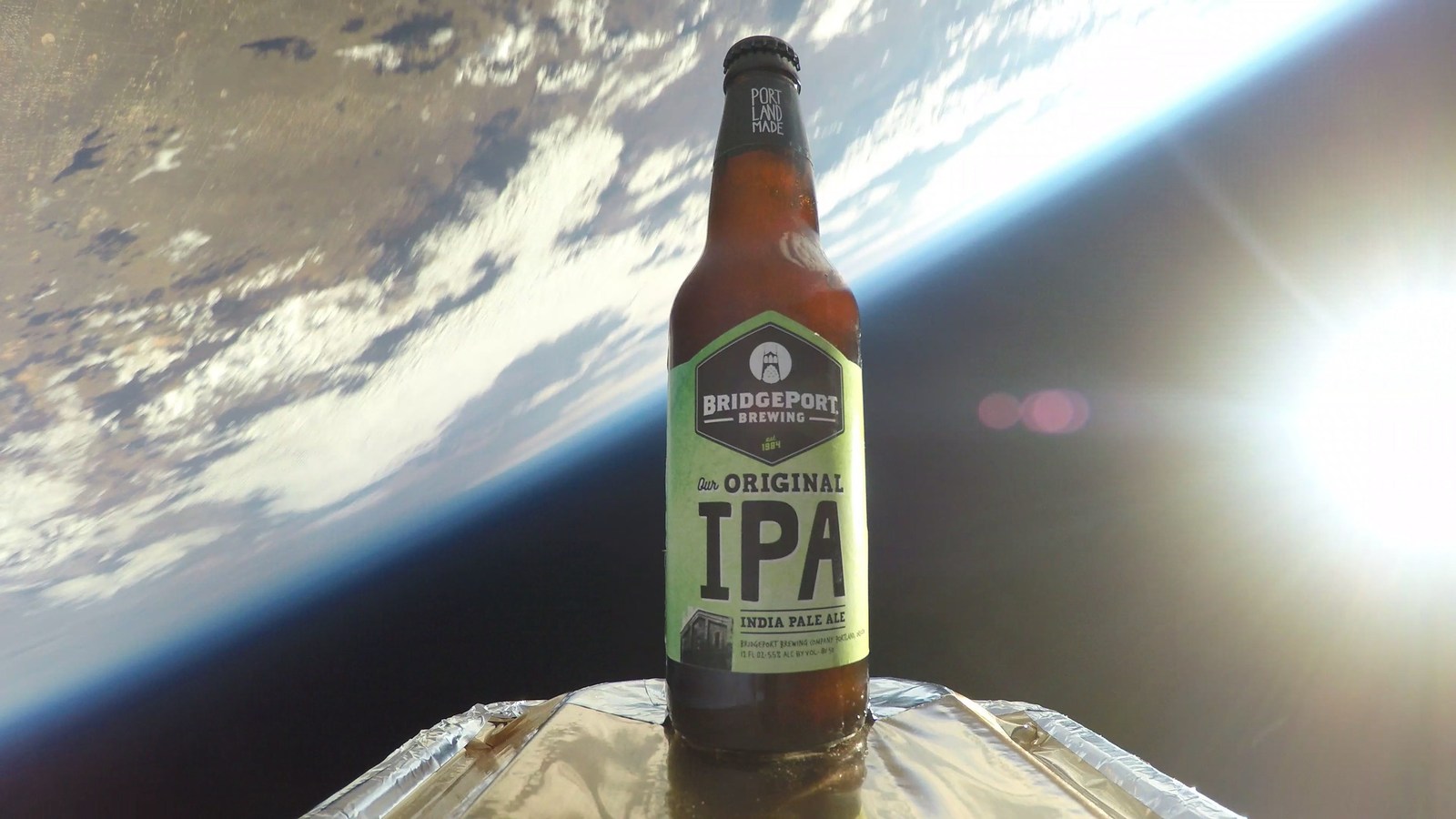 On January 25, 2018, BridgePort Brewing reached new heights with its signature IPA-style brew, shooting it into space to mark multiple milestones for the 34-year-old Portland-based brewery.

After an hour and a half, the bottle flew slightly above 22 miles in the sky as a nod to celebrate the 22nd anniversary of The Original IPA, the opening of the new BrewPub and the enhanced five-barrel brewing system recently added to Oregon’s original craft brewery. The bottle of craft beer dropped back down to Earth via parachute landing intact only 55 miles away from launch point.

In 1996, BridgePort launched the first IPA in the Pacific Northwest igniting Oregonian’s taste buds with an intensity of hops never experienced before.

“The richness of the region’s hop fields inspired BridgePort and set the benchmark for the IPA style,” said Gregor Mina, Director of Marketing. “Hop boundaries were pushed way out and we felt it would be fun to send the brew that helped shape the category ‘way out there’ into space and mark another first for BridgePort IPA.”