Posted on March 6, 2017 by DrinkPreneur in Marketing 0 Comments 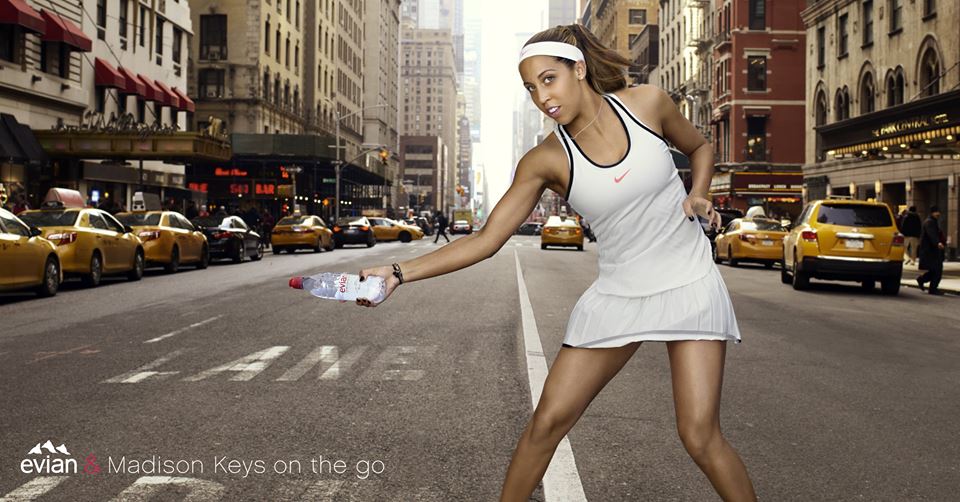 evian, the number one premium global water brand, has launched its new 750 ml sport cap with the help of its newest spokesperson, tennis superstar Madison Keys. Ideal for on-the-go hydration, the bottle is perfect for the active evian drinker, whether at home, in transit, at work or on the courts. Madison, evian’s first American brand ambassador, will be featured prominently in evian’s advertising campaign around the 750 ml sport cap appearing in print, digital, out of home and point of sale displays across retail channels in the US and Canada.

Madison joins the evian Live young team as an evian brand ambassador, alongside Stan Wawrinka, Maria Sharapova, Lucas Pouille and Lydia Ko. Besides the new 750 ml advertising campaign, she’ll support the brand’s sponsorship of the US Open and feature evian in her popular Instagram feed. Supremely talented and vivacious, twenty-two-year-old Madison is the first American woman to debut in the top ten since Serena Williams seventeen years ago. At the age of fourteen, Madison was one of the youngest tennis players to win a match on the WTA Tour at the 2009 MPS Group Championships.

“I couldn’t be more honored to work with evian, a company that understands that achieving excellence takes hard work, time and commitment, the mindset that evian and I share,” said Madison Keys. “I look forward to a rewarding partnership with the iconic brand.”

The creative for the new evian campaign, supplied by BETC Paris, captures the youth and playful spirit of this rising tennis star while effortlessly linking her with evian’s “Live young” philosophy, where youth is about adopting a healthy lifestyle and cultivating a certain mind set.

“Madison Keys is an amazing representative for the evian brand and a natural partner for our latest innovation, the 750 ml sport cap,” said Antoine Portmann, General Manager, Danone Waters of America. “Like evian, Madison understands that it’s the source – where you start from – and the journey itself that shapes who and what you are. We’re now excited to join Madison on her journey to athletic greatness, with evian by her side.”