Posted on November 15, 2016 by DrinkPreneur in Marketing 0 Comments

The California Milk Advisory Board (CMAB) today revealed the design for its “Legacy of Generations” float, which will appear in the 128th Rose Parade® presented by Honda on Monday, January 2, 2017. The Real California Milk float, the second entry for California dairy, will feature multi-generational California dairy farm families alongside a life-size animated cow and the products that have made California the number one dairy state.

Just as the overall parade theme – Echoes of Success – reflects the relationships that contribute to success, “Legacy of Generations” pays homage to the success that comes from the knowledge passed from generation to generation and the essential partnership between the farmers, the land, the animals and their communities. 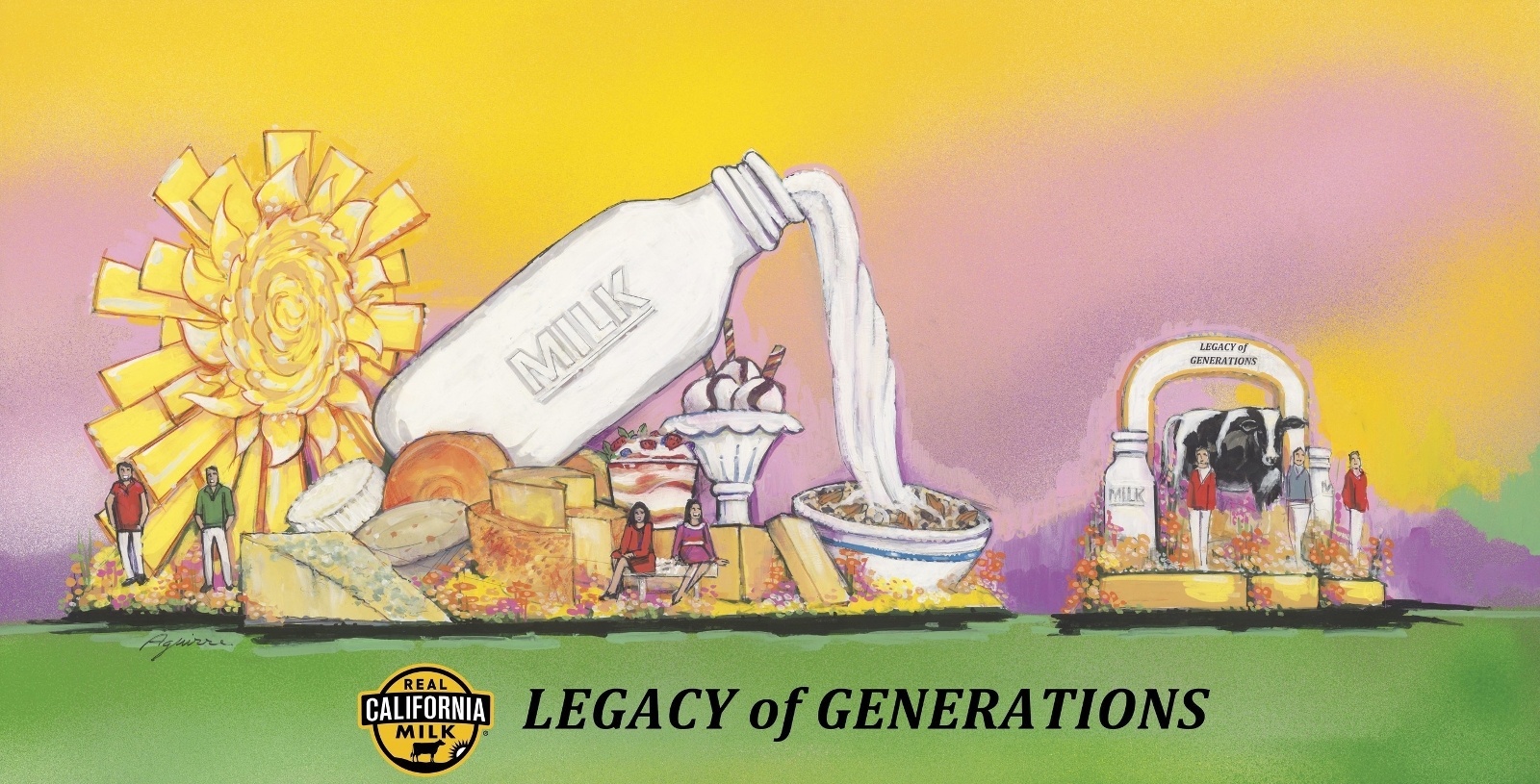 “We are honored to have this year’s Rose Parade float represent the more than 200-year legacy of California dairy and generations of farm families who have committed endless hours to working with the land and animals in their care to produce a real, wholesome and nutritious food,” said John Talbot, CEO of Real California Milk and the California Milk Advisory Board. “The float design reflects the farm tradition passed from generation to generation in the hope that successfully working together can echo throughout the community with healthy, happy people.”

Consumers can look for the Real California Milk Seal on dairy brands to ensure they are purchasing quality products made with 100 percent milk produced by California’s dairy farm families. Products with the seals are available in supermarkets and specialty stores across the U.S.

Viewers can watch the float make its debut in the parade on Monday, January 2, 2017, and see it up close at the Post Parade: A Showcase of Floats on January 2-3 in Pasadena, California.