Posted on October 7, 2020 by DrinkPreneur in Market 0 Comments 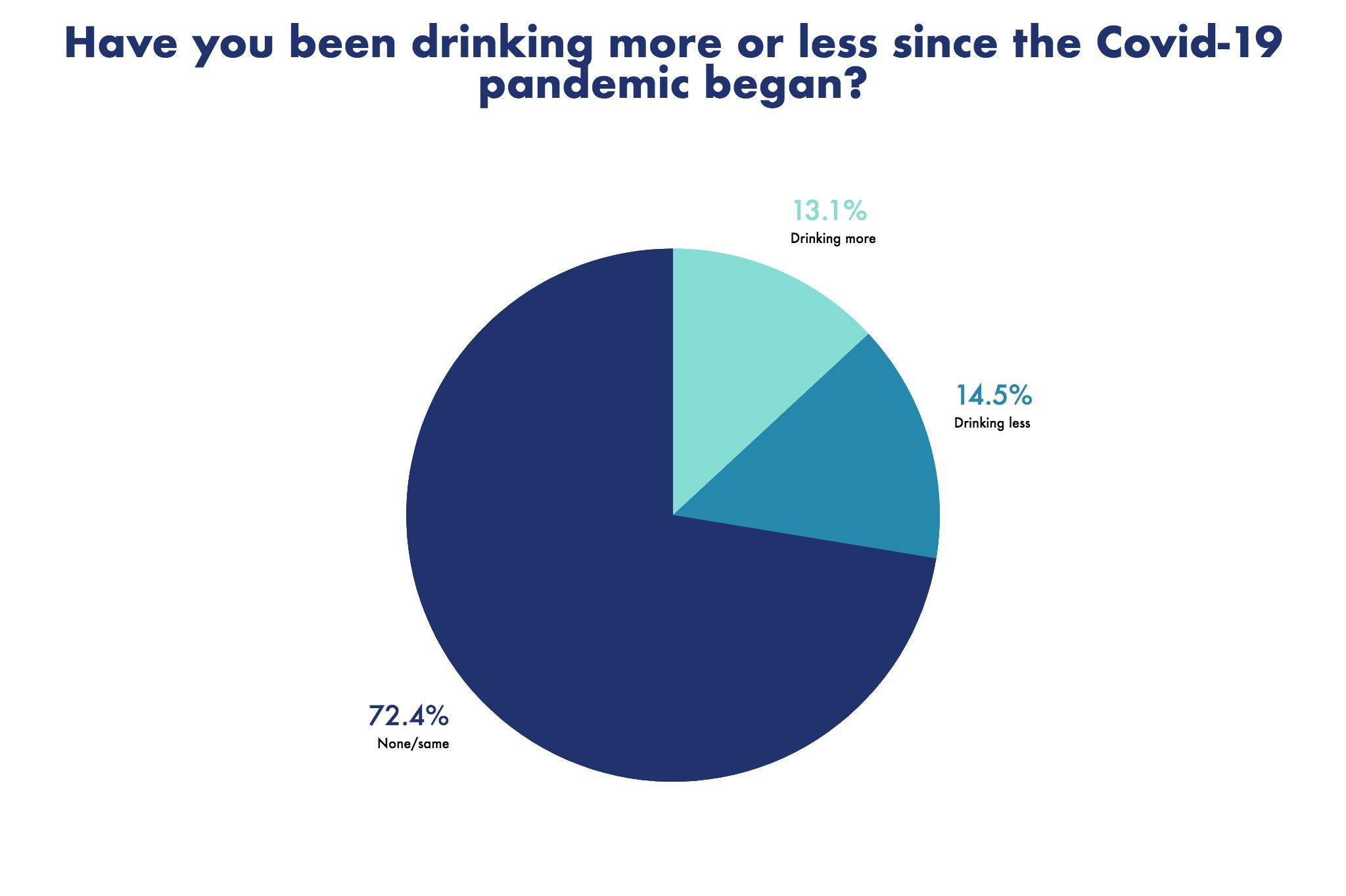 A survey of 500 US adults by Drug Helpline has revealed that most people’s alcohol consumption has not changed since the start of the COVID-19 pandemic. The study found that 13% of Americans have increased their drinking since the virus appeared, while 14.5% have been drinking less.

The Drug Helpline survey found that 10% of Americans want to reduce their alcohol intake into the future. It also found that 85% want to keep their drinking the same, which indicates, reassuringly, that the vast majority have kept their alcohol consumption in check during the pandemic.

Alcohol consumption habits have changed dramatically in the USA during the COVID-19 pandemic, with a shift from drinking in bars to drinking at home. But it is unclear whether consumption overall has increased or decreased. The public health messages on limiting alcohol remain pertinent, and it remains to be seen if there will be long-term health consequences to increased drinking during the pandemic.

A WHO publication on alcohol and COVID-19 highlighted the risks of drinking alcohol, such as a weakened immune system and the development of alcohol use disorders. It recommended limiting or removing alcohol from the diet, avoiding consumption around children, and being aware of false claims that alcohol helps protect against viral infection.

There is broad awareness that alcohol is bad for the immune system, and in a global pandemic people are extra aware of keeping their immune system healthy.

“In my practice, I have encountered patients drinking far more during the pandemic, which is a deeply concerning trend. The latest survey findings show that there has also been a sizeable proportion of the population who have reduced or maintained their drinking levels,” said Dr. Samantha Miller, a physician and spokesperson for Drug Helpline. “In terms of consequences of the pandemic, I anticipate a rise in mental health conditions such as anxiety and depression, various substance misuse disorders, and alcohol-related illnesses as a result of increased drinking.”

The full report is available on the Drug Helpline website.