Posted on October 26, 2020 by DrinkPreneur in Market 0 Comments 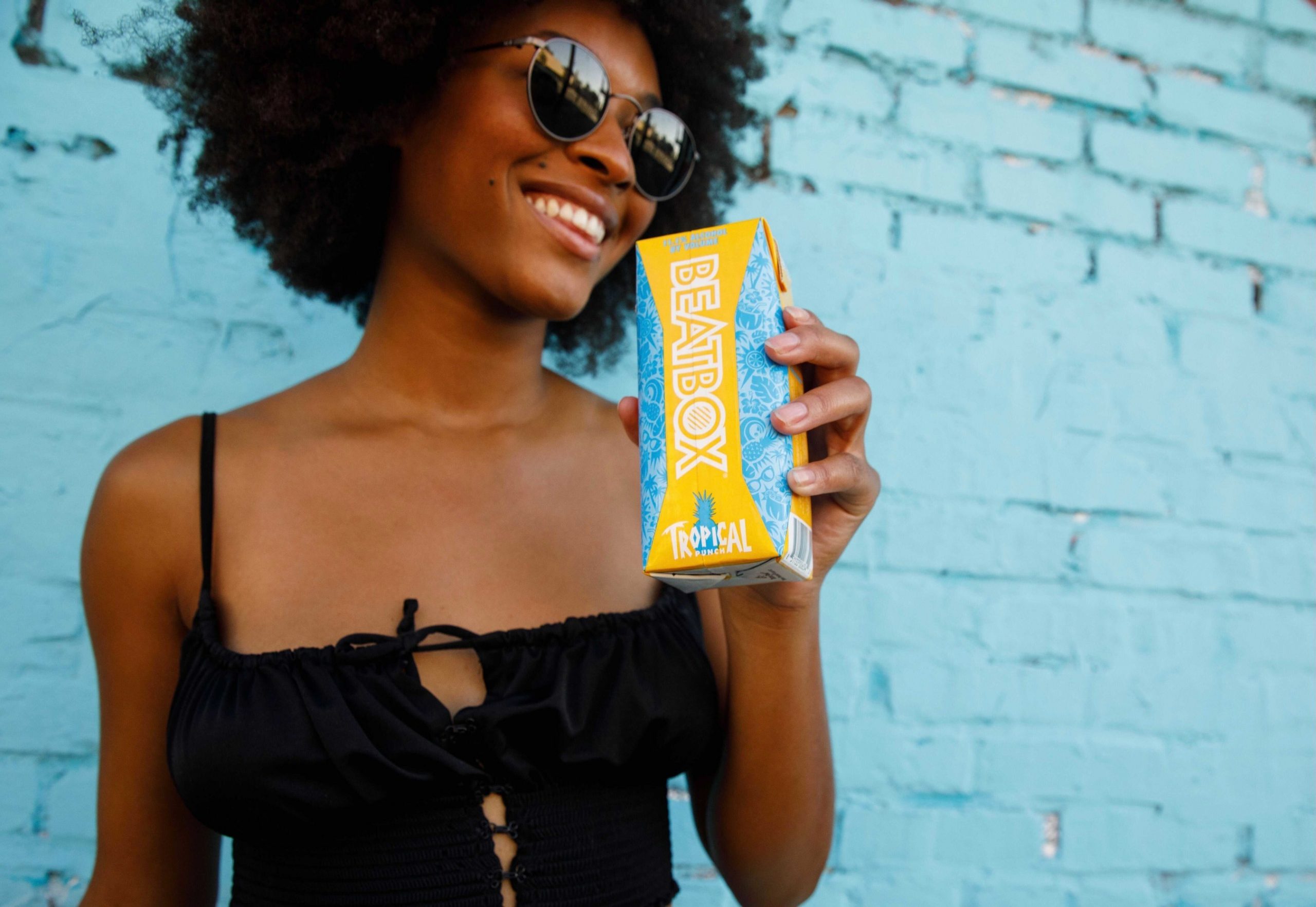 Future Proof has announced its first-ever equity crowdfunding campaign this week, in partnership with Wefunder. The company is inviting its fans to become partial owners of the company whose portfolio includes BeatBox Beverages, Brizzy Seltzer Cocktail, and Cørkless canned wine.

Known initially for their 11.1% alcohol wine-based party punch, BeatBox Beverages, the brand was launched into the spotlight after successfully gaining a $1 million investment from Mark Cuban on ABC’s Shark Tank in 2014. “I invested in BeatBox because at heart I’m a 25-year-old, and I saw that this was going to be a party phenomenon,” Cuban recounted on a 2017 episode of Beyond the Tank, a reality series that follows up on entrepreneurs who pitched products to the panel of investors on Shark Tank.

Since their primetime success, the BeatBox brand has been enjoying steady growth supported largely by their enthusiastic consumer fanbase. “At the core of all our marketing is a special relationship with our fans,” said Brad Schultz, co-founder and CXO at Future Proof. “We are launching this campaign as an opportunity for consumers, who already do so much to amplify our brands, to own a part of Future Proof,” added Schultz. Those interested can gain equity in Future Proof’s portfolio of brands through a minimum investment of $100.

As of August 2020, the BeatBox brand alone generated over $6 million on a trailing 12-month basis, and has doubled sales in each of the last 2 years. According to Nielsen, BeatBox is the fastest growing and fastest-selling single-serve wine product in all US convenience stores.  “Just a year ago, BeatBox was found in fewer than 100 chain locations. Now, we have 12,000+ accounts purchasing from over 150+ wholesale partners,” said co-founder and CEO Justin Fenchel. “Despite that rapid growth, we are still sold in just 3.5% of the total available accounts in the US! So there is a ton of room to grow, ” Fenchel added.

Because of the disruptive nature of BeatBox and the excitement from wholesaler partners, the company repositioned in late 2019 as Future Proof Brands. Since then, they’ve launched two new product lines, Brizzy Seltzer Cocktail and Cørkless, a sparkling canned wine. “In recent years, hard seltzer and single-serve wine have been a massive part of the growth of the alcohol beverage industry,” said Aimy Steadman, co-founder, and COO at Future Proof. “With our experienced team and world-class distribution partners, we can launch innovative products to compete in these exciting and fast-growing categories.”

Future Proof has set a goal of raising $1,069,999 and has already surpassed the halfway point just days into the campaign.