Soft Drink Equities: Where Should You Invest Your Money?

Posted on February 3, 2017 by DrinkPreneur in Market 0 Comments 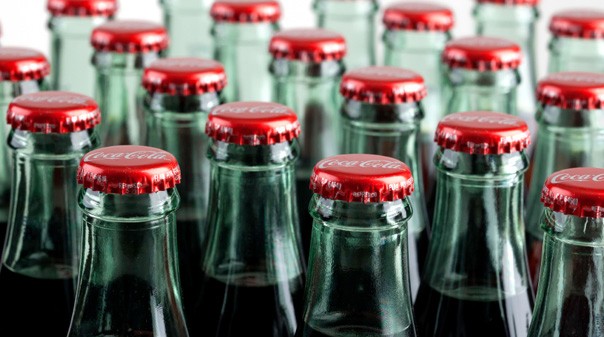 On Thursday, shares in Atlanta, Georgia headquartered The Coca-Cola Co. recorded a trading volume of 9.45 million shares. The stock ended the day at $41.40, rising 0.34% from the last trading session. The Company’s shares are trading above their 50-day moving average by 0.20%. Furthermore, shares of Coca-Cola, which manufactures and distributes various nonalcoholic beverages worldwide, have a Relative Strength Index (RSI) of 51.52.

Purchase, New York headquartered Pepsico Inc.’s stock climbed 0.99%, finishing yesterday’s session at $104.03 with a total trading volume of 3.21 million shares. The Company’s shares are trading above their 50-day moving average by 0.75%. Shares of the Company, which operates as a food and beverage company worldwide, have an RSI of 55.69.

On January 09th, 2017, research firm Barclays initiated an ‘Equal Weight’ rating on the Company’s stock, with a target price of $102 per share.

On February 02nd, 2017, PepsiCo’s Board of Directors declared a quarterly dividend of $0.7525 per share of PepsiCo’s common stock, a 7.1% increase versus the comparable year earlier same period. This dividend is payable on March 31st, 2017, to shareholders of record at the close of business on March 03rd, 2017. PepsiCo has paid consecutive quarterly cash dividends since 1965, and 2016 marked the Company’s 44th consecutive annual dividend increase.

Shares in Corona, California headquartered Monster Beverage Corp. ended the session 0.02% lower at $41.81 with a total trading volume of 2.03 million shares. The stock is trading 5.37% below its 50-day moving average. Shares of the Company, which through its subsidiaries, develops, markets, sells, and distributes energy drink beverages and its concentrates in the US and internationally, shares have an RSI of 35.77.

At the closing bell on Thursday, Uxbridge, UK headquartered Coca-Cola European Partners PLC’s stock gained 0.60%, finishing at $34.95. A total volume of 1.08 million shares was traded. The Company’s shares have advanced 11.41% in the last month and 11.31% on an YTD basis. The stock is trading 7.31% above its 50-day moving average. Additionally, shares of Coca-Cola European Partners, which produces, distributes, and markets a range of non-alcoholic ready-to-drink beverages in Europe, have an RSI of 71.98.

On December 15th, 2016, Coca-Cola European Partners announced that it now expects full-year 2016 results to include approximately 1% revenue growth, modest mid-single-digit operating profit growth, and diluted earnings per share growth in a mid-teen range, all on a pro-forma comparable and FX-neutral basis. After including an expected negative currency impact of approximately 4.5%, pro-forma comparable diluted earnings per share is expected to be at the high-end of, or just above, the previously stated range of €1.86 to €1.90.

For full-year 2017, Coca-Cola European Partners is forecasting including comparable and FX-neutral diluted earnings per share growth in a high single-digit range when compared to 2016 pro-forma comparable outlook. The Company stated that it remains on track to achieve pre-tax savings of €315 million to €340 million through synergies by mid-2019.