Posted on April 24, 2017 by DrinkPreneur in Packaging 0 Comments 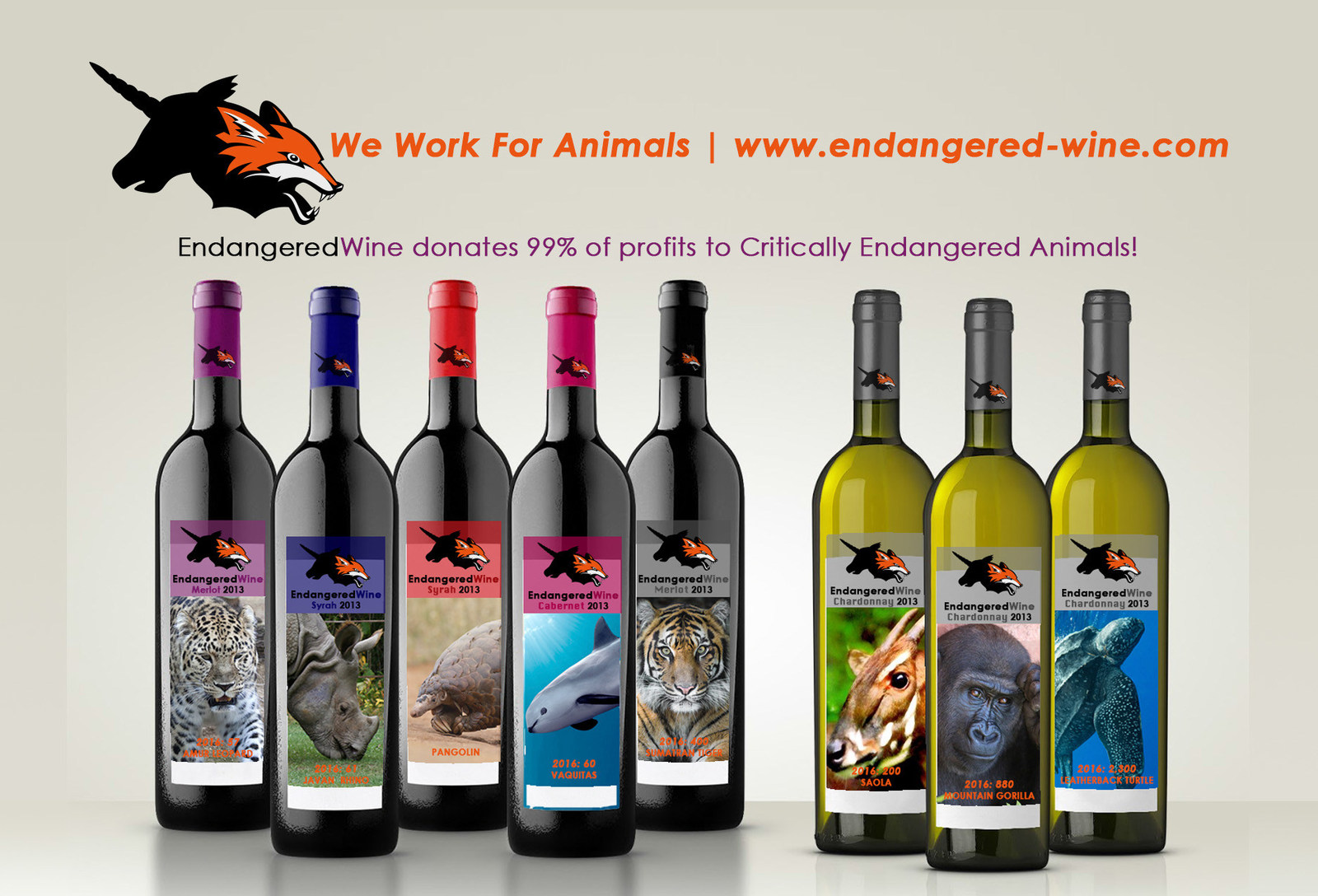 Endangered-Wine proudly announces the launch of its new label of select wines from the fertile grounds of Northern California.

Endangered-Wine grew from Founders Peter Crowley’s and Bill Seet’s extreme concern for our planet and all its life forms. The rapid mass extinction of an enormous number of animal species looms before us, due to habitat loss, climate change, poaching and disease.

The Endangered-Wine label was created with the hope that, through exposure, we can raise awareness and be a voice for the majestic animals that have none. 99% of all profits earned from Endangered-Wine go to support wildlife preservation.

“When you happen to have the Russian River flowing through your backyard, you’re already starting with some of the best soil that Mother Nature can provide.” Award-winning winemaker Jason McConnell.

“Our job here at Endangered-Wine is to grow the best fruit we can in the vineyard. With excellent fruit, we can employ a minimalist approach to achieve the finest wine. We adopted this protocol from the beginning and we intend to follow it into the future. Best of Show & Double Gold Medal wines the way Mother Nature intended!” Award-winning winemaker Jason McConnell.

“One day, a few months ago, Peter came to me with an idea to build a brand and design a label for Jason’s wine. I happened to be watching a Nature documentary at the time and was distraught over what I was seeing: the mass extinction of animals that had no power or voice.” Co-Founder Bill Seet.

“I began thinking of this branding project as a way to raise awareness for an urgent issue, envisioning the project as a way to drink for a good cause, expose people to Jason’s fantastic wine while supporting endangered wildlife, a win-win. That’s how the concept of the Endangered-Wine brand came to be.” Co-Founder Bill Seet.

“I am gravely concerned about our planet, and the treatment of animals that share it with us. Species are becoming extinct at a phenomenal rate. If something is not done now, we will lose them forever.” Co-Founder Peter Crowley.

“When Bill came to me with the Endangered-Wine concept, I agreed wholeheartedly. I saw a chance to combine our love for making wine, with our vision to promote awareness and raise much-needed funds for something that is dear to our hearts: the preservation of animals on this planet.” Co-Founder Peter Crowley.