Posted on November 15, 2019 by DrinkPreneur in Packaging 0 Comments 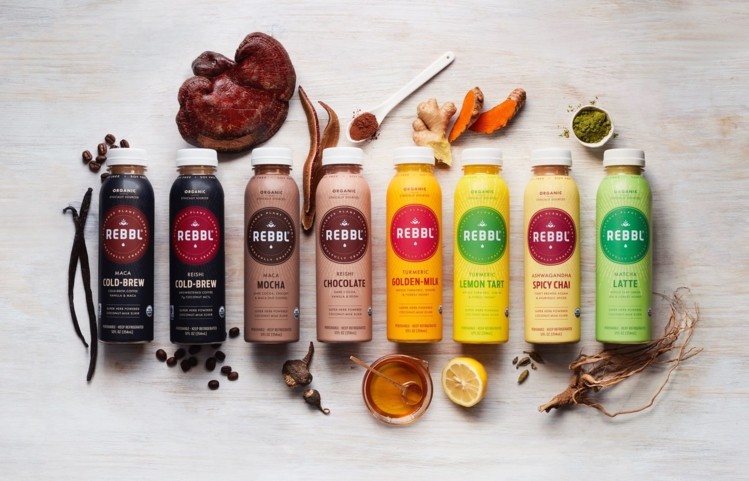 Functional plant-based beverage brand REBBL has announced the release of its inaugural Impact Report, highlighting the company’s journey in social and environmental impact work – both the milestones, along with the inevitable challenges.

Founded by global non-profit Not for Sale (NFS) to help fight human trafficking, REBBL was born out of a mission to create a better future for people and the planet.  In their Impact Report, REBBL, which ranks in the top ten percent of all Benefit Corporations (B-Corps), shares about their ethical sourcing of nearly 70 organic ingredients, bold strides forward to fight extreme climate change, and nurturing core values the company was founded upon.

Since its founding in 2013, REBBL has sold nearly 20 million Certified Organic, plant-based beverages and donated over $1 million to NFS, ultimately helping 20,000 people out of trafficking. The brand’s supply chain spans 29 countries, with more than 69 organic ingredients used to craft deliciously nourishing super herb elixirs, plant-based proteins, and Sparkling Prebiotic Tonics. The report showcases the sourcing stories of several key ingredients in REBBL’s beverages, such as turmeric. It highlights the positive influence the brand’s purchasing has on local and family farmers harvesting these crops.

“Businesses are waking up to the truth that their purchasing power can drive very real and positive impacts around the globe. This can be seen in companies choosing to buy crops grown using carbon farming practices to help combat climate change, or in companies ensuring their supply chains support fair labor practices and are free from forced and child labor. By committing to using organic ingredients, supporting regenerative agriculture, building transparent supplier relationships, and supporting fair labor practices, REBBL is taking a stance and we’re raising our hands for a healthy, vibrant future – for our communities and our planet,” says REBBL Global Sourcing Manager, Jessica Hayes.

Coinciding with the release of the report, REBBL announced they are converting their packaging to 100 percent post-consumer recycled PET bottles, which will begin hitting store shelves in early 2020. As one of the first brands of their size to make this commitment, REBBL worked with a team of environmental and packaging design experts, as well as the Climate Collaborative to explore this efficient alternative to virgin plastic.

As part of this effort, which has been a goal of the company’s for quite some time, REBBL worked with production consulting firm Trayak to model a lifecycle analysis of what this transition means for the environment. By switching 20 million REBBL bottles annually to 100 percent post-consumer recycled plastic, greenhouse gas emissions have the potential to be reduced by 922 tons of CO2, or roughly the same amount of carbon sequestered by 1,086 acres of U.S. forests in one year. Because of the energy, transportation and material waste reduced from this transition, fossil fuel consumption has the potential to be reduced by up to 26.6MJ (enough to power 680 average U.S. homes for a year) and water consumption by 33 percent. REBBL is also making efforts to reduce shipping distances and cut down on food waste.