Posted on August 23, 2016 by DrinkPreneur in Beverage News, Marketing 0 Comments 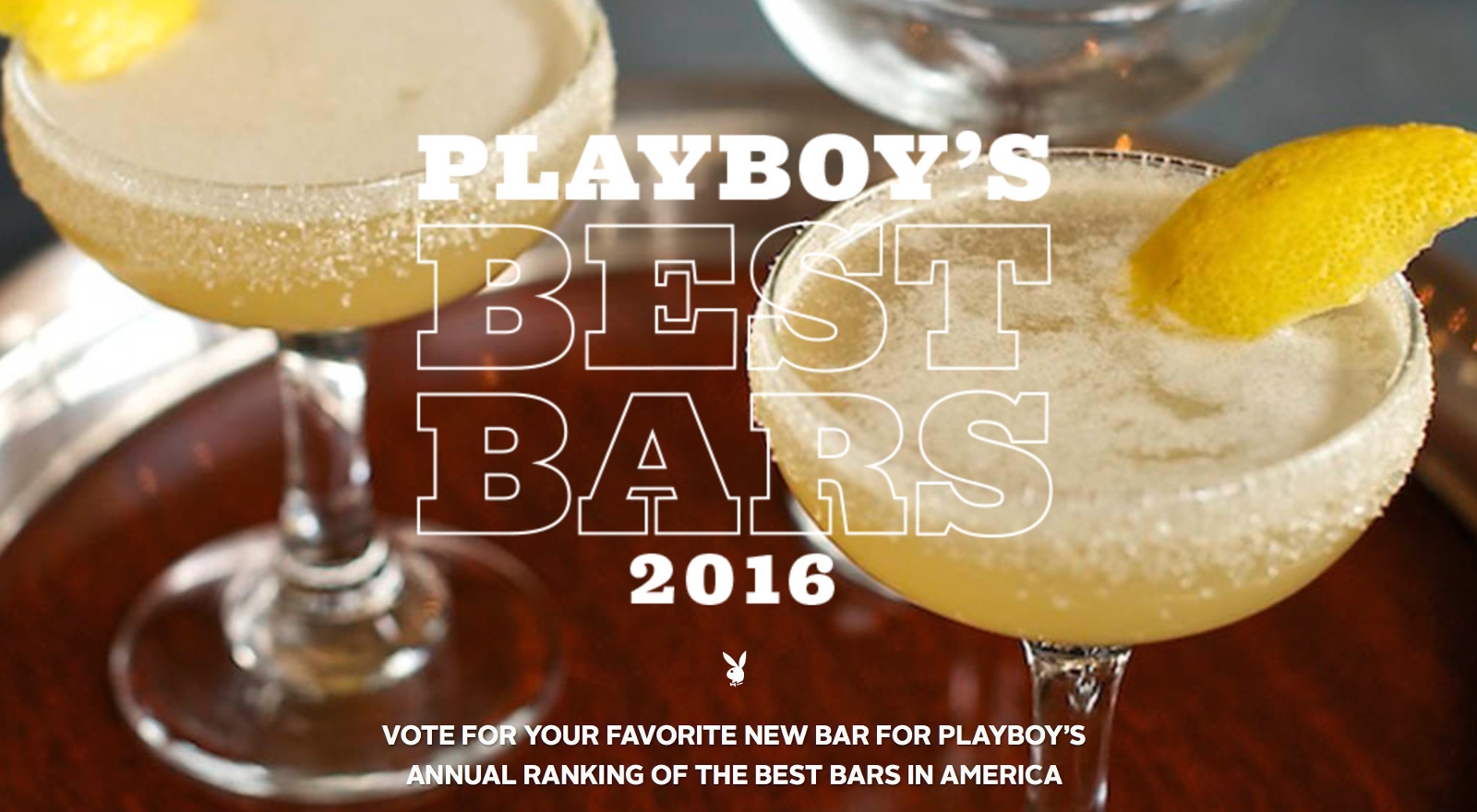 Every year, the editors at Playboy search the U.S. for the top new places to get a good drink – the spots where they take making a good drink seriously, but don’t take themselves too seriously.  After calling for nominations from Playboy readers, bartenders, writers and industry insiders, Playboy’s list of the 50 Best New Bars in America 2016 was unveiled today on Playboy.

Chicago and New York City are clearly the best drinking towns for people who want to try somewhere new, with 5 nominations each.  New Orleans, L.A., San Francisco and Seattle each come in with 3 nominations.  The complete list of finalists is attached below.

For the next two weeks, bar hoppers everywhere are encouraged to vote for their favorite nominee to help Playboy’s editors determine the Best 10 New Bars in America. The 10 winners will be announced in the November issue of Playboy magazine.  Voting opens today and continues until August 31st.  One vote per reader per day.