Posted on September 26, 2014 by DrinkPreneur in Beverage News, Marketing 0 Comments 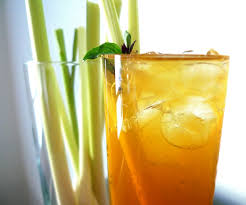 After decades of focus on coffee, the hot beverage market is turning its sights on the humble tea leaf. Stephanie Phillips takes a look at the latest developments in the tea market

When it comes to innovation in the hot beverage sector, coffee usually leads the way. The constant reinvention of the bean has been so successful for the drinks industry that, until recently, few had thought to look past coffee to other hot beverages. While coffee still dominates the global hot beverages market – as a whopping 400 billion cups of coffee are consumed every year – tea is still a strong contender. The UK consumes around 60.2 billion cups of tea per year and the global tea market had an estimated value of $15 billion in 2013.

Recently there has been a huge remaining of the hot beverage market and what can be accomplished. Companies such as FruitBroo, the latest venture from Clipper teas co-founder Mike Brehme, led the way and discovered new ways for consumers to enjoy tea.

Opening up the tea market

FruitBroo is a super concentrated blend of juices, herbs and spices that only needs to be added to hot water to make a cup of fruit tea bursting with flavour. The low calorie drink is all natural and includes warming flavours such as rhubarb, apple & cinnamon, lemon & ginger, apple, ginger & spice and much more. FruitBroo was created by Brehme as an alternative to coffee and fruit tea that would still be bursting with flavour and taste.

In an attempt to understand what the consumer would want from a new hot beverage drink, Brehme surveyed 4,000 tea drinkers to discover what irked them the most about their favourite brews. The results of the survey found that many consumers were dissatisfied with the taste of fruit tea and found the flavour lacking. It was clear from the survey results that there was certainly scope for a new take on fruit tea.

Brehme set about creating FruitBroo with the aim to position the brand as an alternative to fruit teas, encouraging consumers to throw out their old fruit tea bags to make way for FruitBroo. With its super concentrated form, FruitBroo is also making a name for itself in the water enhancer market, which has also seen a dramatic rise in popularity lately. 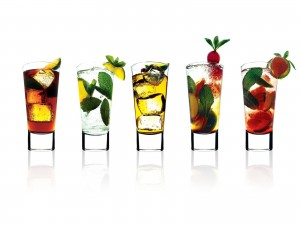 Looking at other innovative ways to keep the flavour in tea, researchers found that you might need to cool things down a bit. Sumaiyah Patel, a culinary arts student at University College Birmingham, created an ice tea cube for the UK food service and retail market. Developed as part of the product development competition run by the British Frozen Food Federation (BFFF), the frozen tea cube contains freshly frozen herbs and fruits, which can be consumed when the consumer pours hot water over it. Patel has a similar view on fruit teas to Brehme and believed that there had to be a different way to consume fruit tea.

“I used to drink a lot of herbal teas and to be honest I thought that they were terrible,” said Patel. “You can’t get the flavour out of dried herbs and fruits. They are artificial and tasteless.”

“My frozen tea cubes give a burst of flavour. They are a tastier and more natural product. Being frozen they not only lock the flavour in, but also stay fresher for longer.”

The potential for freshly frozen tea to come on the market is there; Patel is currently working on the product to showcase to UK food service suppliers and retailers with Iceland already showing interest.

“Sumaiyah’s iced tea cubes are pure genius,” said director general of BFFF, Brian Young. “She has taken an old staid product which has existed for hundreds of years, and transformed it into a fresh and flavoursome concept.

“We hope to see her premium teas in foodservice establishments and on retailer shelves very shortly – and hope that the public will love these fresh and tasty products.”