Drinks for a Dry Generation

Posted on September 26, 2014 by DrinkPreneur in Beverage News, Market 8 Comments

There’s a growing trend among young adults in the UK – these days, it’s cool not to drink. But with a lack of alcoholic alternatives, choices are limited. Margot Knight learns how ZEO and Thor Drinks are taking advantage 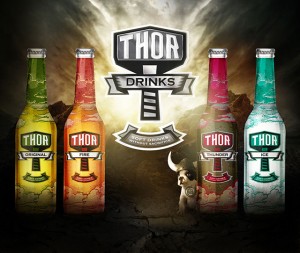 “ I love to sit in restaurants and pubs – who doesn’t? – but I love to watch consumers’ behaviour, and I can absolutely tell you who’s driving from their body language when they walk into that pub or restaurant, just from what happens to their shoulders; when the waiter or waitress arrives at their table and you can see shoulders up of the person who’s not driving, and typically shoulders and menu down of the person who is driving. Because it’s that good old question of [sighs] ‘what soft drinks have you got?’”

So says Martin Hall, CEO of young brand ZEO, describing a particular situation where he believes his brand ZEO can fill the gap.

Hall explains further, focusing specifically on wine drinkers: “You look at those moments where they can’t drink, so that could be lunchtime, that could be after three days of drinking wine and they want a break, or it could of course be when they’re driving… It’s that moment where actually their choices are ‘I’d like to have a wine, I’d like to have something quite complex in flavour, multi-layered, not very sweet’, and all of a sudden, all of their choices are sweet. So it’s that moment and that occasion for those people who do enjoy a complexity of flavour and aren’t looking for anything sweet – an awful lot of us when we’re forced into a corner. What we want to do is offer them a choice”.

Rise of the teetotallers

ZEO launched in the UK at a time of debate around alcohol policy. Last year, alcohol misuse statistics revealed costs to England’s National Health Service (NHS) of £3.5bn a year and many within the industry called for a policy enforcing the minimum pricing of alcohol. Although their Alcohol Strategy of March 2012 included a commitment to introduce a minimum unit price for alcohol, the government changed its tune the following year and a ban on below cost sale of alcohol became effective earlier this year.

At the same time, the UK is experiencing a decade of falling alcohol consumption. Sir Ian Gilmore, chair of Alcohol Health Alliance UK, comments: “There has undoubtedly been a fall in per capita consumption, consumption per head… But that has to be taken in the context of a huge rise in the preceding years… Europe is still the highest consuming continent in the world and within Europe, UK is high up there…Yes, the consumption is falling but the reasons that are complex”. One such reason, according to Gilmore, is a rising number of teetotallers in the UK.

In August 2012, the Joseph Rowntree Foundation published a report stating that, “A fifth of young people aged 16-24 years do not drink alcohol and 11% drink under one unit a week (NHS Information Centre for Health and Social Care, 2012)”.

The report goes on to say that bars that “stock a wide array of soft drinks that are attractively priced and actively promoted…would help to support individuals who choose not to drink and foster a culture where heavy drinking is not seen as essential to a ‘good night out’”. It adds that for such changes to be effective, “they would need to be replicated more widely and be part of a broader cultural shift”.

With the UK seeing a growth in the number of teetotallers and a steady decline in alcohol consumption, especially in youth – so much so that the ‘Hermione Granger effect’ was coined to describe the number of polite, studious teenage girls much like the Harry Potter character – could this “cultural shift” be taking place in the UK?

If so, then ZEO is in a good position to reap the benefits.

Is ZEO the only company to have seen this huge potential gap in the market? Hall seems to think so, suggesting their biggest competition is water. “What we’ve really found, and it seems to be supported by research, is it’s now much more acceptable to say ‘Actually, I’ll have a glass of wine, and can you bring me some tap water with that’. So the one permission, the one glass of wine, is licence to ask for tap water so that the consumer doesn’t feel guilty. Because there’s nothing out there that actually they really, really want to drink at that moment. So there’s a definite gap in that market, we think it is there, and the first signs of life are very encouraging for ZEO in filling that gap”.

But ZEO isn’t the only one taking advantage of recent trends. After launching their range of soft drinks after a successful crowdfunding campaign, young contender Thor Drinks is busy launching a “full-on sales assault”, with help from “some quite big investors with a lot of experience”, says founder Alistair Scahill.

And the response to Thor Drinks so far confirms that the ‘Hermione Granger effect’ isn’t just a myth; although it’s still early days, Scahill has already found that their target age group is “twenties plus”. Says Scahill: “I think there’s definitely a feeling out there that it’s cool not to drink, you know, in certain circumstances, and people are looking for the product that’s going to do that.”

From supporting to lead 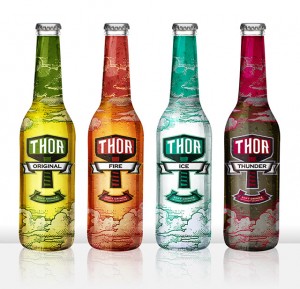 Thor Drinks, with their glass bottles and crown caps, are purposefully branded to imitate alcoholic drinks to provide consumers with “that same kind of satisfying feeling when you’re opening a beer or a cider”, Scahill says.

However, Scahill says that he wants consumers to think of Thor Drinks as more than just an alcohol substitute. “The most important thing is that we want customers to choose us for the joy of the drink rather than as the runners up”.

ZEO launched in London and Brighton. “We said that we wanted to make quite a big noise in London and Brighton, and I think we have done that,” says Hall. According to Hall, ZEO is seeing “a very strong on-trade performance”. Stocked in WH Smith’s national travel shops, ZEO also has a retail presence.

Hall would like to see ZEO grow both nationally and internationally and he believes that they have the right product for this to become a reality. “There is a saying that there are many great ideas that are underfunded and many bad ideas that have too much funding, so I’m rather hoping we’ve got the right combination of; we’re well-funded and we have a great idea that the consumer likes”.

Scahill says that they would like Thor Drinks to “develop as a brand” before entering the retail market but that they would consider expanding “with the right retailers”. In the meantime, their drinks are being stocked in venues across London, as well as in Hertfordshire and Buckinghamshire. Scahill says that they will be focusing on the East end of London, where their new headquarters is soon to be located. “We’re looking to really [target] London’s trendy east bars and pubs. We’ll certainly be concentrating on that area going forward.”

Scahill, too, believes they have the right product for success and has big plans for Thor Drinks’ future. “It’s a very exciting immediate future for us. The company is a real boot-strapping start-up and we’ve already managed to fight ourselves through some tough challenges and we’re just ready to get it out there and take it to them. And I think that where that fighting spirit comes from, it really comes from knowing that when everything else is all said and done, I believe that we have an absolutely fantastic product. The actual product is great, and I think that’s why that fighting spirit is justified.”