A Fascinating Story Of Armada Cider 1588

Posted on March 6, 2019 by Ugne Butkute in Beverage Startups 0 Comments 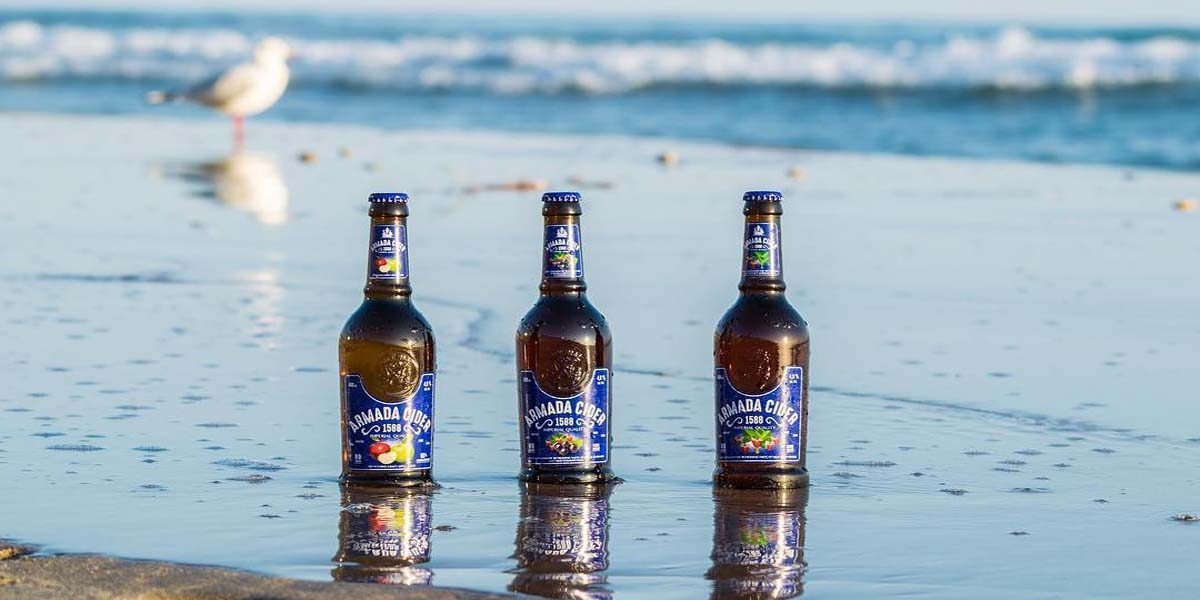 Armada Cider 1588 is a cider brand based in Spain. Ever since its release the brand offers a product line with 3 different flavors. It’s a promising brand with attractive packaging and a great taste. Today, I have a pleasure of talking with Carl Craven, Managing Director at Bebidas Armadas.

1. What’s the story behind Armada Cider 1588? How did you come up with the idea of the cider brand?

The original apple cider which we have replicated was once made by King Philip II (Rey Felipe II) of Spain under his “Imperial cider” brand. He was the instigator of the “Invincible Spanish Armada” from 1588. My Father had this recipe/ownership document in his family and when he died in 2010 it was always in the back of my mind to replicate the cider and the story having spent many years myself selling various alcoholic brands including ciders in the British touristic market here in Mainland Spain, Canaries, Balearics and Portugal.

The story goes that King Felipe II put 300 small Imperial hundred weight casks of our natural apple “Craft Apple” cider on his lead ships to celebrate the victory over the English and the re-establishment of the Catholic Faith (and possible wedding with Elizabeth I). But of course because of bad weather and Sir Francis Drake’s battle tactics the 130 ship strong Spanish Armada was forced to escape from Calais back to Spain via Scotland and the Faroe islands and down the west coast of Ireland. However due to severe bad storms, 24 of the ships were sunk and wrecked on the Irish coast near the County of Sligo, Galway, Grange and “Spanish Point” and the casks together with the potato arrived for the first time to Ireland rescued from the lower decks of the Armada ships in September of 1588! It’s an incredible story!

2. Armada Cider 1588 is a cider line with 3 different flavors. Can you tell us more about each? Which one is your favorite?

Our goal is to succeed in both the apple but also the new emerging fruit cider sectors. No other brand until now has been able to cross over between both sectors and also offer credible liquids at the same time (classic cider sector being apple and/or pear and fruit cider sector being classic cider flavoured with black currants, strawberries etc.). Armada Cider 1588 ticks all the boxes; the refreshing taste, the colour, the smell, the history and the marketing plan, no one can touch us for quality and originality.

My personal favourite is the Black Currants SKU mixed with wild strawberries but also black carrot juice! Ever heard of a cider with black carrot juice? Well now you have, yet another point of uniqueness to our brand. 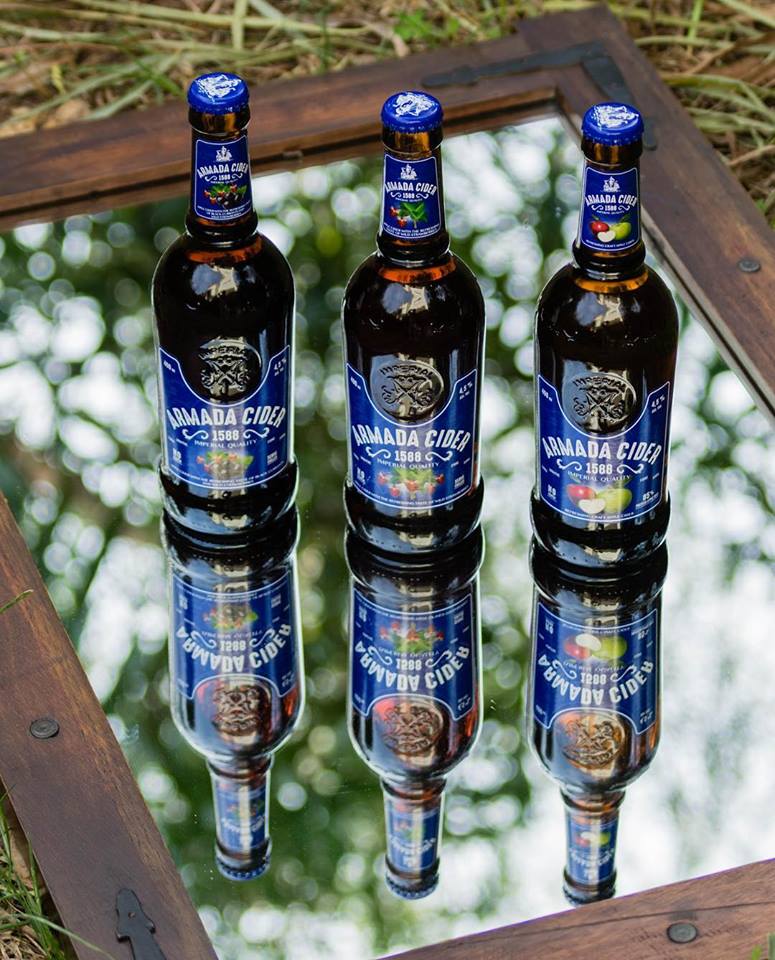 3. Creating a beverage line can be a challenge. What kind of difficulties have you faced?

Creating a brand from an idea has been a huge personal challenge. Putting into practice experience from the last 25 years helped but wasn’t enough either. Pooling together ideas from all people around us, brainstorming as we call it is the key. From the name to the logo to the liquids to the packaging to the product sourcing to the route to market to the end consumer to the publicity and Marketing to the website… to the …to the… Everything had to be thought of from “Scratch”! It has been a brilliant learning curve and we are still learning!

There have been many anecdotes; one regarding the logo itself will always stick in my mind. We had several ideas from different professional designers but something wasn’t quite right when I looked back at the finished images individually. The answer was to cut up all the logos into parts and play around with them like a jigsaw and finally there it was a mixture of 3 different logos made into one!

4. Where can consumers purchase this beverage?

We are slowing creating a niche for ourselves in the Spanish market edging ourselves in with all the top mainstream leading brands here in Spain. We are currently selling in approx 100 outlets across the 7 islands in the Canaries, but also another 200 outlets in Catalonia and Malaga.

We have introductory plans for Alicante and the Balearic Islands & Algarve Portugal this year 2019.

In the UK we are currently selling in the Brighton and Hove area in 20+ outlets. We have sold into Genova in Italy as well but we also have prearrangement for exports with a dozen countries which we are talking to right now so watch this space over the next coming months fingers crossed!

5. Being unique is the key to success. What makes Armada Cider 1588 differ in the beverage market?

We are a semi-sweet but also semi dry cider.

We are gluten free, why? Because we don’t add caramel additives or burnt sugar compounds which might contain traces of gluten. We don’t add any sugars or sweeteners either. Cider can be 10-15 teaspoons of added sugar per 500ml bottle so 50-60g! Ones daily limit of added sugar as an adult is 30g on everything we eat and drink!

We are Vegan friendly why? Because we don’t use animal gelatin or egg whites in the filtration process. These are 2 elements commonly used to filter wine albeit apple or grape and although they don’t mix with the liquids they come into contact with them.

We have EEKosher certification. This is yet another quality control in the cidery of non-contamination of raw materials. Our apple cider is 85% apple juice, part fermented to make the cider and part filtered to give back a semi sweet edge to the finished cider. Ciders can be as little as 35% apple juice, just enough to be able to call it cider in fact.

We are the only brand of alcohol we believe on the planet who dares to put the nutritional values in the labeling! How many calories in an alcoholic drink! 45 or 49 calories per 100ml as opposed to 90-150 calories per 100ml, if the label doesn’t say then now you know why. 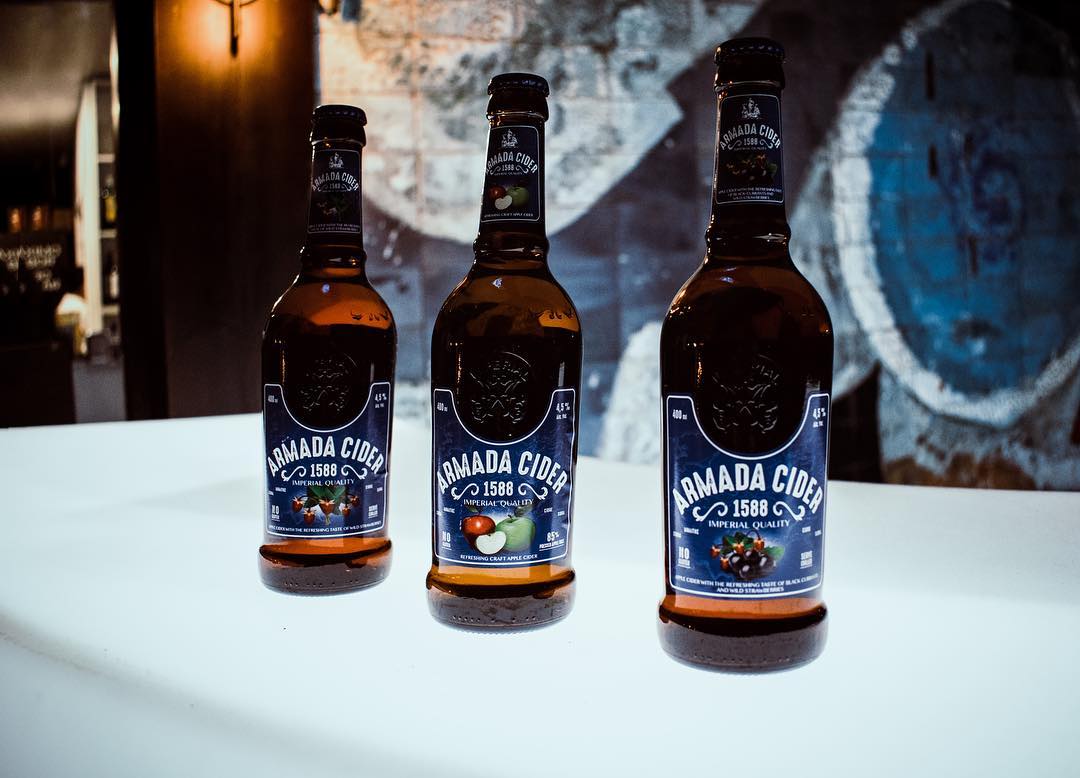 And now the World Revelation News. We use what is known as “6 point anchored water” in our mix! Ever heard of this? Why is a snow flake always drawn with 6 main spikes? Why not 4 spikes or 8 spikes? What is the connection with the molecular structure of water, the human body and ultimately our cider? Has anyone ever stopped for a second to question this phenomenon about snowflakes and water molecules? Every human cell has 6 anchor points! This allows the spikes of the water to lodge and anchor themselves into the cell and so hydrate us! Unfortunately the water we drink from the tap and even most bottled waters only have 2 or 3 spikes activated.

The other spikes are withered and disabled as it were – we are drinking disabled water!! Ever noticed how some snowfalls stick together better than others to make snowballs? It is all to do with how many activated spikes there are. The more spikes there are the better the snow sticks together! Now you know.

On our planet there are very few places that have naturally occurring 6 spiked water but one of the places is where we make our cider, very high mineral and super low sodium deep well water t’boot! Ultimately what does drinking 6 spiked water mean? Well better hydration for one thing, we sweat less and can absorb more corporal body heat! The benefits of this we don’t need to go into here but they are numerous!

Of old we still see some cider brands putting too much added sugars and actually putting now recently artificial sweeteners into their liquids. This is not the way to go. More natural juice and reduce the added sugars and just get used to the natural sweetness is the key. When you eat or drink something sweet your body doesn’t know if it is a naturally occurring sugar, a refined sugar or an artificial sweetener, it throws out insulin whatever to deal with the sweetness triggered by your taste buds.

3 years ago me the co-Owner of Armada Cider 1588 just a few days before my 50th snapped a bicep picking up a 30 litre keg in the warehouse. The most horrendous injury that you can’t imagine! An Agro Bio Engineer friend who works for a corn transformation Corporate and specializing in corn syrup transformations and its effect on the human body told me that this was due to the”Insulin Effect”. My reaction of “what do you mean mate”? was met with mind blowing info which is being swept under the carpet from the end consumer.

The issue is Insulin not necessarily the sweeteners themselves although their medium to long term consumption effects are still relatively unknown. He documented that unabsorbed insulin which can’t deal with some refined sugars and artificial sweeteners just goes around your body trying to find the sweetness, eventually it gives up and becomes stagnant within your muscles. Stagnant insulin behaves similar to a lactic acid and over a period of time turns your muscles “brittle”! This is not scaremongering this is real documented science I’ve seen it with my own eyes and also heard it from the horse’s mouth. So if you do physical work or exercise you are more likely to tear a muscle and injure yourself!

Not only this but wait for it, over a period of time unabsorbed insulin transforms into the nearest substance resembling wood fiber! This just blew me away and is yet another reason and inspiration to push against the use of too much added sugars and artificial sweeteners. Let it just be said that we are the true Pioneers in our cider sectors!

6. Every milestone is very important. What would you say is Armada Cider 1588 biggest achievement so far?

The recognition by market leading Corporate Companies regarding our brand’s quality after only 2 years in the market is a great achievement. We just started this last week selling Spain wide in the prestigious Spanish retailer “El Corte Ingles”(120 outlets!). We have also had positive interest to be listed in the biggest national chains too with over 3,500 outlets! Just need to add cans to our portfolio and we will be listed! 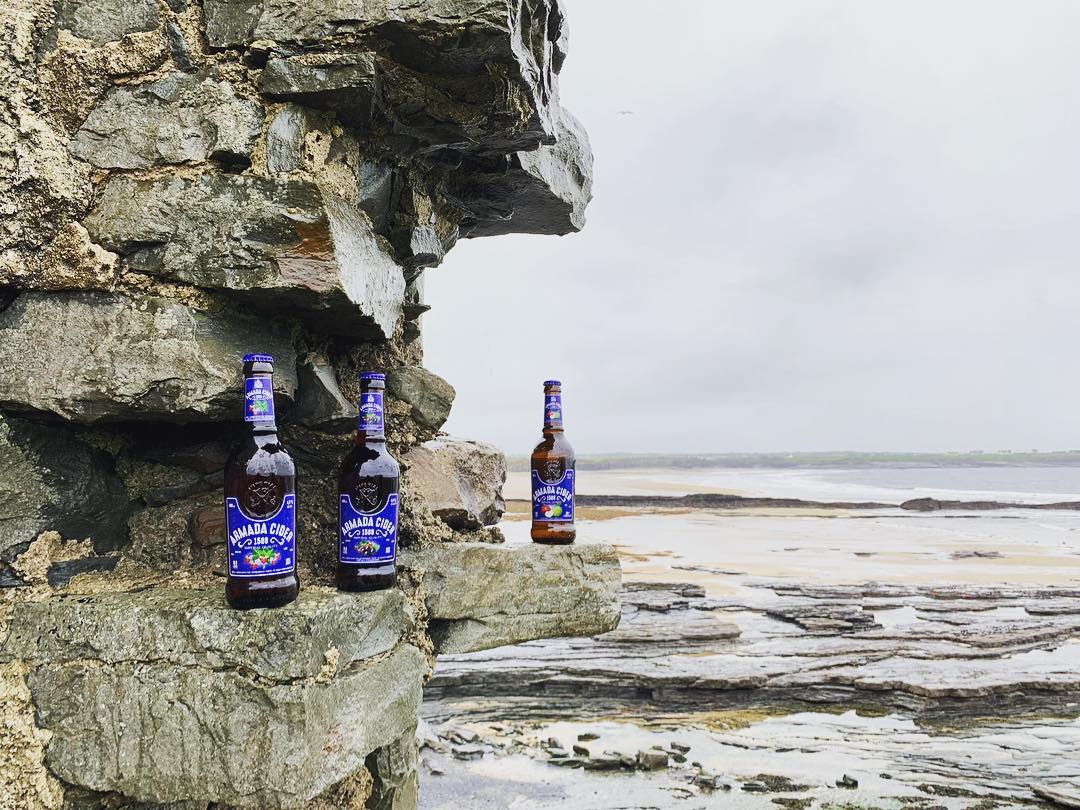 7. What advice would you had given yourself before you started out in the beverage business?

No new advice here really to be given only keep going and doing what you are doing! Keep your ego down and your respect level high! Keep listening to those around you, keep following the market trends and try to predict the future tendencies ahead of the rest! Never compromise on quality but above all be patient, Trust that what is to come will come at the right moment!