The winner of DrinkPreneur Live 2015

Posted on October 7, 2015 by DrinkPreneur in Beverage Startups 0 Comments 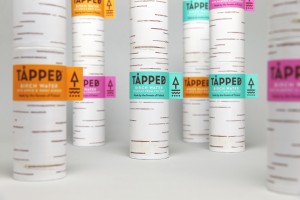 1. Congratulations to you guys! We are happy that you came up with idea to be the part of this year event. How do you feel? Did you think you would win?

We’re delighted to have attended, it was great day with some really informative presentations and brands on show. We didn’t expect to win, you never do, and never enter with any expectations. Even when the competitors had been whittled down to a top 3 we had our fingers crossed…Winning is fantastic, but we can’t bask in the glory, it won’t mean much if we can’t create the UK birch water category.

2. There were 12 competitors with you at DrinkPreneur Live 2015. They all were different and interesting, but you were the best startup according to the jury. What characteristics made you stand out from the others?

I think we had a great combination of product, packaging, team, customers, and consumer feedback, all directed at a clearly growing market. That’s quite a list and I guess the fact we addressed all these points made us stand out.

Other than our fellow finalist T Stix and Lovo, Charlie also liked Livo and Vitness with their great bottles, and I also really like what Nix&Kix and Dalston Cola are doing to shake up on-trade drinks – desperately needed.

4. Second place went to T-Sticks. They entered the competition just two days before its start. Have you heard about them before the event? What qualities do you think won them second place?

No hadn’t heard of them. We both thought that it’s a really innovative idea, a unique concept with a lot of Out Of Home application – you can image hotels, events, travel outlets using them, and people even carrying them on the go so they have great quality hot drinks wherever they are.

5. Third place went to LOVO. In your opinion, what qualities guaranteed them third place?

I think both they and the judges summed it up well, it’s a great opportunity based on a clear consumer need, and with some further branding work to provide more standout and distinctiveness, they’ll have a really nice concept which could get some great interest, especially once it’s stocked in a few cool bars. Good luck!

6. As you took first place we ‘d like to hear more about you. What kind of plans do you have in mind for TÅPPED? What is the future for TÅPPED?

The last week since the show has been a whirlwind. We went straight from Drinkpreneur to the Lunch Show on Thursday and Friday, where we won Gold in the Innovation Challenge. As with Drinkpreneur we were again up against a couple of birch waters, so it was fantastic to be recognised by the judges as the overall best proposition (in their opinion). Then on Wednesday this week TÅPPED featured in The Times’ “Future of Packaging” supplement.

But more important that more awards and media coverage has been the level of interest shown in birch water. The level of interest is incredible – our focus now is turning that into stockists, then using all the media we’re generating and the support we provide (such as instore samplings and displays) to turn this into sales and really make birch water something special.