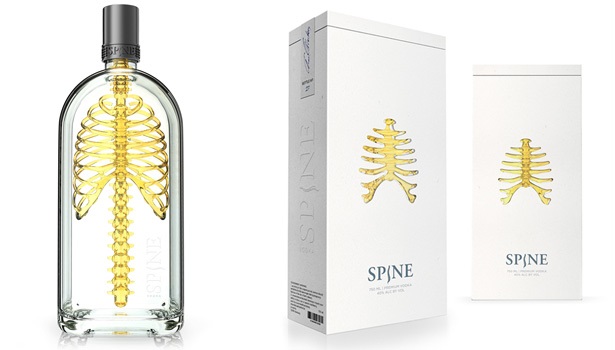 As you may already noticed spirit brands as trying to differentiate themselves using unique packaging as their USP. We decided to make a list of most interesting bottle forms that vodka brands are using. Cylinder shape clear or colourful bottles isn’t something catching your attention right away. Moreover, since vodka is usually used for mixing alcoholic cocktails, sometimes the choice is made due to packaging by consumer. I am sure that everyone reading this article at least once in a lifetime have bought a beverage product due its packaging. Here are 8 vodka brands with creative packaging solutions. 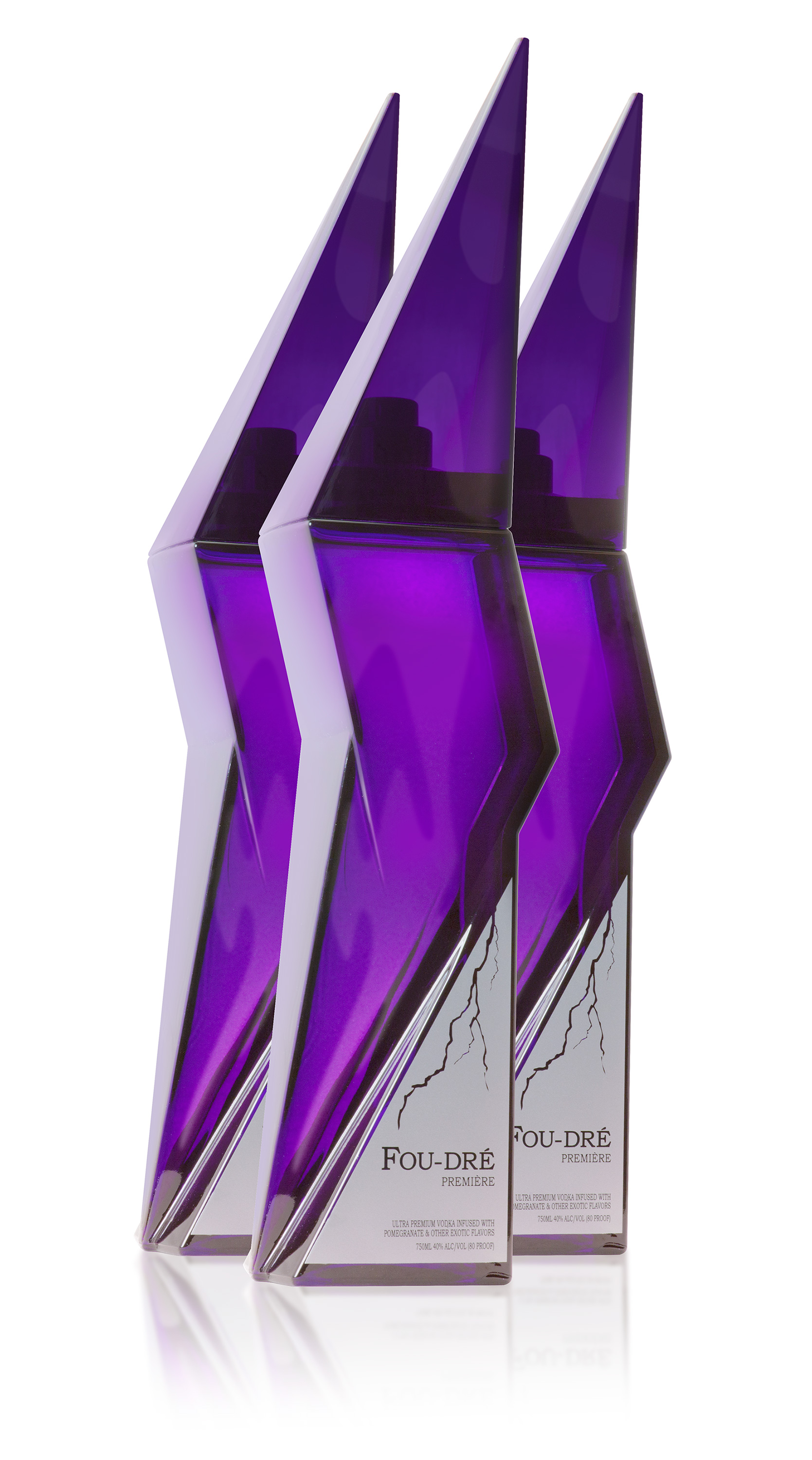 The whole story of Fou Dre Vodka have started in 2009 when Chanel Turner decided to start her own vodka brand. Lightening shape bottle has been design by Flow-Design, in Northville, Michigan. Although, the manufacturing process was made by SaverGlass established in France.

The bottle perfectly represents the meaning of vodka name FOU-DRE. From france language FOU-DRE is a word play for “lightening”. Dyed with organic ink, the bottle is rendered from recycled extra white flint glass. The metal part of Fou-Dre is Eco-Friendly which makes it even more attractive. Two bottles can be combined for classy look due to unique shape and it’s intoxicating angular form. I have to admit, I would definitely buy this vodka because of unique and nice looking bottle.

Crystal Head Vodka was introduced to consumers in September 2008, Souther California. Since the release brand managed to win at least 5 awards including PRODEXPO in Moscow, Russia. Crystal Head Vodka won gold medal in the  category of “Excellent Taste” leaving about 400 competitors behind. 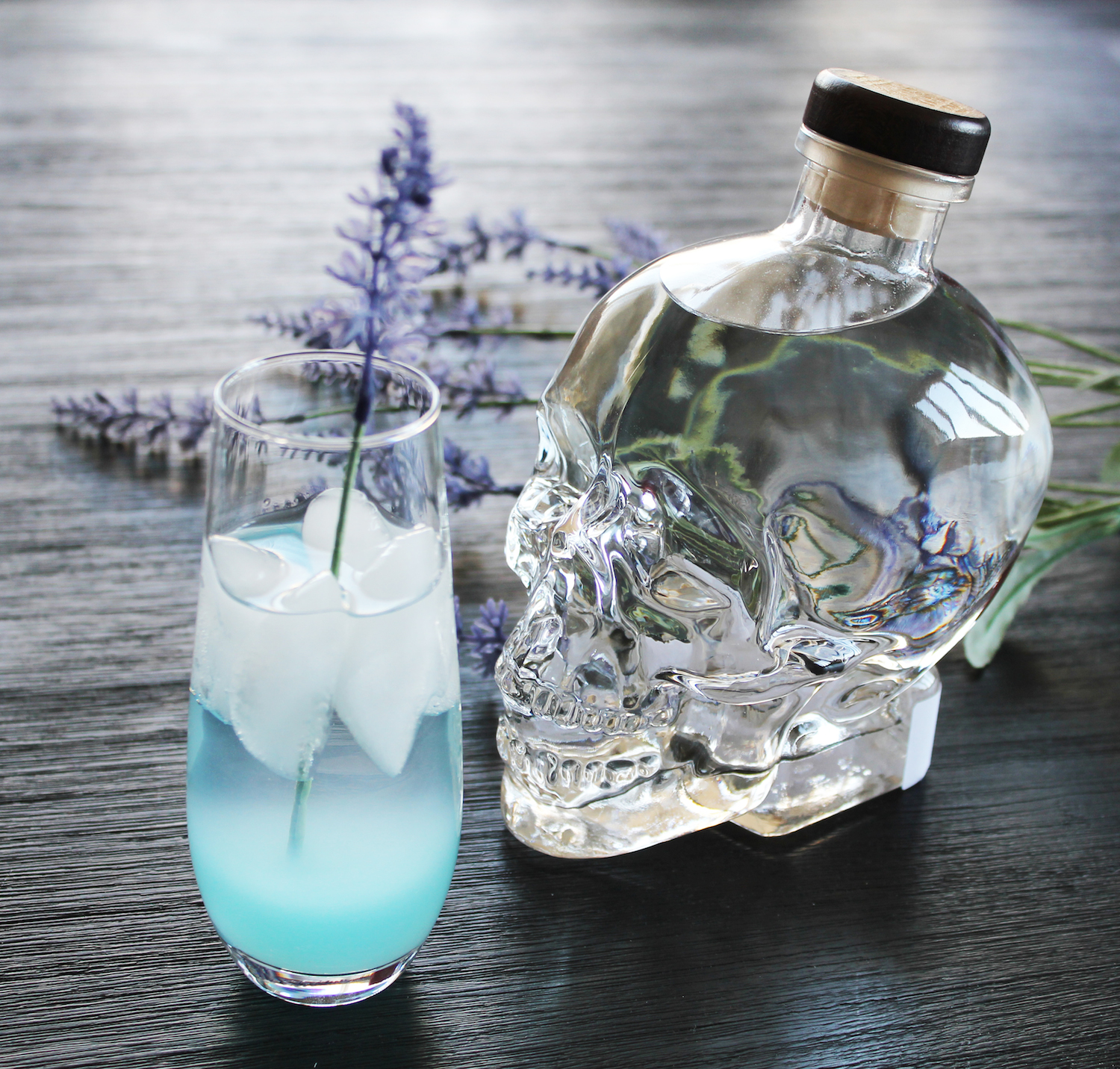 The idea of human skull shaped bottle came up due to purity of Crystal Head Vodka. According to legend, thirteen Crystal skulls held by native tribes in the Americas, the Navajo, Aztec and Maya, can be used to project positive energy and enlightenment. Inspired by this legend, the founders sought to craft a bottle worthy of one of the world’s purest vodkas.

The Holland brand was introduced in 2005. As company claims Bong Vodka has been 6 times distilled, 4 times filtered and been manufactured for 5 generations over 175 years. Originally made in Holland, Bond Vodka has a smell of grain and alcohol mixture.

The brand has won couple awards such as first place at 22nd Annual Beverage Dynamics or Gold award at International Review of Spirits Award. Moreover, Best Tasting Spirits gave 90 points to Bond Vodka which is equal for their silver medal.

The bong shaped bottles are produced in Milan using crystal flint glass. Each bottle features the art of several up and coming artists. Bottles are printed in Belgium. As a symbol of youth and pop cultural icon of the past, present and future. 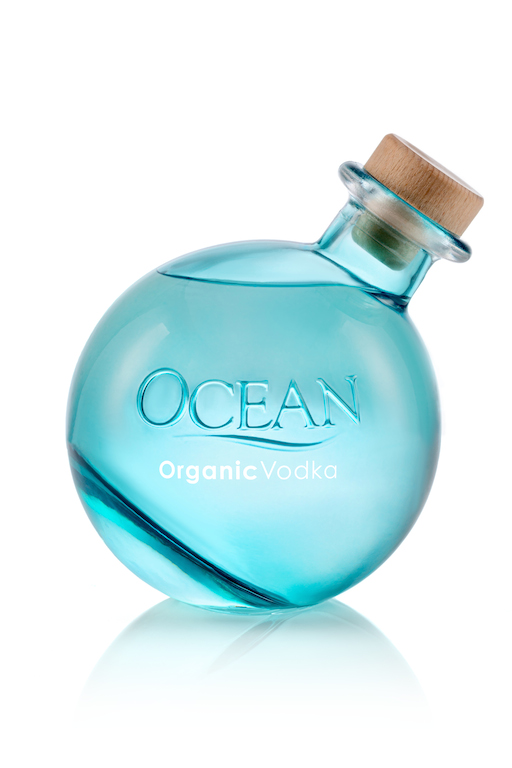 Organic Ocean Vodka has been introduced to consumers in 2005. Produced at Hawaii Sea Spirits Organic Farm and Distillery, Ocean Vodka is available in many parts of United States of America. Moreover, it can be found in Canada, South America and Asia.

Organic Vodka is gluten free which expands their target market. As producers claims their brand is the only one in the world which is produced from organic sugar cane and blended with deep ocean mineral water. Also, Ocean Vodka contains absolutely no GMO’s, herbicides or pesticides.

Bubble shaped bottle with ocean blue color represents positive energy and harmonious living. The bottle were introduced in the end of 2014. The inspiration for new bottle was the old glass fishing net float first used by Norwegians in the middle of 1800s.  As the owner says after the release, bottle shape in vodka industry is one of the key building successful and strong brand. 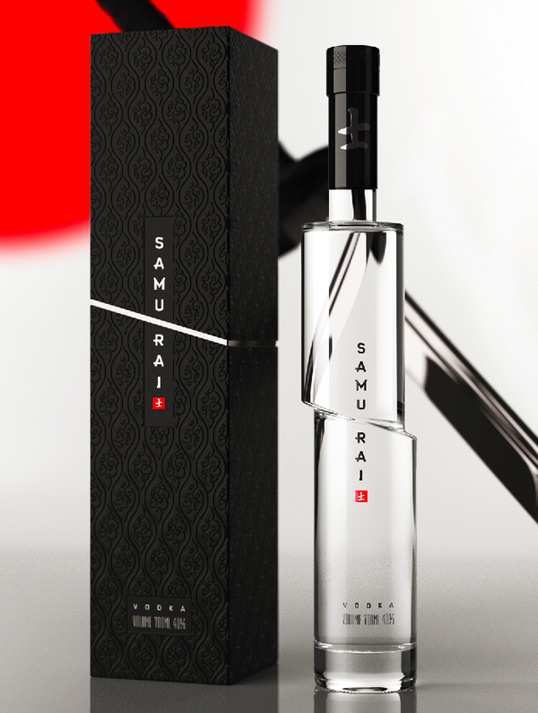 Published in 2009 on Behance by Russian packaging solution brand “STUDIOIN”. The project as far as we know was never sold.

Its austere outline and the silhouette as if split by a stroke of a samurai sword spectacularly transmit the idea and the ethnic background of the product. The material is high quality glass with décor. The project has won first place in  The Dieline’s 50 Favorite Liquor Package Designs world competition.

Even though, Samurai Vodka is fictitious vodka created by Schreiber to add context to his bottle design, I am amazed how no one didn’t buy this concept so far. In my opinion, it looks just great!

Precious Vodka was introduced to the market in 2010. The product is produced in the eastern European region. In the first 3 years company have distributed over 100 000 cases. Today, Precious Vodka can be found in more than 40 countries. For example, consumers can buy Precious Vodka in USA, many parts of Europe, Australia, Russia, many North African countries and some of Asia countries. 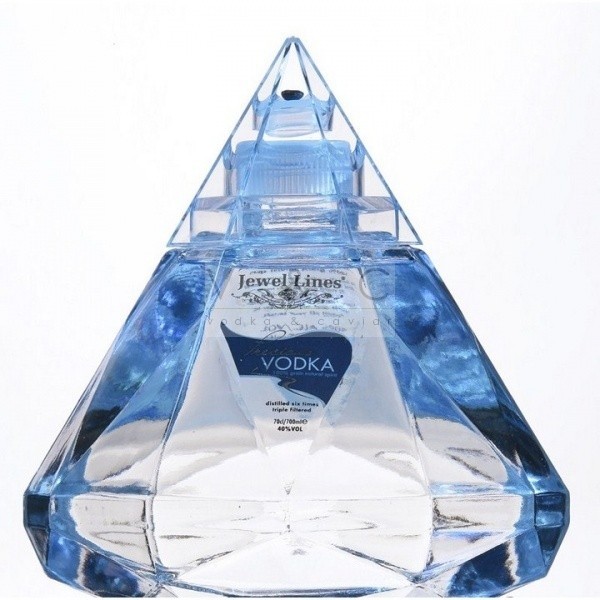 Precious Vodka is bottled in unique diamond shaped bottle. Each diamond bottle contains a beautiful natural gemstone like sapphire, emerald, ruby, topaz, and peridot. The gem stones add a unique quality to the overall experience that is only available when you purchase a bottle of Precious Vodka. Precious Vodka also comes in a luxury box with a bottle pourer. This makes it the perfect gift idea for that special someone or occasion. 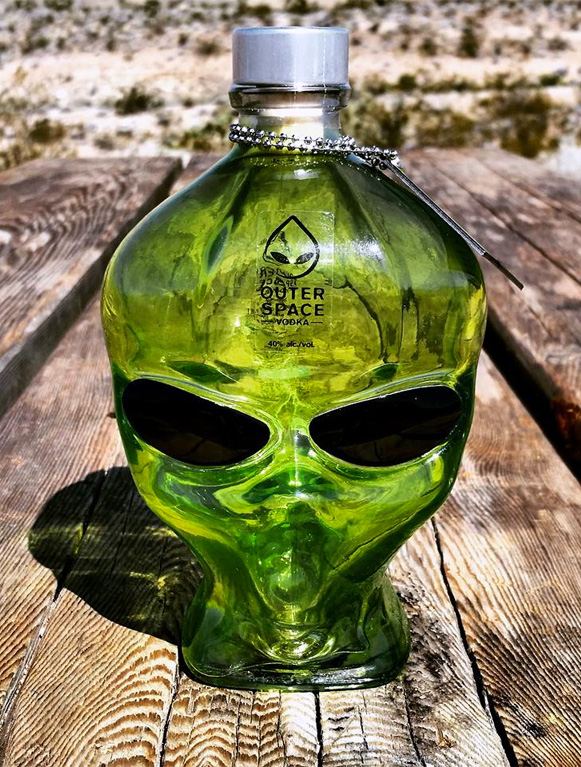 The brand is a new startup in beverage industry. Outer Space Vodka was introduced in 2015 September. Vodka comes in 50 ml and 750ml alien head shaped green bottle which cost around 29.99 $.

The product is available in United States as it is perfect country for such design bottle. Knowing the rumors about Area 51 and a huge culture of Alien Believers this kind of product is exactly what US market needs.

5 stars on Binny’s Beverage Depot from consumers implies that Outer Space Vodka has not only unique packaging, but also a great taste. Moreover, it’s gluten free! 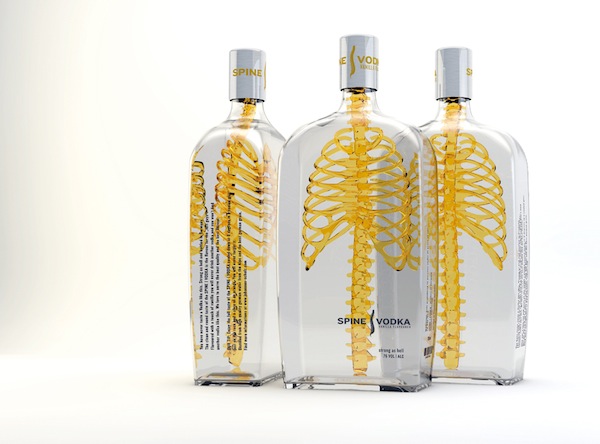 As Samurai Vodka, Spine Vodka is also a concept. The bottle was designed by Germany based designer Johannes Schulz.

Even though the main bottle is simple and similar to thousands of other alcoholic beverage brands bottles, the main difference is what is inside of it. Golden human spine with ribs is made from glass.

As designer mentioned in one of his interviews, the backbone symbolizes the beverage that lives up to its promise, to be a honest and strong drink.

In case you know more vodka brands who has unique packaging please share your thoughts in comments section.