What’s Happening In The World of Alcoholic Coffee 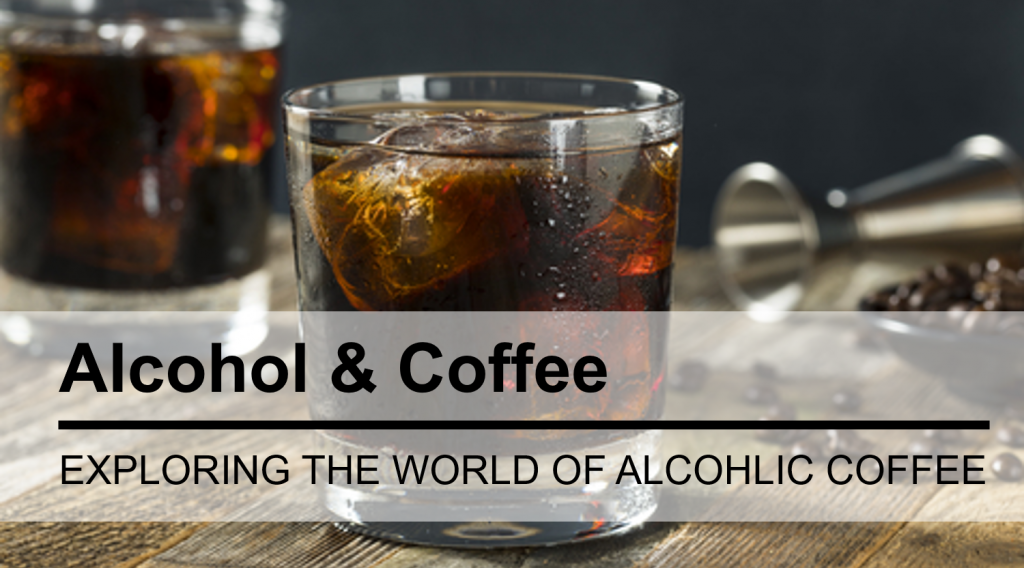 The global market value of coffee is expected to witness a 5.5% CAGR between 2018 and 2023. More alcoholic beverage producers are looking for ways to incorporate coffee into their drinks to enhance flavor and entice coffee lovers to embrace their products. Here’s a look at what is happening in the world of alcohol and coffee.

According to Mintel, 20% of the U.S. coffee market is occupied by ready-to-drink (RTD) segment, which is predicted to grow by 67 % over the next five years. Beverage creators are preparing to capitalize on these trends and growth by creating new coffee options with alcohol.

In 2017, Diageo released Bailey’s RTD iced coffees in the UK. The 200ml cans come in both Latte and Mocha flavors. The company said they are a mix of “Arabica and Robusta iced coffee with real milk, fine spirit and the taste of Baileys Irish Cream.” Bailey’s iced coffee is 4% alcohol by volume (ABV).

FrappaChata is a ready-made cocktail made with premium dark roast coffee that’s blended with RumChata cream liqueur. It is 12.5% ABV and has caffeine levels similar to decaffeinated coffee. Bad Larry’s “blends cold brew with malt for a perfectly sweetened and unforgettably smooth boozy coffee,” according to a news release. The beverage is sold in four-packs of 11.5-ounce cans. It is 6% ABV and contains 180mg of caffeine per can.

While beverage creators are enjoying experimenting with new ways to combine coffee and alcohol, they must also be aware of the changing regulations surrounding caffeine in alcohol.

In 2010, there was a wide-reaching ban on alcoholic energy drinks across the U.S. The Food & Drug Administration (FDA) issued warning letters to four caffeinated alcoholic beverage companies advising that adding caffeine to malt beverage products was considered an “unsafe food additive.” Food additives are subject to review and approval by the FDA, and although alcoholic beverages usually fall under the Tobacco Tax and Trade Bureau (TTB) in this case, the TTB agreed that shipping and selling beverages that are considered adulterated under the Federal Food, Drug, and Cosmetic Act (FFDCA) are mislabeled under the Federal Alcohol Administration (FAA) act and are not permitted to be shipped or sold.

All of this put into question if caffeine and coffee would be considered a Generally Recognized as Safe (GRAS) additive. To be considered GRAS, there must be evidence that demonstrates the safety of the intended use of the substance. The FDA has stated that alcoholic beverages containing added caffeine may be subject to agency action if the available scientific data and information indicate that the use of synthetic caffeine in those products is not GRAS. A manufacturer is responsible for ensuring that its products, including the ingredients of its products, are safe for their intended use and are otherwise in compliance with the law.

In Canada, the sale of alcoholic caffeinated energy drinks is not authorized, and caffeine cannot be used as ingredients in other alcoholic beverages. According to Global News, Food and Drug Regulations from Health Canada prohibit adding caffeine to alcoholic beverages but allow some alcoholic beverages to have “flavoring ingredients” like guarana and coffee that naturally contain caffeine. It’s permitted to have a pre-mixed beverage, like a canned rum and coke, where the soft drink would have caffeine as a food additive. Currently, Health Canada doesn’t place limits on how much flavoring agent can be added to a drink, including those with natural caffeine.

According to research by the European Center for Monitoring Alcohol Marketing, in Europe, non-member states have more stringent regulations when it comes to alcoholic beverages containing caffeine than do EU member states because of possible conflicts with EU trade agreements. The study also found that in most countries without a ban on energy drinks, more alcoholic energy drinks could be found. However, even in countries with stringent energy drink restrictions on drinks with more than 150mg of caffeine per liter, alcoholic energy drinks containing guarana and ginseng are popping up as a way to get around caffeine regulations.

As more information points to the adverse side effects of combining alcohol and caffeine, beverage producers will need to remain aware of the implications of current and future regulations on how they can produce, market, and sell products.

With the longstanding popularity of both alcohol and coffee, more beverages that contain the two are inevitably on the way. Consumers’ tastes as well as the legal and regulatory environment in which they are introduced will largely influence what those beverages look like.