Posted on January 11, 2017 by DrinkPreneur in Brand News 0 Comments 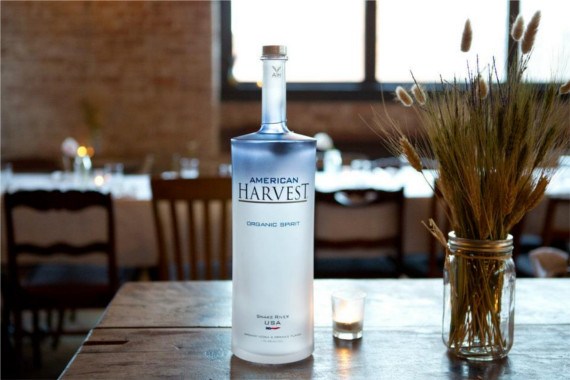 American Harvest Vodka was created by the Sidney Frank Importing Company (SFIC) in 2011 and gained a strong national foothold by 2014. When SFIC was acquired by Jägermeister of Germany in 2015, the Frank family retained ownership of the brand. The sale of American Harvest to the Beach Whiskey Company returns the brand to one of its creators, Bill Henderson, now Chief Marketing Officer of Beach Whiskey.  Terms of the deal were not disclosed.

American Harvest is handcrafted in small batches from American wheat and distilled with 100 percent certified organic ingredients to yield a distinctly smooth spirit with a crisp, clean and slightly sweet hint of real agave. The wheat is estate grown from a single family farm, and the water is from a protected source beneath the Snake River Water basin.

“American Harvest is a brand near and dear to my heart,” said John Frank, former Chairman of Sidney Frank Importing Company and new member of the Beach Whiskey Advisory Board.

“We went to incredible lengths to ensure purity from farm to bottle in creating this truly American spirit.  I’m pleased to see American Harvest in the hands of Beach Whiskey’s very capable team, and I look forward to contributing to their portfolio’s exciting growth.”

“While craft spirits have taken off, so too are consumers becoming increasingly focused on the provenance of their food. They want to know who raises their beef and from which farm their fruits and vegetables are sourced,” said Bill Henderson, Beach Whiskey CMO. “American Harvest Vodka was created because we believe the same can and should be true for spirits.”