Posted on April 15, 2014 by DrinkPreneur in Beverage News 9 Comments 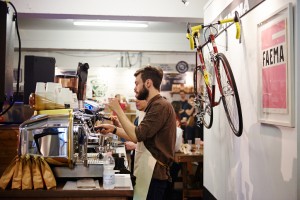 “We are so thrilled that so many were able to join us for an incredible four days of coffee, food, music and art. Thank you so much to everyone who joined us, from our wonderful exhibitors and sponsors to the coffee loving public who made the festival a very special showcase for the thriving and vibrant UK coffee scene.” said festival organiser, Ludovic Rossignol. 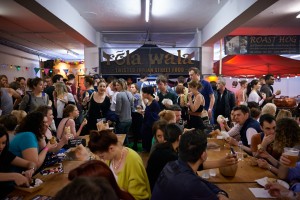 Elsewhere, in the ‘Hyde Park Zone’ of the festival, Dhan Tamang of Caracoli won the Cravendale M.I.L.K Battle and a trip of a lifetime to Peru.

The festival, which is the launch event of UK Coffee Week 2014™, also managed to attract more than 250 exhibitors and raise an incredible £77,000 for Project Waterfall – to support water projects in Tanzania, Africa. 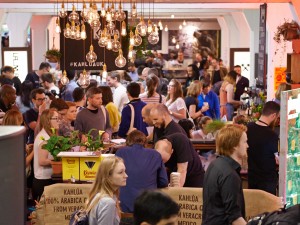 The festival will return in April 2015 for its fifth year on 23-26 April at the Old Truman Brewery.

About The London Coffee Festival

The festival is the launch event of UK Coffee Week which takes place nationwide between 07 and 13 April 2014 and features fundraising events in aid of Project Waterfall, a charity that delivers clean water projects to coffee-producing countries.