Posted on September 25, 2017 by DrinkPreneur in Brand News 0 Comments 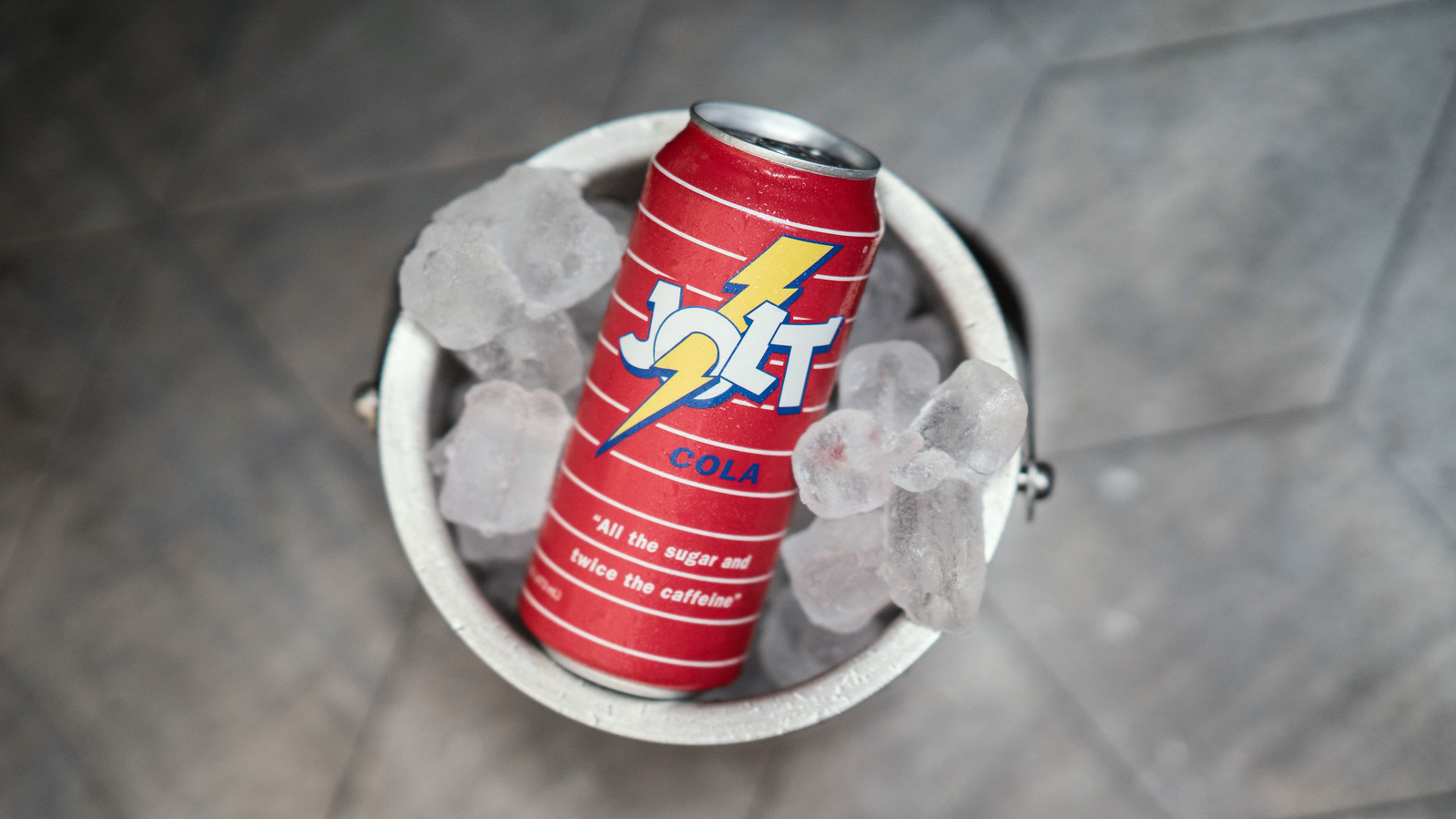 Jolt Cola announced today that America’s original carbonated energy drink is now on sale at Dollar General Stores across the country. The one-year, exclusive distribution deal will provide customers with access to single $1 cans offering 16 ounces of all the sugar and twice the caffeine.

Initially, more than 8,500 Dollar General stores will carry Jolt, providing thirsty fans a direct supply of the original recipe, that debuted in 1985, made with pure sugar. This is the first exclusive offering of Jolt as the company takes back its rightful place as the carbonated energy beverage of America.

“Our collaboration with Dollar General resulted from a chance meeting on a plane,” shared Kathryn Lyons, Jolt Cola Spokesperson.

The single cans feature the original thunderbolt logo and simple striped design that debuted with the iconic cola more than 30 years ago. Manufactured in the U.S., Jolt Cola is America’s homegrown, highly caffeinated carbonated beverage of choice.

Hailed as the “drink of a generation of nerds” by Geek.com and “go-to carbonated drink for night-owls, Atari addicts and computer geeks” by Thrillist, demand for Jolt is surging across the country. Customers can look for the nearest Dollar General store that is carrying Jolt by visiting www.joltcola.com.

The delicious but dangerous beverage is recommended for adult consumption only. This is not a drink for children. Jolt is unabashed about how much caffeine and sugar is packed into the new 16oz. cans — an extra tall, extra caffeinated, adults-only cola beverage.

“Drinking Jolt is a vice. We heard our fans clamoring for the only beverage with enough caffeine to get them through all-nighters,” said Jolt Cola CEO Doug Dixon. “A lot of bad decisions were made while drinking Jolt the first time around and we intend to make sure that a steady supply of Jolt continues our fans in that direction.”