Posted on April 21, 2016 by DrinkPreneur in Beverage News, Marketing 0 Comments 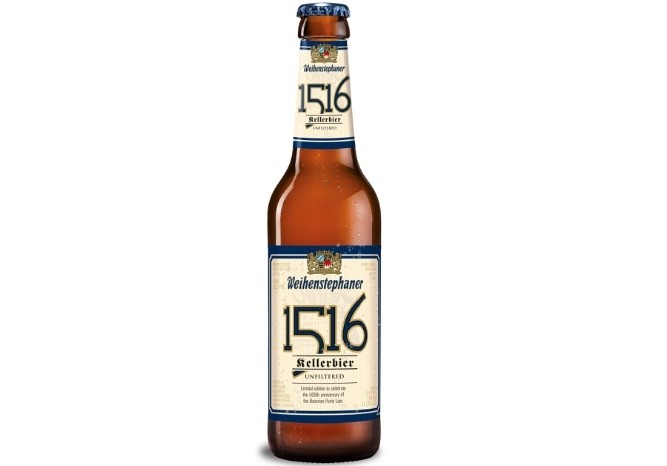 The Reinheitsgebot decreed that the only water, hops, malt and later yeast, could be used in the brewing process.

Keeping in line with tradition and in accordance with the 500-year-old purity law, 1516 is brewed using only local ingredients, then conditioned in Weihenstephan’s historic cellars.

“We wanted to produce something rich in tradition,” remarks Marco Schäfer, Weihenstephan’s Master Brewer, “We chose a kellerbier because it is an original kind of brewing.”

Before controlled refrigeration, brewers would store their beers in kellers, or cellars, where the unfiltered beer would condition, often resulting in a naturally cloudy, refreshing beer. This amber-orange-colored kellerbier reveals a touch of caramel and it’s chosen hops create a pleasant bitterness to perfectly complement its well-balanced malt body.

The Bavarian State Brewery Weihenstephan, founded in 1040, is the oldest existing brewery in the world. As a regulated enterprise of the Free State of Bavaria, Weihenstephan brews beers of the highest quality and successfully exports to over 40 countries worldwide, including the United States. The unique combination of tradition and science gives the brewery the quality standard “premium Bavaricum” and has garnered many national and international awards for our world-class beers.