Posted on January 18, 2017 by DrinkPreneur in Marketing 0 Comments 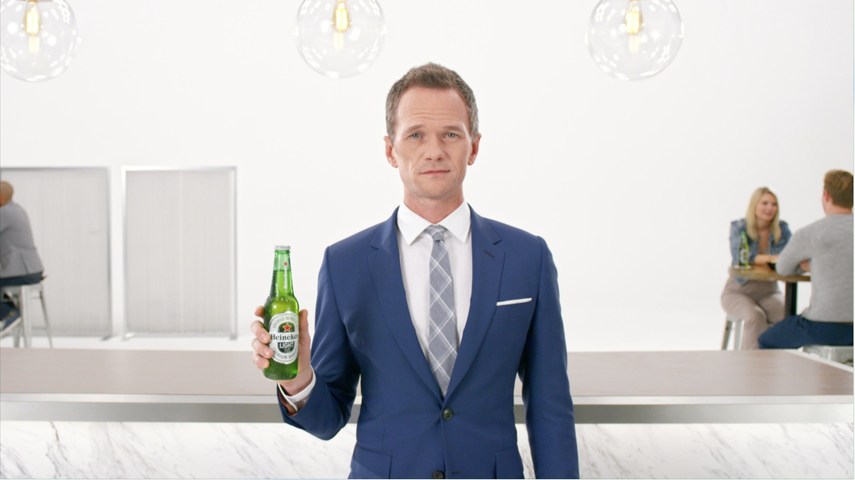 In the spot, Neil states that many think it is impossible to brew a great tasting light beer as so many light brews lose their taste in the effort to cut calories. Heineken Light, however, breaks these stereotypes through its unique use of the key ingredient: Cascade hops, which are commonly found in craft IPAs and known to be the best hops grown in the United States. As the spot closes and with a beer in hand, Neil then quickly shifts to other “impossible” feats and makes an attempt to hypnotize viewers with a cold, signature green,Heineken Light bottle.

“I hardly think that anyone needs to be convinced to enjoy a deliciousHeineken Light with their Cascade hops. But as I dabble in magic, I was happy to assist,” shared Neil Patrick Harris. “The camera man sure seemed to get it.”

“Most light beers are virtually interchangeable, but Heineken Light’sunique ingredient, Cascade hops, is what gives the beer it’s delightfully flavorful taste,” shared Ralph Rijks, Senior Vice President of Marketing, Heineken USA. “As the ad boldly states, it may seem impossible, but by using the best hops in the United States, Heineken Light has become a true differentiator among other light lagers, with a great taste that can’t be argued.”

‘Hypnotize’ is the first of three :15 second television commercials in Heineken Light’s 2017 “Best Tasting Light Beer” campaign. It will air through March across highly rated general market and Hispanic networks such as AMC, ESPN, FX, Comedy Central, Univision, NBC Universo and more, gaining presence in cable originals and live sports. Digitally, the spot will be distributed via YouTube, Hulu, Roku and various other video platforms.