Signature Brew launches All Together IPA

Posted on May 1, 2020 by DrinkPreneur in Marketing 0 Comments 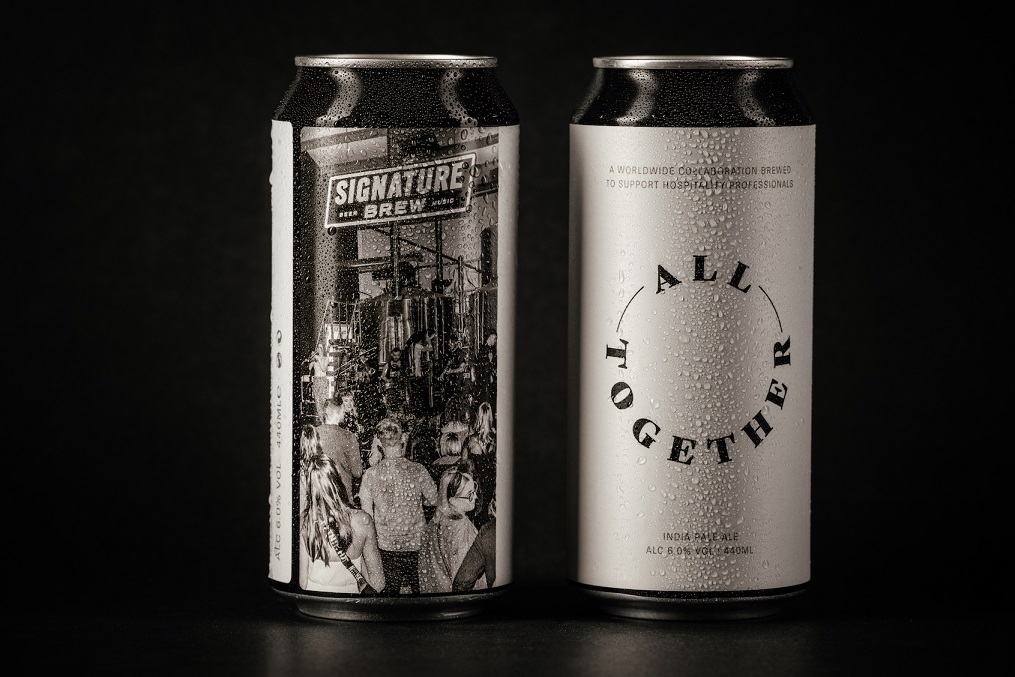 All Together is a project devised by Other Half Brewing of NYC with the aim of raising funds for hospitality industry professionals who have been suffering globally through Covid-19 lockdowns.

Each participating brewery has been asked to brew a beer to a recipe Other Half have released, donating a proportion of their choosing to a relevant cause. East London based Signature Brew has decided to donate 20% of proceeds to The Drinks Trust, a UK charity supporting drinks industry professionals.

Other Half also released the label design to be customised by each brewery, with the space on the left available to fill with the design of their choice. Instead of design, Signature Brew chose a gig photo taken at our International Women’s Day gig as it sums up their love for beer and music – and perfectly captures the spirit of being All Together. 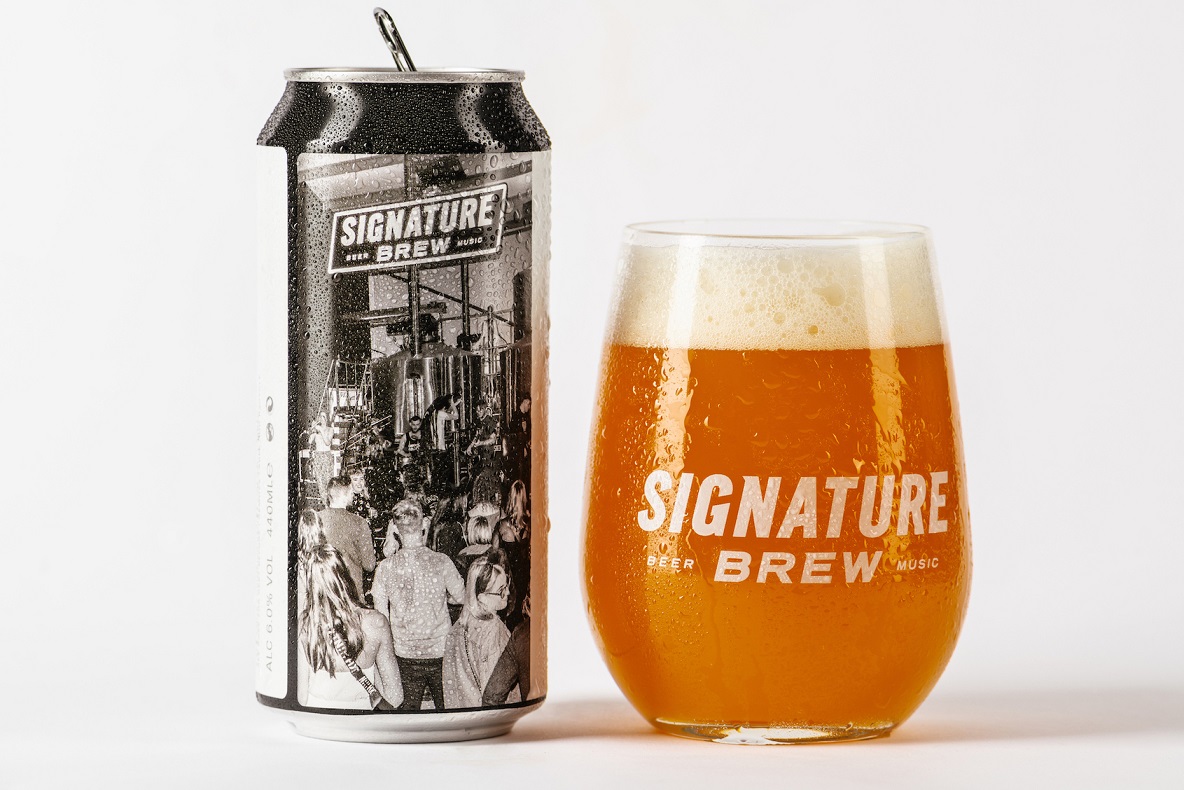 The appearance is a hazy orange, with fluffy, dense foam. The aroma is fruity, with tropical notes from the dry hopping and peach and apricot from the yeast.

The flavour is full-bodied, with lots more tropical fruit (mangoes, pineapple), and a subtle bitterness; you can find the beer online via Signature Brew’s website for £5.20 per 440ml can.

Signature Brew is on a mission: to revolutionise the quality of beer at live music events.

Launched in 2011, Signature is the world’s number one brewery for band collaboration beers, having brewed with Idles, Mogwai, Alt-J, Slaves, Mastodon, Frank Turner, Rodney P, Enter Shikari and many more.

Led by founders Sam McGregor and Tom Bott, the Signature brewery team is made up of musicians and music fans alike and – with an unwavering commitment to quality – Signature Brew has channelled the spirit and energy of live music into a brewery that stands for craftsmanship, artistry and passion. Brewed in Walthamstow, enjoyed by beer lovers and music superfans globally, their beers are of unrivalled quality, and they were crowned SIBA’s highly prestigious Brewery Business of the Year 2018.

2020’s Covid 19 crisis has seen Signature Brew get creative to keep the beer flowing in people’s homes, creating The Pub in a Box, hand delivered in London by musicians who’ve had their tours cancelled (paid London Living Wage) and delivered via courier nationally. You can see Signature’s main driver, Josh from The Skints who’ve had their US tour cancelled, as well as their Glastonbury slot.

April 2020 also sees Signature Brew team up with the women behind Manchester Punk Festival to launch a hoppy and hopeful Nightingale New England Pale Ale. Originally brewed with a celebratory kick off gig at Signature Brew’s Walthamstow brewery, the collaboration beer was due to be served up at the festival in April 2020. Co Founder Sam McGregor comments, “When the festival got cancelled, we knew we had to dedicate the beer to the staff of the NHS. For every beer sold, we’ll give a £1 donation to NHS Charities Together, because no one deserves support right now more than those on the front line.”

When this all blows over, Signature Brew are also selling tickets for a proper piss up in a brewery, as well as two Skints gigs (their first in E17 for 10 years) as something for everyone to look forward to – we can all raise a glass to that!