Jubel – The Story Of Eco-Responsible Beer

Posted on August 28, 2019 by Ugne Butkute in Beverage Startups 0 Comments 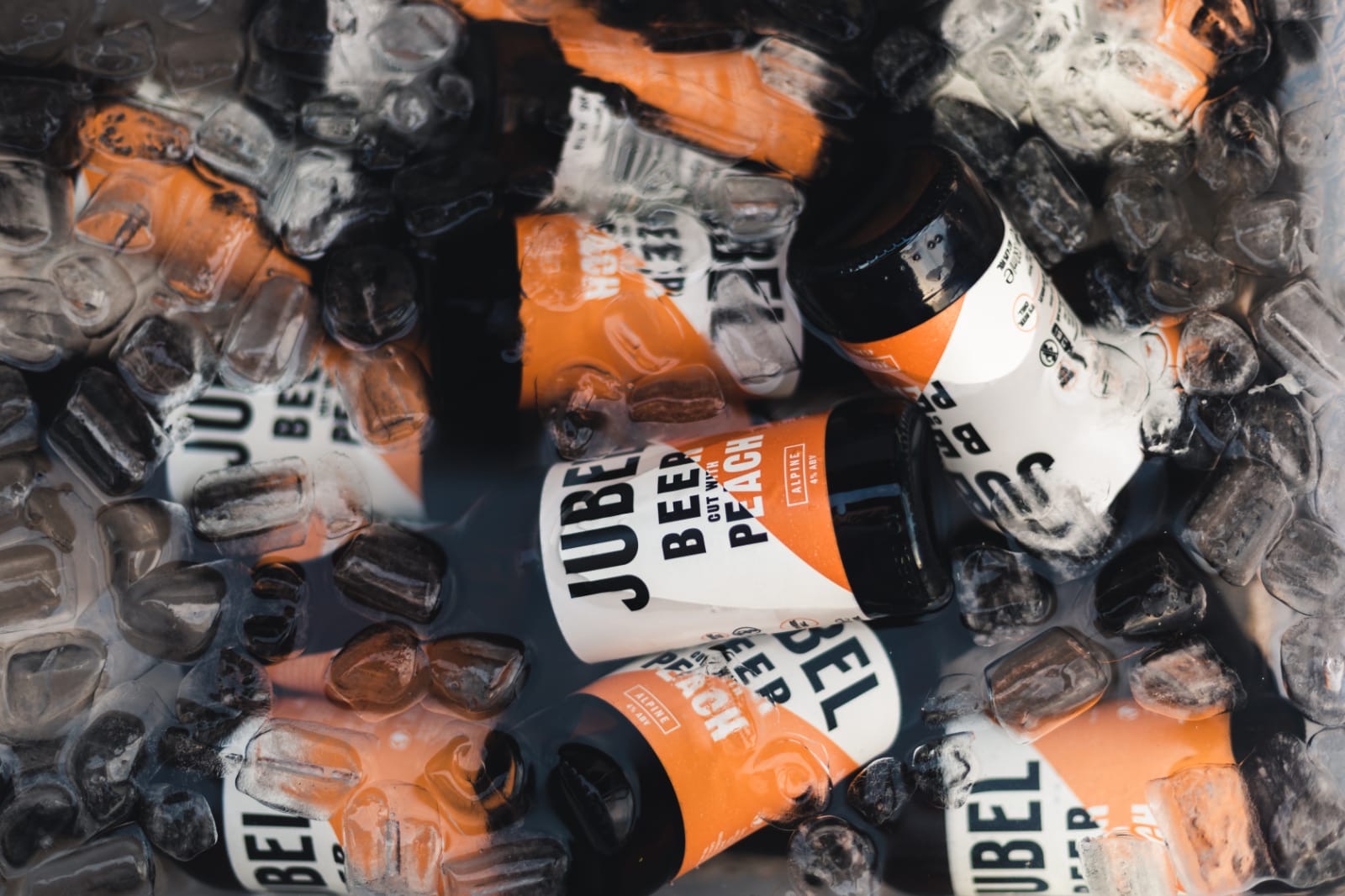 1200 stores in 4 countries, three amazing beers and eco-responsible beer brand. Yes, I’m talking about Jubel! Launched in 2018, the brand has been growing wildly fast. Today, I have the pleasure of talking with Jesse Wilson, Founder and CEO at Jubel.

Jubel has a unique story. Can you share it with our readers?

At Jubel we are pioneering a new style of craft beer: naturally infused fruit lager. After discovering a dangerously refreshing beer tradition at an après-ski bar in the Alps, I set about recreating the beer after finding nothing like it back home. I sunk my savings into a big brew that flew at a festival and escaped my 9-5 to pioneer this new category of beer. It took two years to fine-tune the beer, working with the UK’s twice-awarded Brewer of the Year to craft the perfect balance. The range of highly sessionable craft lagers available includes the original Alpine, which is cut with peach; Urban, cut with elderflower and the newest infusion Coast, cut with zingy grapefruit. 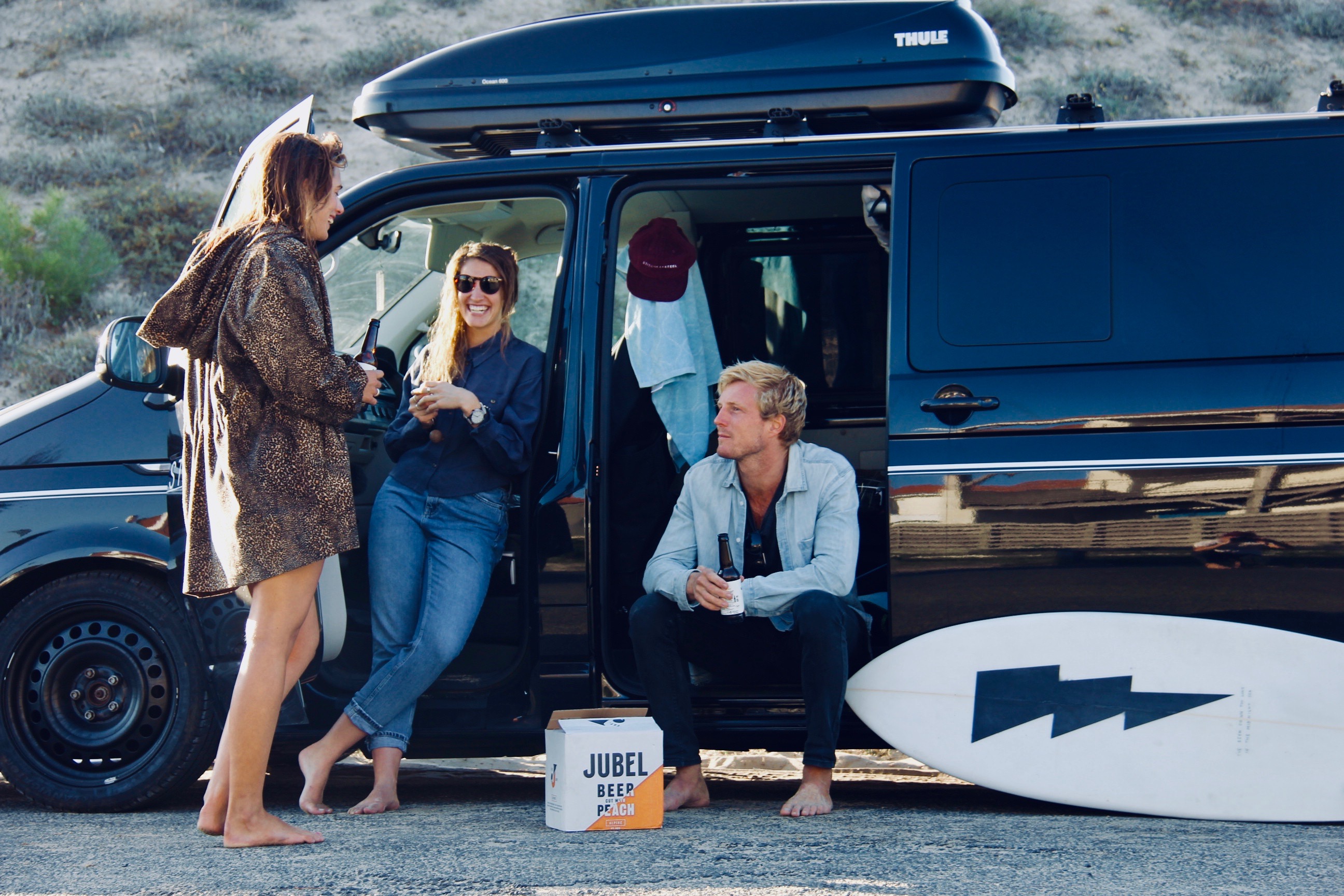 As you have stated in your promotional video, there wasn’t anything similar to Jubel on the United Kingdom’s market. What difficulties did you face during the development process?

No one knew how to brew the beer style we want to create, including us, so that made it very difficult to work out how to brew a beer that had the refreshment of a fruit cider but the sessionability of a crisp lager. Our brews were either too sweet and heavy, or lacked any fruit character so it took 18 months of fine tuning and working with the UK’s twice-awarded brewer of the year to craft the perfect balance. Jubel has a prominent fruit aroma on the nose with the refreshing fruit character coming through initially to taste, followed by a dry lager finish which makes the beer light and sessionable.

Jubel is a beer range with three different beers. Can you tell us a little bit more about each? Which one is your favorite?

We were relentless about crafting a perfectly balanced beer, which took two years to hone. Alpine is our original brew, inspired by a dangerously refreshing beer tradition from the Alps that was too good not to share. Alpine combines the taste of crisp lager with freshly ripe peaches; the fruit is balanced with a clean, light-bodied lager to deliver the refreshing blend of zesty peach notes, cut with some classic pilsner character.

This was our fresh beer for a new frontier. Urban was the brew-child of a discovery at a London restaurant that was a juxtaposition of elderflower and lager in a taste of the English countryside contrasted with an urban setting. Urban is a light-gold lager infused with delicate elderflower, resulting in a floral complex that gives way to a subtle lager finish. 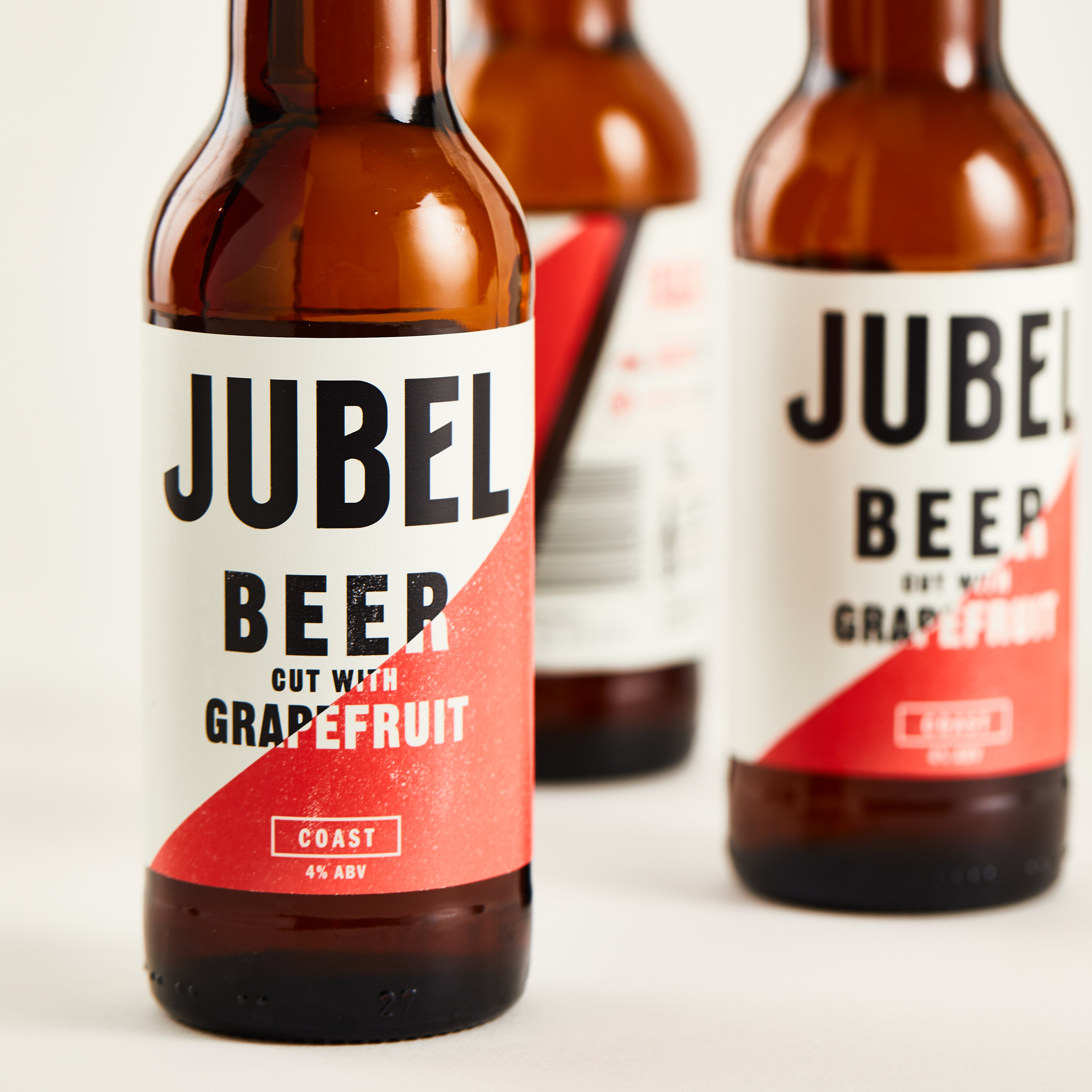 The new beer on the block is also inspired by an overseas adventure, we discovered a fresh Mediterranean grapefruit & lager beer secret whilst island hopping off the coast of Croatia and needed to bring the taste of that adventure home. Coast is a crisp lager blended with the zing of juicy grapefruit – a thirst quenching citrus session cut with lager undertones for a balanced bitterness.

For me though, Alpine has to be my favourite because it is the original brew and reminds me of discovering demi-peche in the Alps!

Since 2018 when Jubel was released you managed to launch the brand in 4 different countries. What is your key to success?

We picked up a national listing with Sainsbury’s as part of their Future Brands programme which they put all across the UK in England, Wales, Scotland and Northern Ireland, so you can find us up and down the land. I think we have a really differentiated product that people love and a distinctive brand that stands for fuelling more adventurous living. The craft beer market has exploded and become incredibly competitive but the strength of our product and brand are helping us to stand out and grow quickly via word of mouth.

What is the biggest milestone for Jubel you aim to reach in 2020?

We’d like to become a 10,000HL brand in 2020, which is 3 million bottles worth of beer, which would be a huge achievement for us in our third year from launch.

What advice would you have given yourself before you started out in the beverage business?

Trust your gut – it is almost always right.