Posted on January 24, 2020 by DrinkPreneur in Market 0 Comments 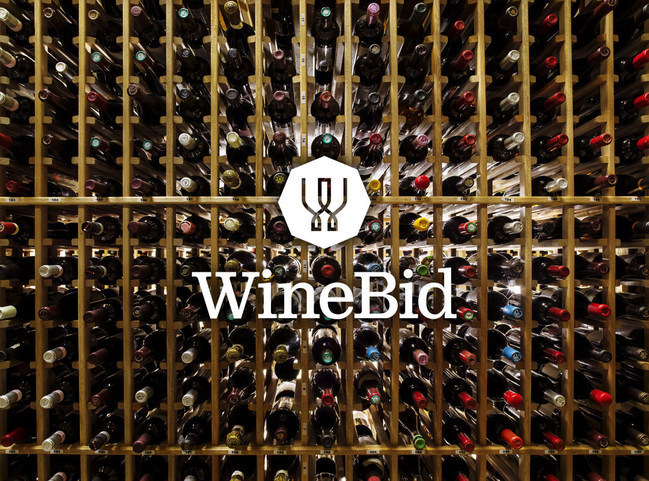 WineBid, the leading global online auction for fine and vintage wine, announced approximately $29 million in revenue for the year-end.

The top 10 most valuable bottles sold on WineBid in 2019 were all from world-renowned Domaine de la Romanee-Conti.  Single bottle lots from 1995, 2002 and 2006 were all won between $10,000 to over $14,000 per bottle.  Full cases of DRC, Chateau Lafite-Rothschild, and Chateau Mouton Rothschild were competitively bid as high as $26,765. Many 1.5L magnums were auctioned and won with vintages from 1988 to 2014 and labels such as DRC La Tache, Petrus, Le Pin, Haut-Brion, and even a 1974 Heitz Martha’s Vineyard Cabernet Sauvignon.

These top magnums went for between $3,500-$7,500.  Many exciting and unique Imperials/Methuselahs were competitive, such as a 1984 Opus One, 1988 Chateau d’Yquem, 1983 Mouton and 1997 Lafite, all ranging between $2,040 and $4,335 per lot. Other rarities included multiple vintages from Jacky Truchot, Bizot, Henri Jayer, Domaines d’Auvenay and Leroy, Cecile Tremblay, Gentaz-Dervieux, Pierre Overnoy, Edmond Vatan, and a rare 19th century 1-liter bottling of Isaias W. Hellman Angelica, Cucamonga Vineyard in San Bernardino County, California.

“2019 was a dynamic year for the wine industry, with a major US Supreme Court case on wine shipping decided earlier in the year, wildfires and outages happening across Napa and Northern California in the fall, and a global trade war with China and France during the winter months. Many outlets described a softening in the price of high-end Burgundies, and a glut of grapes and lower-end wines,” said Russ Mann, CEO of WineBid.

“With the WineBid weekly auctions, we have the most up-to-date market trends and pricing on over 500,000 labels. While we saw some softening in Grand Cru Burgundies, we also saw a slight uptick in First Growth Bordeaux demand and pricing, as well as in high-end California Cabs.  We experienced continued strong demand from our buyers across Asia, and increasing interest from large consignors in moving toward our web-only weekly auction model.”

The WineBid data set is considered to be such an industry standard that The Economist magazine requested to use a sample for a historical wine price by region analysis. The Economist article deduces that over the 16-year period analyzed, Burgundy wine as an investment beat the S&P 500 by nearly 200% (excluding storage and transaction costs). While WineBid believes that wine is best collected, consumed, and shared with friends, the analysis provided great insight for debate and discussion.

“2019 was a significant year of transition for WineBid and for the wine industry. We’re proud of the great collections we were entrusted to bring to market, and the innovations we’ve been able to introduce as well. We expect 2020 to be an even more exciting year for WineBid and wine collectors,” said Mann.

Finally, in late 2019, WineBid launched its innovative new 360Bottleshot(TM) technology. 360Bottleshot allows auction bidders to rotate and zoom bottles in high resolution in both web and mobile app formats, without the need for downloads or plugins. No other online wine auction house or retailer offers this level of photography or inspection notes, representing the ultimate in authentication and provenance in the industry.