Posted on January 23, 2020 by DrinkPreneur in Brand News 0 Comments 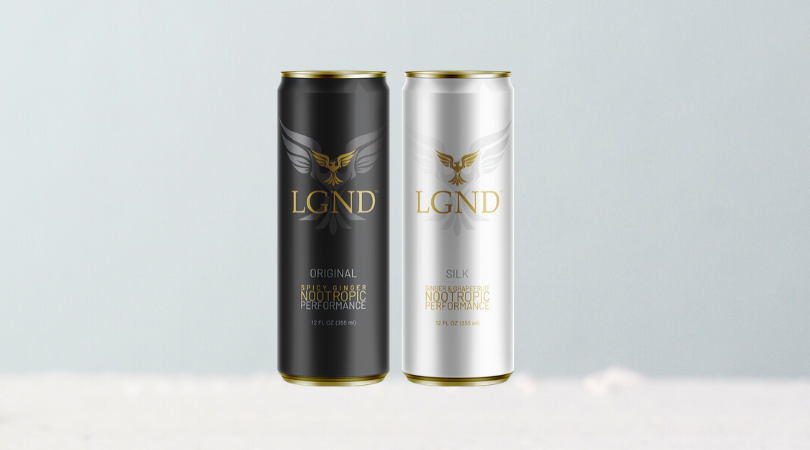 LGND Inc. announces the launch of the new LGND Original and LGND Silk following a successful test batch. The two natural products are infused with nootropics, ingredients shown to be good for brain health and cognitive function. The drinks are marketed as ‘Nootropic Performance Beverages’ in order to highlight their difference from traditional energy and functional drinks.

Both products are vegan-friendly and come in the flavors “Ginger Grapefruit” and “Spicy Ginger”. LGND intends to promote performance and well-being by using beneficial ingredients like green tea and turmeric root, combined with nootropic ingredients such as bacopa monnieri and citicoline.

The drinks have added prebiotics and dietary fiber in the form of inulin, also known as chicory root.

“Research shows a connection between gut health and mental and physical well-being and many artificial sweeteners have been found to be toxic for the good bacteria in our microbiomes. Inulin is one of the best ways to feed the good bacteria in our gut, so the ingredient adds another dimension of performance to LGND.” says Joakim Stuart, CEO for LGND Inc.

In 2019 the company took their test batch to SXSW, South by Southwest, one of the world’s biggest tech and culture festivals and was a popular exhibitor at the health and wellness expo. “We got a lot of positive feedback for the product. The only change that people wanted to see was a reduction in sugar.”

Based on the feedback on the test batch calorie and sugar content were lowered by almost 70% on a volume basis while preserving the taste using a blend of natural sweeteners. The new formula will have a net carb content of 6 grams and a total of 30 calories per 12fluid ounces.

According to Stuart, LGND has been particularly popular with gamers, athletes and young professionals – demographics that are known for adopting new trends and technologies early. “One of our goals is to disrupt the energy drinks market. The accelerating shift towards functionality is encouraging. You no longer see professional athletes smoke and drink beer, but go back 50 years and it’s a different story. We see the trend and believe that people from all walks of life will focus on performing better and drop the modern-day equivalents, the energy drinks and junk food, in favor of nootropic performance drinks and healthier diets to achieve on a higher level”

“With the continued growth of nootropics there will be enormous changes to the energy drink industry as nootropic performance beverages can deliver everything they promise and more.”