Posted on June 28, 2018 by DrinkPreneur in Retail 0 Comments 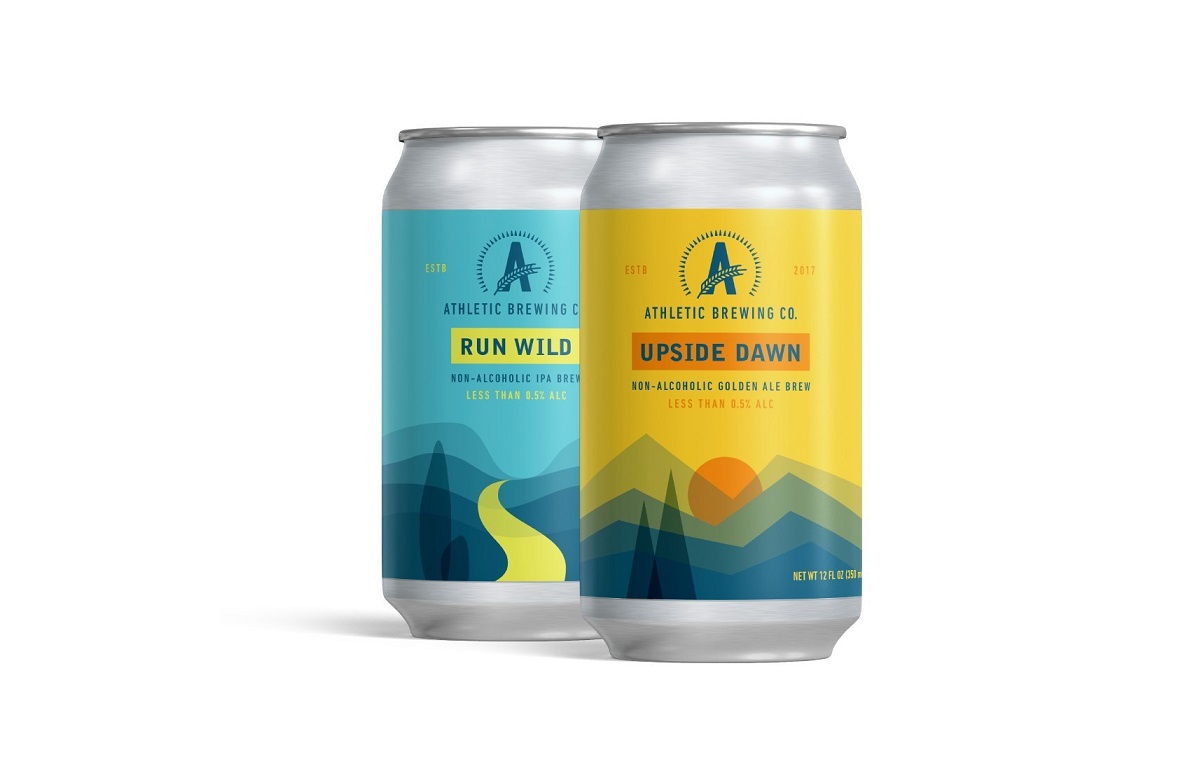 One month after opening its taproom, Athletic Brewing Company is proud to announce that it has partnered with Star Distributors to launch their two flagship non-alcoholic offerings, Upside Dawn Golden Ale and Run Wild IPA, state-wide in Connecticut.

Upside Dawn non-alcoholic golden ale is a clean, balanced and refreshing ale brewed to the golden style. It has subtle aromas that are both floral and earthy. It is only 50 calories and is made from all-natural, high-quality ingredients.

Run Wild non-alcoholic IPA is the ultimate sessionable IPA for craft beer lovers. Brewed with a blend of five Northwest hops, it has an approachable bitterness to balance the specialty malt body. It pairs perfectly with summer meals and is 70 calories.

Both flagship offerings are brewed with meticulous care by an award-winning head brewer in Athletic Brewing Company’s new state-of-the-art brewery in Stratford, Connecticut. After an enthusiastic reception in their tap room and throughout the Northeast at athletic events such as half marathons, triathlons, and IronMans, Athletic hopes to reach healthy and active beer lovers state-wide. Their premium crafted beverages fill a large void for consumers who do not want to deal with the side effects of alcohol and wish to maintain a clear head for any number of mindful and healthy reasons.