The Story Of Santa Monica’s First And Only Local Beer

Posted on November 20, 2019 by Ugne Butkute in Beverage Startups 0 Comments 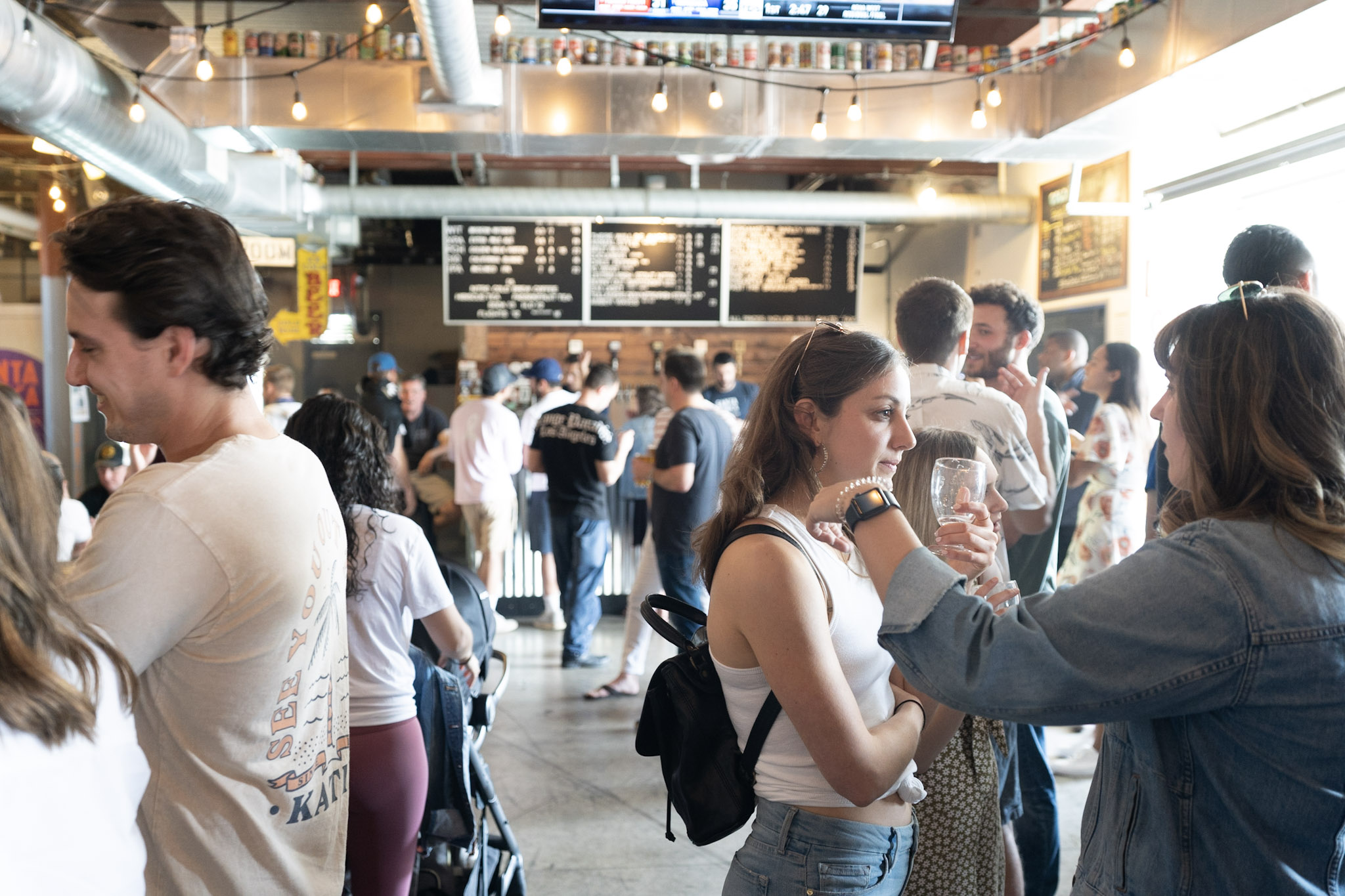 What do you get when you combine a group of guys who share a mad love for great beer and the city of Santa Monica? The first and only production brewery in the loved city. Today, I have the pleasure of talking with Scott Francis, Co-Founder at Santa Monica Brew Works.

Let’s start at the very beginning. How did you come up with the idea of Santa Monica Brew Works?

The idea began with one of my partners, Carl Sharpley, who worked at Ye Olde King’s Head, a very popular Santa Monica bar, he was repeatedly asked by patrons for a pint of the “local beer.” After hearing that request hundreds of times, he realized that there should be a brewery in Santa Monica. Carl and I met through a mutual friend. I thought it was a great idea and worked around the clock for two years to make it a reality. I’m told that others have tried to build a brewery in Santa Monica and LA’s Westside but for one reason or another could not get it done.

In addition to dozens of specialty beers, SMBW has five different core beers to choose from. Can you tell us a little bit more about each? What’s the most popular? Do you have a personal favorite?

In Santa Monica we celebrate summer year-round, so we had to offer a crisp & refreshing option that could be enjoyed 24/7/365. That was the inspiration for our 310 CALIFORNIA BLONDE ALE. It’s appropriate for any occasion – which is probably why it become our top seller.

Our MODERN WITBIER (WIT) was the first style of beer we produced. It’s our contemporary take on a Belgian wheat beer. Brewed with orange peel and coriander, you’ll get floral and citrus notes with a hint of clove. The tart finish is seriously thirst-quenching.

XPA (XTRA PALE ALE) is our full-flavored American-style pale ale. We use choice New Zealand Wakatu hops which gives it a really interesting earthy character with notes of grapefruit and honeydew. It’s a hoppy beer without the overwhelming bitterness.

As a Southern California brewery, we knew we had to brew a terrific West-Coast-style IPA. Our INCLINED IPA is generously dry-hopped with a blend of five American varieties. Balanced & approachable with a zesty nose – it’s a left-coast classic. I love it when people tell me they don’t like IPAs and then fall in love with ours. 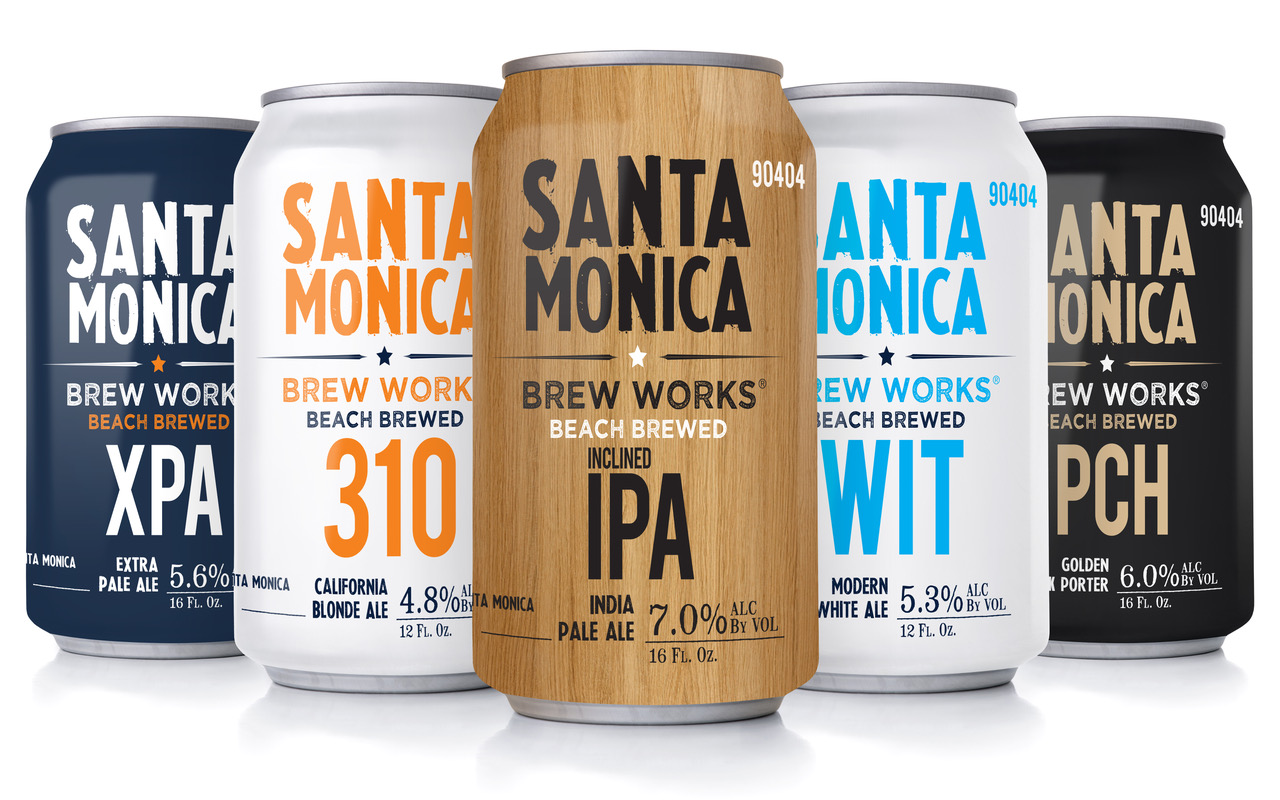 Our most unique offering is our PCH GOLDEN MILK PORTER. The PCH might share a name with the iconic seaside highway, but in this case, it stands for “PALE CHOCOLATE HEAVEN.” Brewed with over 100lbs of cocoa nibs per batch, the chocolate flavor is real. And you’ll surely be surprised by its golden color. Insiders tip; top it with a scoop of vanilla ice cream. Decedent and spectacular! My daughter and I love that combo – so for that reason, I’ll pick it as my personal favorite although our IPA is a close second.

Releasing a brand line is difficult, not to mention running a tasting room as well. What difficulties have you faced thus far?

Our difficulties are probably the same as most other breweries:  (1) maneuvering through the bureaucracy and abiding by the rules and regulations of the TTB, ABC and Santa Monica; (2) distributing our products – first on our own (the logistics) and then via a distributor (standing out among the crowd); and (3) competing with the big beer companies who control the marketplace.

Having a tasting room gives a huge advantage to gather feedback from your customers. What are the biggest trends among beer lovers you have noticed recently?

The “haze craze” is an undeniable trend. Hazy or juicy IPA’s are characterized by their fruit-forward aroma, hazy appearance, and a full-bodied mouthfeel. In non-beer-nerd speak, they’re less bitter, outrageously fruity, and look like a glass of OJ. Totally Instagram-able! We’ve whole-heartedly embraced the hazy explosion through our series of great-tasting, well-hopped IPAs – and the sales prove their popularity. Our Tasting Room top seller is our Award-Winning juicy double IPA “Head In the Clouds”. And our most successful can releases have both been hazy IPA’s (Super Senior DIPA, and Next Day IPA).

A big juicy hazy is best enjoyed ultra-fresh, so that encourages appointment drinking experiences. We invariably see a bump in Tasting Room sales on release days when customers rush to experience these special beers at peak freshness.

In your opinion, what makes Santa Monica Brew Works unique? Why should beer lovers choose SMBW instead of other bars and pubs?

We are Santa Monica’s first and only independent craft production brewery. We’ve made a commitment to authenticity that we didn’t just slap the name of a popular city or marketable name on our label. Every beer we sell is brewed and packaged right in the heart of Santa Monica, “California’s Most Celebrated Beach City.” Our employees are all local. Everything we do is inspired by a love of craft beer and the City we call home. That’s what living the “Beach Brewed” lifestyle is all about.

Consumers demand that brands walk the talk. If a brand is making a promise, consumers expect that brand to keep its promise. That’s why we go the extra mile to source high-quality ingredients for those who seek an elevated drinking experience.

We encourage craft beer drinkers to be inquisitive about what’s in their glass – do you know where your beer is brewed? If you’re at Santa Monica Brew Works, you need only look a few feet away to see the brew kettle and tanks that produced the great-tasting beer you have in your hand. 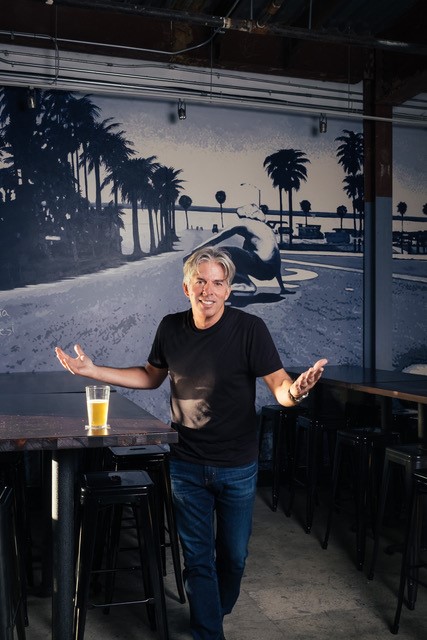 Milestones are a way to understand the progress of your business growth. What is the biggest achievement you plan to reach in 2020, and what makes it an important achievement for SMBW?

Expansion! Specifically, the expansion of our brewery/tasting room footprint and our sales territory. First, we leased the space next to us and will grow to a little more than double our space to almost 30,000 square feet. We are going to become a landing point in Santa Monica.

Second, we plan to expand into territories outside of Southern California. We initially focused our business on sales locally in Santa Monica, and then slowly and methodically expanded into LA and Southern California. We could have done things faster, but we wanted our initial growth to occur organically. This month our brand premiered in Nevada and the early signs are very good. In 2020, we plan to expand into Central and Northern California and two more States to be named later.

Both are important achievements for us because they represent growth on both a local and a regional basis.

I was a bit naive. I truly believed that if you were able to build a brewery and produce great beer, everything would simply fall into place with hard work. I never realized how many impediments there would be (and still are) along the way. My advice would be to truly understand why you want to be in the craft beer industry; then set your goals; do a lot of research; and make sure you understand the financial, time, and emotional commitment that is necessary to make it all happen.

Having said all of that, I wouldn’t trade it for the world. Especially seeing where we are today, and where we’re heading tomorrow.