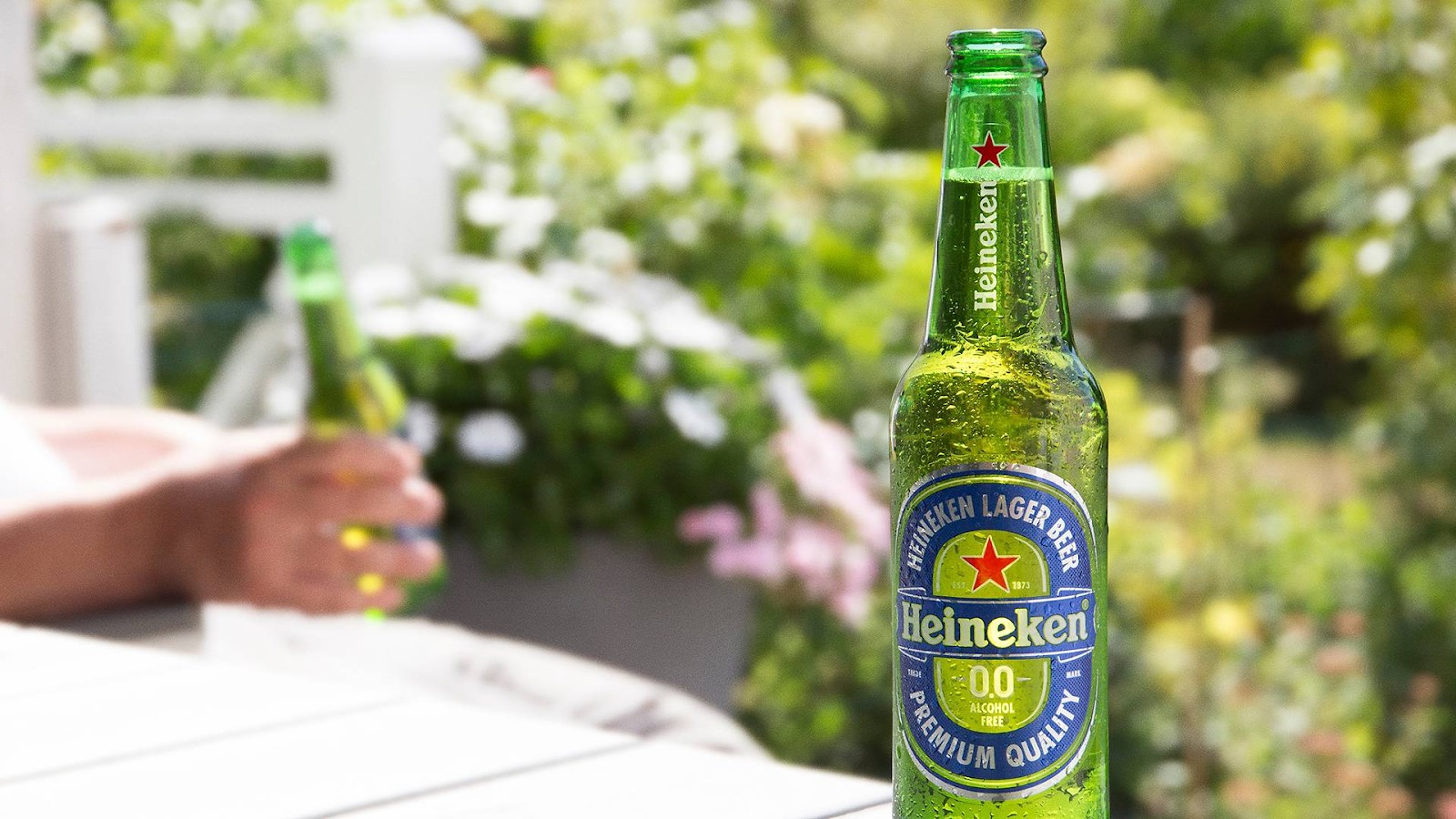 Large multinational corporations from different industries are developing the projects aiming to target the Genz Z, so did the Heineken zero alcohol campaign. Millennials have their own point of view, which was formed taking into account the mistakes of past generations, largely due to widely available researches on the negative influence the alcohol has on the human brains and the organism itself.

The equation “alcohol = fun” gradually fades into the background. The theme of millennials and reduced alcohol consumption becomes more widespread. According to the recent study of WHO Global Health Observatory, beer consumption per person tends to decrease globally, the two “leaders” of positive progression are Equatorial Guinea and China with a total consumption of 9.01 and 1.88 liters per capita of pure ethanol per year accordingly. Good, but still quite high results shows Germany, where the beer consumption has decreased from 9.51 liters to 5.86 liters from 1976 to 2015. The Czech Republic displays the highest point in Europe with a total sum of 6.93 liters of pure alcohol per person per year. 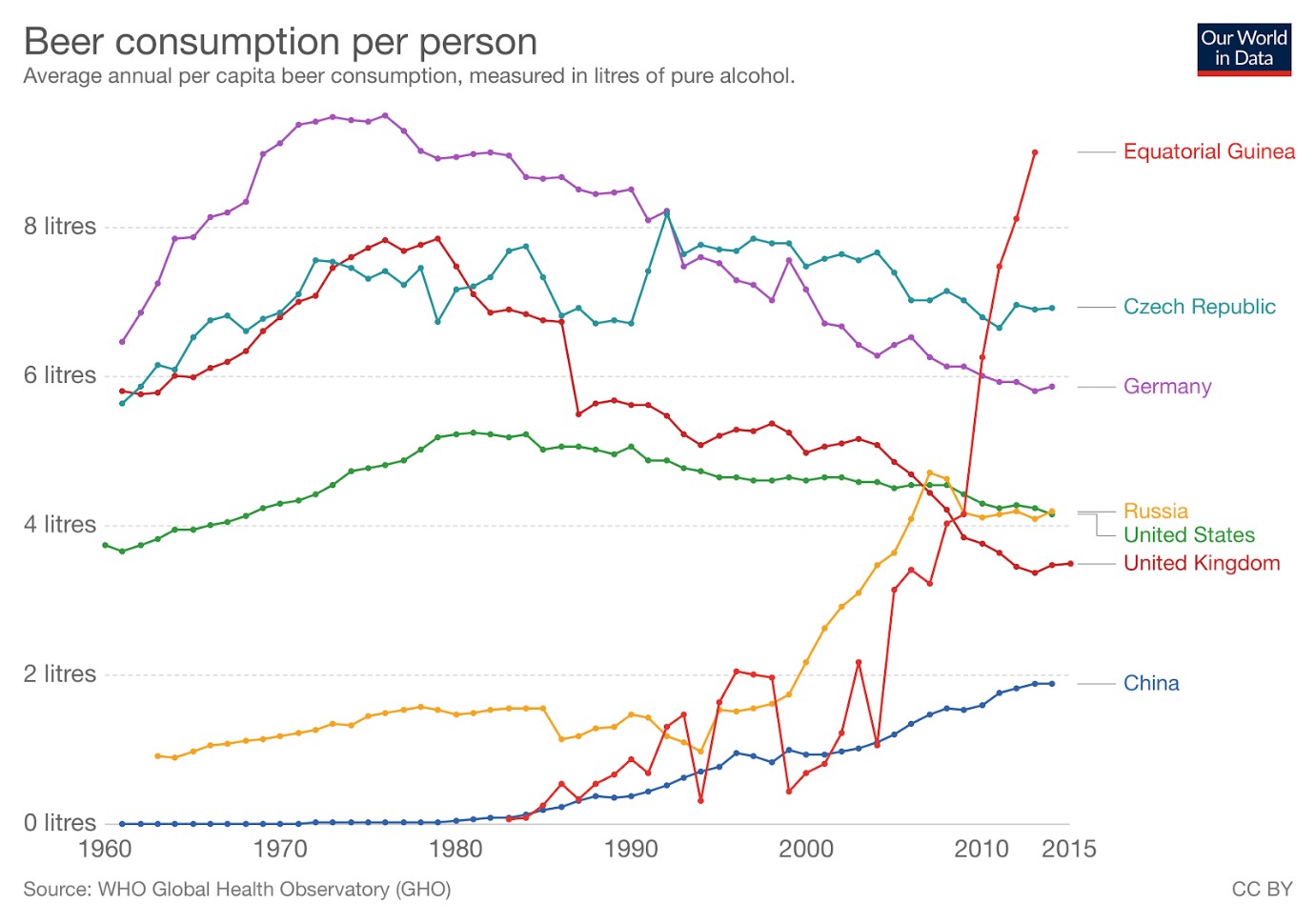 As we can see, the global trend of lowering alcohol consumption encompasses the Americas and Europe, where not only large corporations but also small businesses quickly adapt that international movement. Heineken, a market mammoth, has always had a flexible approach to the market.

What Is Heineken Today?

Heineken is the largest company in the Netherlands with headquarters in Amsterdam.

In the 1950s-1960s, Heineken concentrated on those markets where it was relatively easy to achieve success. The complex markets of Europe were temporarily left out. Only in the 1970s and 1980s, after the “light” markets were covered, Heineken turned to Europe, resulting in a number of acquisitions and equity participation in the breweries of many countries.

In 1997, Heineken became a partner of the James Bond film franchise. The collaboration began with the film “Tomorrow Will Never Die,” and has been going on for twenty years. Heineken paid $ 45 million for participation in Skyfall. In the film, Bond took a sip of the brand’s beer. Plus a whole Heineken ad beer marketing strategy was launched, dedicated to the film.

Due to its desire to further strengthen the international position of the brand, Heineken has developed a scheme for the development of new markets using exports, licensing and equity participation.

Heineken’s position in the US is also one of the examples of flexible market behavior. In terms of brand positioning, Heineken’s European heritage plays a key role. For this reason, Heineken was never produced in the USA but was always exported from Holland.

The Appearance of the “Say Yes” Campaign

The company feels in which direction the wind is blowing. Surprisingly, alcohol loses its position in the context of entertainment. Instead of continuing to bend their line, and put alcohol as the main hero at any possible occasion (such positioning hardly resonates with the average representative of the younger generation), the company preferred a modern solution for a modern situation.

Heineken launched the “Say Yes” campaign, which includes a new line of alcohol free Heineken and low-alcoholic beverages. This is the largest investment in this market segment in the history of the company.

Maintaining contact with the buyer and giving them what they want is a win-win position for Heineken. Setting up communication with the buyer and amendments to in-store and on-trade visibility played their part in raising the hype around non-alcoholic beverages. The company is able to adapt to the changing tastes of the younger generation, to maintain a positive reputation and attract new customers with a robust advertising campaign.

The younger generation is interested in a healthy lifestyle, which is inseparable from one or another brand in the modern world. People are looking for low-alcohol alternatives at events such as mid-week dinner parties, lunch breaks at work and Sunday hangouts. Technically, you just need to take something to fuel your lifestyle. Today, the company is trying to show that it is possible, and may be cool to have 0.0.

The “Say Yes” campaign will last for six weeks to avoid overlap with other marketing campaigns.

Here we have a reasonable question: why not create an individual brand and not use it for these purposes? Currently, low-alcohol and non-alcohol beverages still account for approximately 0.2% of beer sales.

Despite this, Heineken predicts significant growth in this segment over the next three years. The company’s goal, in this case, is to be the leaders of the trend. If the beverage marketing trends are realized successfully in the frameworks of Heineken marketing strategy, profit will be higher by opening a new product category than investing additional resources in creating a new brand.

According to a recent study by the University College London, 30% of people 18-24 years old prefer a sober lifestyle, with almost 50% of people trying to cut the use of alcohol.

Sobriety As a New Market

Many have an interest in sobriety due to the growing interest in a healthy lifestyle. But where did this interest come from? It is not only about mindfulness and personal growth. The modern generation begins to get rid of sharp contrasts. In the case of alcohol, it is difficult to drink moderately. As a rule, in any event, people either drink alcohol or staying completely sober. To be the only sober person on a party is quite a difficult challenge for most people. On the other hand, drinking at every opportunity today is exhausting. Depletion is becoming a serious problem for millennials. Every new day becomes more dynamic and unpredictable. Today you need to stay focused like never before.

In addition, alcohol adversely affects the brain. Despite certain privileges, the younger generation is going through hard times in terms of mental issues. The biggest 21st-century issues are anxiety, depression and mental exhaustion. Alcohol, in this case, is too heavy carry on. In this regard, the average American is easier to cut off alcohol completely, or at least to reduce its use to a minimum.

Heineken’s move this way is a smart decision, as the average retailer is not able to fill the gap between Coca-Cola and a bottle of beer. Heineken is going to give people new alternatives with Heineken non alcoholic beer.

Genuinely, thanks to the Internet, which provides instant communication between the audience, the reputation of even the largest brand like Nike, can get a stunning slap. This inevitably leads to a huge drop in sales. However, such a state of affairs has a positive side. The white collars begin to hear the voice of their customers, who are taking control of the market and are really starting to dictate terms. Imposing products and values ​​to make a profit is outdated, and Heineken is well aware of this.

Ultimately, the world expects to see and taste the best non alcoholic beer, which will become an exceptional alternative to all the existing ones. The company can completely switch to non-alcoholic products, keeping increasing sales and make modern society healthier and happier.

For more on the author you can find by visiting EssayPro, an essay writing service, Twitter Native Advertising Institute, LearnWoo, and TaskPigeon.

Elizabeth Price is a former Psychology student of Montclair State University still eager to research almost any topic. She works as an academic advisor and blog writer at EssayPro, an essay writing service. You can drop her a letter to elizabethprice993@gmail.com. Elizabeth is a contributor at such platforms as Native Advertising Institute, LearnWoo, and TaskPigeon.

View all posts by Elizabeth Price →