Posted on October 2, 2017 by DrinkPreneur in Beverage Innovations 0 Comments 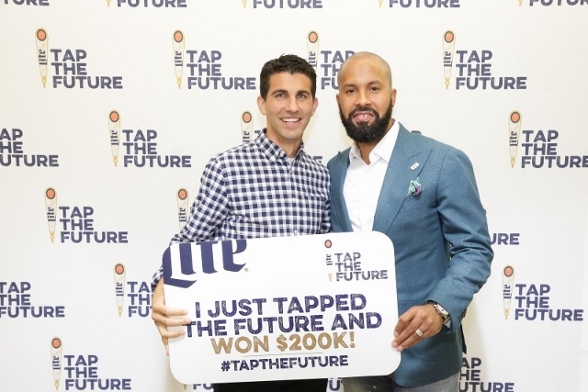 “For five years, Tap the Future rewarded entrepreneurs who hold true to an idea and believe in their business despite the challenges. Bounce Imaging proved to be this year’s standout from an impressive pool of competitors. Like the winners before them, we’re excited to make them apart of the Miller Lite Tap the Future legacy and we look forward to seeing the business grow and do well.”

Twenty-five semi-finalists were chosen from a pool of nearly 7,000 applicants for a chance to impress Daymond John and other judges at live pitch events all over the country.  Each of the five winning finalists from the first round received $20,000 and a chance at the grand prize of $100,000.

“We’re honored to be selected as the winners from this amazing pool of companies,” said Francisco Aguilar, CEO of Bounce Imaging. “This prize is going to help us continue to provide resources for first responders who put their lives on the line for us every day. We thank Miller Lite for the opportunity and we hope to make the Tap the Future program proud.”

Each of the other finalists received a $20,000 prize. This year’s finalists included:

Miller Lite Tap the Future, the competition that looks for business owners with a relentless commitment to entrepreneurship, will return in early 2018 to search for the next great business idea. Entrepreneurs will be able to compete for a chance to win a portion of a six-figure prize pool and receive expert advice from Tap the Future inspirational judges and community partners.