Posted on July 1, 2020 by DrinkPreneur in Brand News 0 Comments 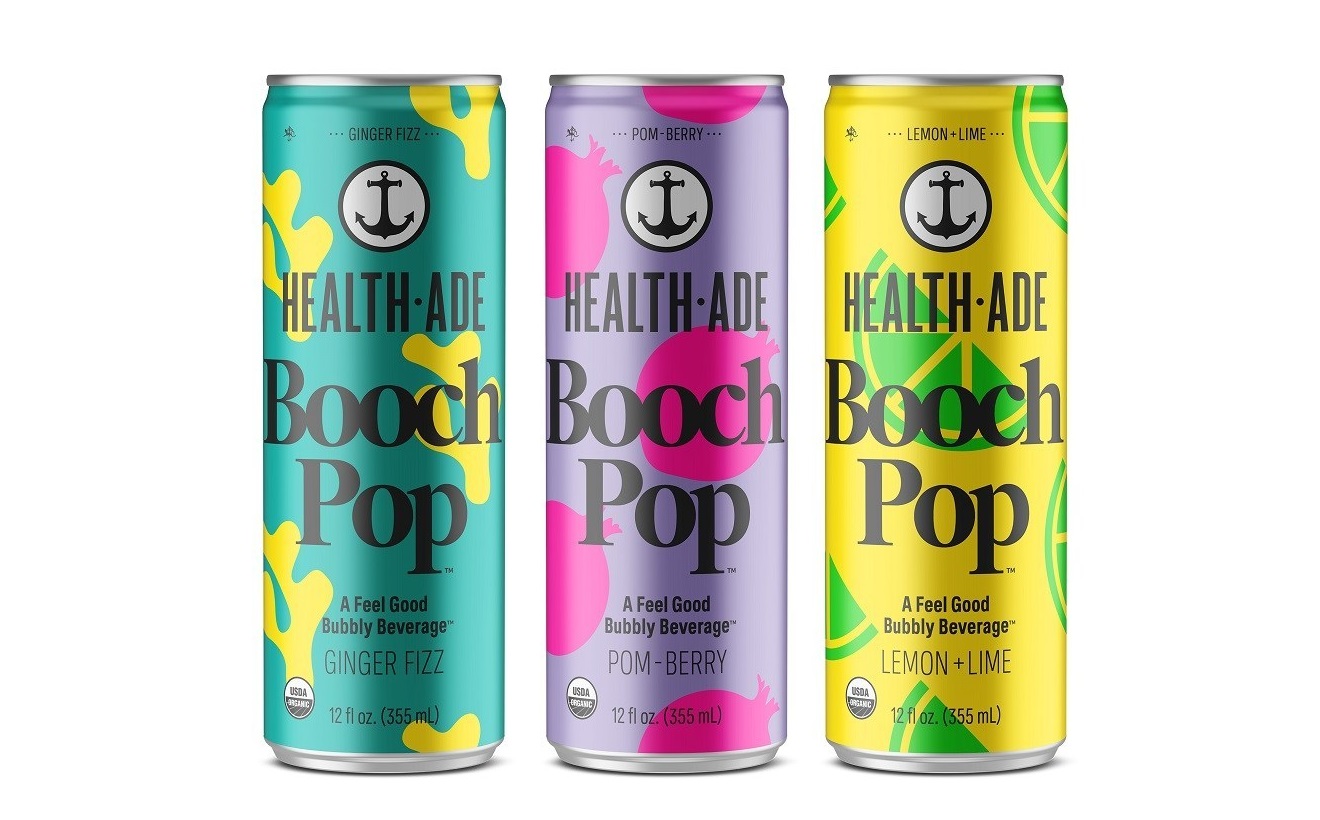 The notion of what a soda is — is changing for the better. The three beverage entrepreneurs behind Health-Ade know this and have created what could be the nation’s buzziest beverage this summer – Health-Ade Booch Pop. It’s what CEO Daina Trout is calling “a needed, celebratory addition to the beverage aisle. You’ll drink it because you WANT to, not because you feel you have to. It’s delicious and makes you feel good too.”

If Daina Trout’s name isn’t immediately familiar, the brand she co-founded, Health-Ade, is. For a generation of men and women who love the fermented, sparkling beverage known as kombucha, Health-Ade is the brand of choice. Its popularity and success led to the creation of Health-Ade Booch Pop, a totally new kind of soda: lightly carbonated, with prebiotics, minerals, and healthy acids from fermentation. These unexpected and good-for-your-gut ingredients — with the full-flavored satisfaction that’s often missing from better-for-you options — are the foundation of a drink you’ll describe as “soda, redefined.”

“Health-Ade Booch Pop is the evolution of soda. When we first launched this company, our dream was to make our original kombucha drinks and healthier, bubbly beverages a staple in every home in America. Health-Ade Booch Pop is another step forward to achieving that goal,” says Daina Trout. “I want people to discover that kombucha is versatile as a beverage ingredient and that soda doesn’t have to be made with the same stuff every time.”

Health-Ade Booch Pop is available in three flavors: Lemon+Lime, Ginger Fizz, and Pom-Berry. These flavors are now sold on Amazon and will be available in Los Angeles locations such as Gelson’s Markets and other retailers starting this summer. Health-Ade Booch Pop plans to introduce additional flavors in the future. The drinks are sold in 12 fl. oz. recyclable aluminum cans with a suggested retail price of $2.49 for a single unit, $20.00 for an 8-pack or $30.00 for a 12-pack.

“Health-Ade Booch Pop has the potential to open up an entirely new category of soda, because after months of staying at home, we’re revisiting everything we eat and drink, and looking for little moments of joy and celebration. Drinking Health-Ade Booch Pop is one of those moments,” says Daina Trout.