Pepsi Turns Up The Heat This Summer With New Release 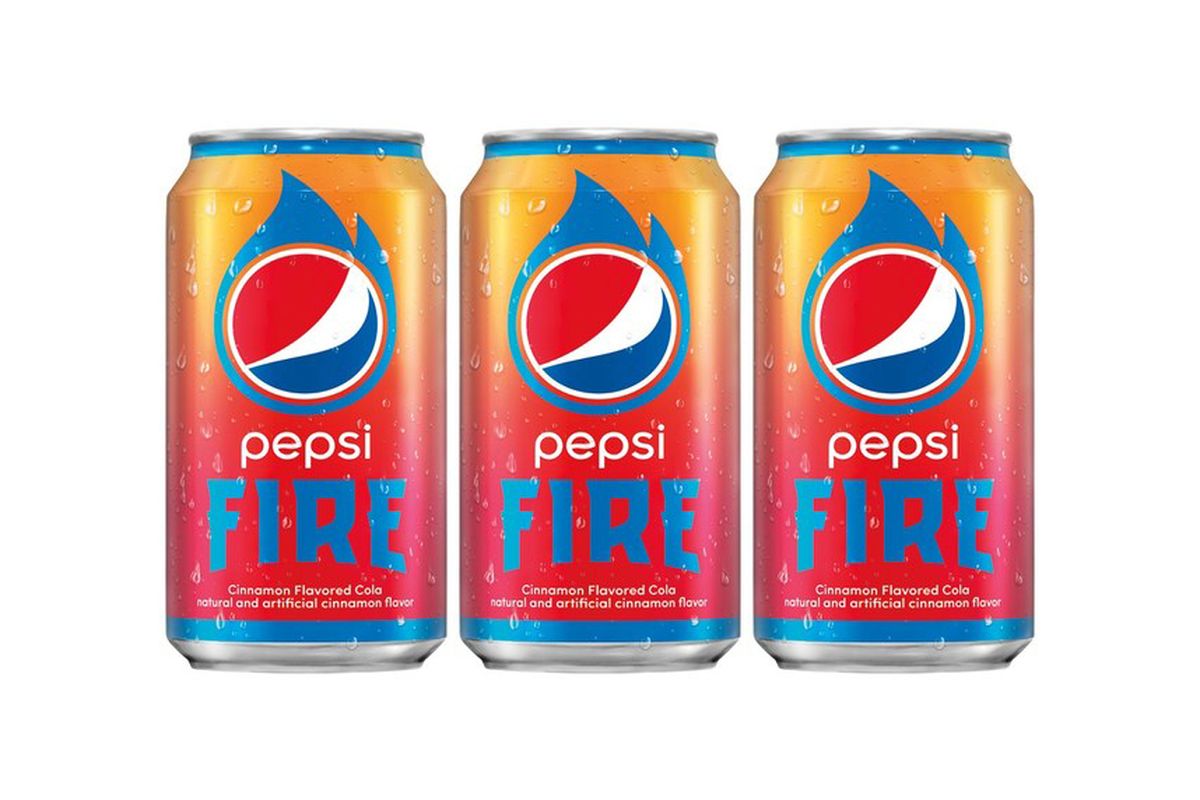 Pepsi is encouraging fans to “Get It While It’s Hot™” with the launch of its newest limited-edition beverage, Pepsi Fire. Beginning May 22, Pepsi Fire – the refreshing cola with a cinnamon flavored twist – will be available in stores nationwide for an eight-week period.

That’s not all that is heating up this summer. From May 22 through July 16, fans who find specially marked packs of Pepsi Fire, Pepsi, Diet Pepsi, Pepsi Zero Sugar and Pepsi Wild Cherry can “Snap-Unlock-Win” a chance to take home thousands of the season’s hottest prizes. In a first-of-its-kind promotion, select Pepsi brand packaging will feature a Snapcode that unlocks a variety of exclusive Snapchat features, including unique Lenses, Geofilters and a new Pepsi mobile game.

“Summer is one of the most anticipated times of the year, and Pepsi Fire is going to ignite this season with an unexpected and spicy twist to our classic cola taste,” said Lauren Cohen, Director, Marketing, Pepsi.

“We know Pepsi fans love spending time on Snapchat, and we are excited to offer them a chance to Snap their way to one of one-thousand gaming consoles, a trip to Lollapalooza or a CONAN show meet-and-greet.”

To unlock exclusive Pepsi content and experiences, Snapchatters can point the Snapchat camera at the on-pack Snapcode and press and hold to scan. By unlocking the mobile game, consumers can also enter a sweepstakes where 10 lucky winners per day will take home big ticket items, including hard to find new gaming consoles, festival fly-away experiences and a chance to attend a taping of TBS’s CONAN plus meet-and-greet.

The summer campaign will be supported by digital, out of home and on-air advertising, including a new national TV commercial launching in June. In a summer-long series, Pepsi will also partner with TV’s favorite fiery late night host, TBS’s Conan O’Brien, for special content across TV, digital and social.

Pepsi Fire will be available at major retailers in 20 oz. bottles and 12-oz. can 12-packs. A limited edition Pepsi Fire Slurpee drink will be available exclusively at participating 7-Eleven stores across the country through the end of June, making the hottest drink of summer – cool.