Posted on February 21, 2017 by DrinkPreneur in Brand News 0 Comments 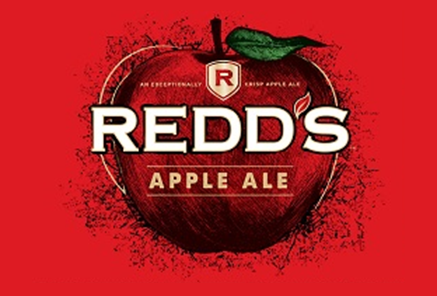 Similar  to the original Redd’s Apple Ale, all new flavors are five percent alcohol by volume, and each adds a unique twist to the signature crisp apple taste Redd’s is known for:

The 2017 “Limited Pick” special releases will feature two new, exciting beers to be released over the course of the year. First up is Redd’s Peach Ale, a beer that leads with ripe peach notes balanced with Redd’s gratifying apple taste. Stay tuned for more information on the “Limited Pick” series second flavor.

“There are two things we know our beer drinkers love: trying new things and flavor variety. This is why we’re excited to bring different ingredients together and turn them into new refreshing beers,” said Lisa Rudman, Redd’s Family of Brands marketing manager.

“We always strive to deliver the best quality beer and this year is no different for Redd’s Apple Ale, as the 2017 product line-up is filled with new flavors and surprises.”

In addition to the new beer offerings, Redd’s will be releasing new TV spots in March and entirely updated packaging in May. The brand might be getting a new look, but the beer will continue to be the crisp and refreshing ale fans have come to know and love.