Posted on February 9, 2017 by DrinkPreneur in Marketing 0 Comments 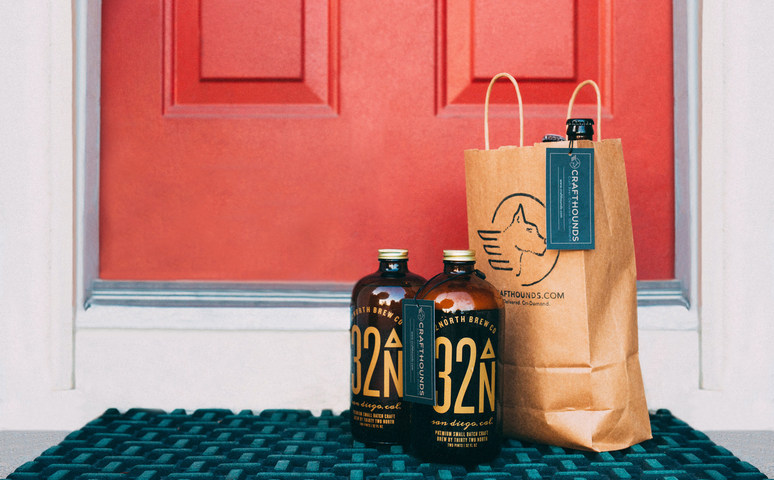 Through the company’s extensive network of breweries and bottle shop partners, CraftHounds is leveraging the support of the craft beer community to create a positive force far beyond the convenience of on-demand delivery.  For each order placed between February 1 – March 1, 2017 that contains a product from one of their partner breweries, CraftHounds will donate $1.00 to Paralyzed Veterans of America’s Mission: ABLE campaign to ensure veterans receive what they’ve earned and deserve:  care, jobs and benefits.

Director of Marketing, Adam Gendler, says “By CraftHounds bringing together breweries, bottle shops, and craft beer lovers across the city, together we can use our community’s collective power to be a positive driving force for those that have selflessly protected our freedom.”  Customers can shop and make a difference at www.CraftHounds.com/Veterans.

Chief Brewing Officer and Founder, Mike Hess of Mike Hess Brewing, says “When Lynda and I started Mike Hess Brewing, one of our core tenets was to build a company that would allow us to give back to our community and support causes which we deeply care about. As a Navy veteran, any opportunity where we can support our fellow servicemen and servicewomen is something we wholeheartedly support.”

Unlike other delivery services, consumers aren’t limited to their local store, but instead have access to the brewery itself for those who may want a growler filled.  Craft beer lovers can sort from nearly 4,000 types of brews and schedule delivery at their convenience at www.CraftHounds.com. Gendler went on to say, “We hope this month-long event with Paralyzed Veterans of America will show people the positive impact a community can have working together.  The power of community is what CraftHounds is built on, and we want to use that to give back to the veterans who have sacrificed for us.”