Posted on October 26, 2016 by DrinkPreneur in Marketing 0 Comments 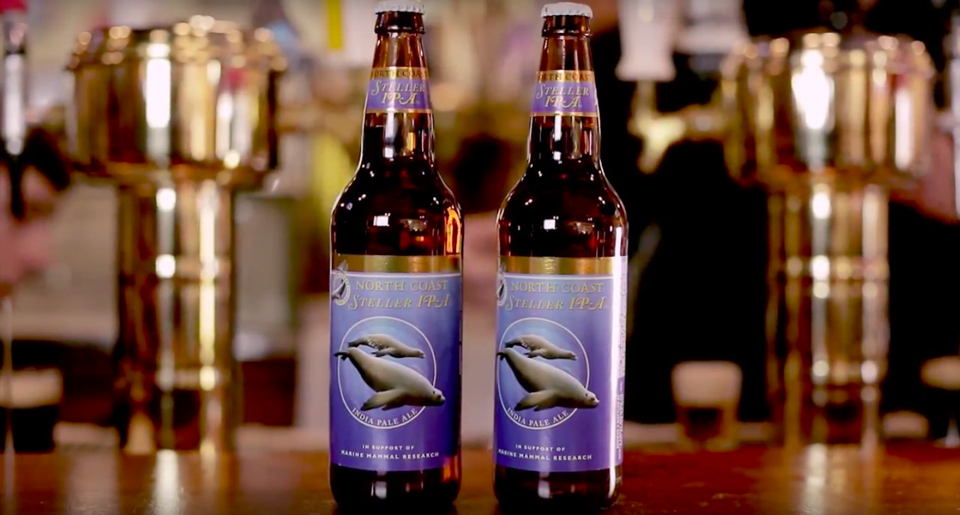 The ongoing thirst for the hippest and hoppiest IPA has taken a new turn – a conscience for conservation. North Coast Brewing Company located in Fort Bragg, CA, has launched a new brew which raises money for marine mammal research and rescue with the sale of every bottle or keg.

Through a unique partnership with the non-profit The Ocean Foundation, the brewery has created the North Coast Brewing Marine Mammal Fund to direct proceeds from the beer’s sales to The Marine Mammal Center based in Sausalito, the Noyo Center for Marine Science in Fort Bragg, and the Marine Mammal Research Unit at The University of British Columbia led by Dr. Andrew Trites.

Named after the Steller sea lion, the beer is brewed on the Mendocino Coast against the backdrop of the Pacific Ocean in close proximity to the migratory path of gray whales. In the spirit of the Mendocino Whale Wars of the late 1960’s, North Coast continues the region’s legacy of ocean protection by providing support for ocean research and rescue.

President and ocean-lover Mark Ruedrich explains his inspiration for the beer and the cause, “We are facing increasing threats to ocean life due to climate change and each of us needs to do something about it. These non-profit partners are all doing something about it. We have an opportunity to support them and in the process we are giving our customers the chance to be part of the solution.”

Philanthropic partnerships like this have made North Coast Brewing stand out in the beer industry. Recent certification as a B Corporation acknowledges their values-based approach to business and a commitment to serving the greater good as part of their bottom line. Their Brother Thelonious project has raised over a million dollars for jazz education.